On the way through the garden this morning, to continue working on the back drive, I paused to admire Jackie’s two new planters, originally candle-holders from Redcliffe Nursery. They display her usual flair. Turning into the drive, I encountered the trail made by a mole. As this stopped at the site of the bonfire, perhaps last night’s embers were still warm enough to deter it from popping its head out. 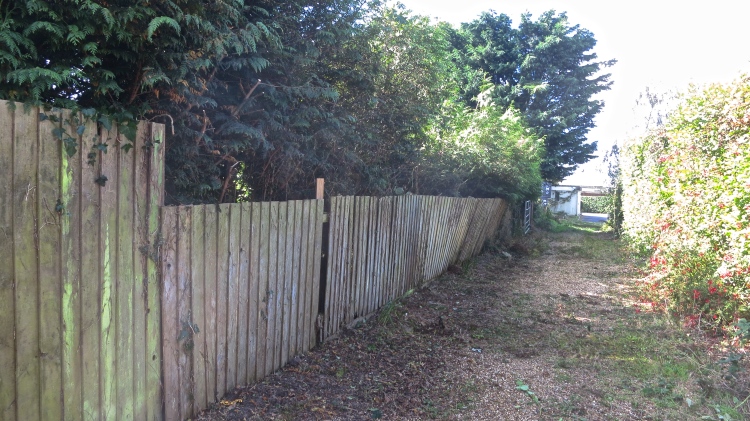 Jackie soon joined me and she made good progress pruning the conifers along the side of the fence between us and 5 Downton Lane.

Hampered by wire netting through which grew thick brambles and a number of trees, I, however, taking the whole morning, covered about two yards. Three hours and a couple of feet separate these two photographs. After that we stopped for lunch. 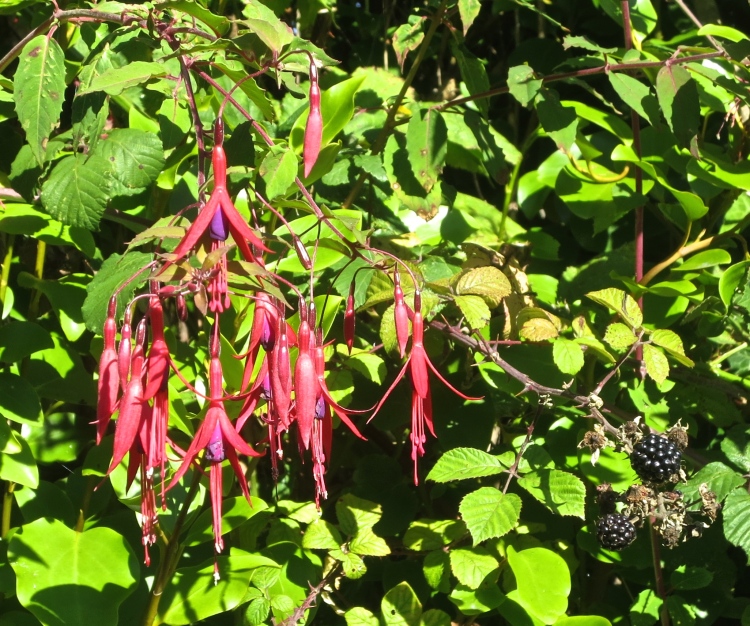 A little further down, some fine hardy fuchsias form a splendid hedge. They blend well with the blackberries, which we are picking as we go along. Butterflies are enjoying our long summer. 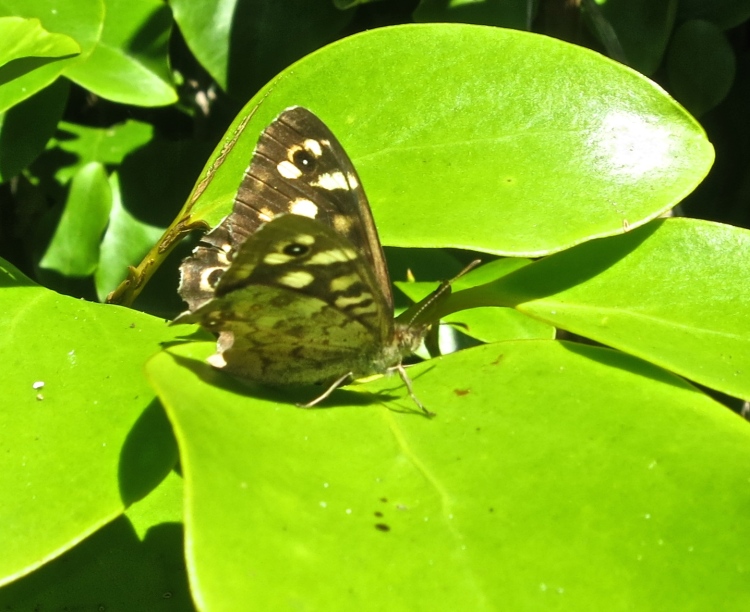 A Red Admiral seemed particularly partial to the blackberries, while the broad shiny leaves of trees we cannot identify bore a Comma and a Speckled Wood. 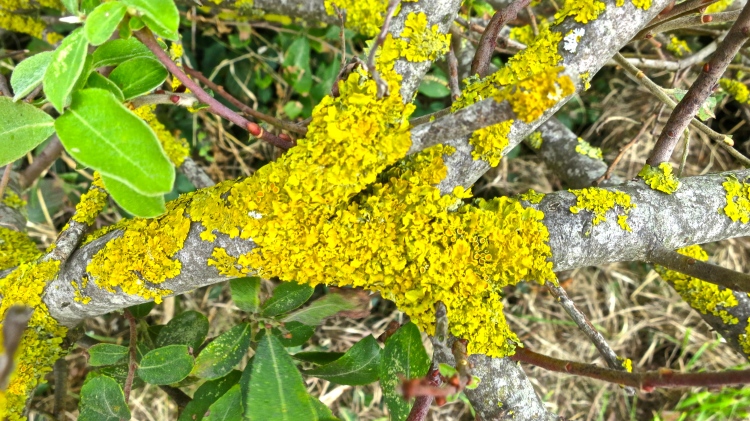 For variety, I took the longer Downton Lane/coast road route to the shingle beneath Hordle cliff, and returned via Shorefield. A jelly babies wrapper, linaria vulgaris, lichen, and dandelions, one of which attracted a small cricket, lent golden touches to the hedgerows. 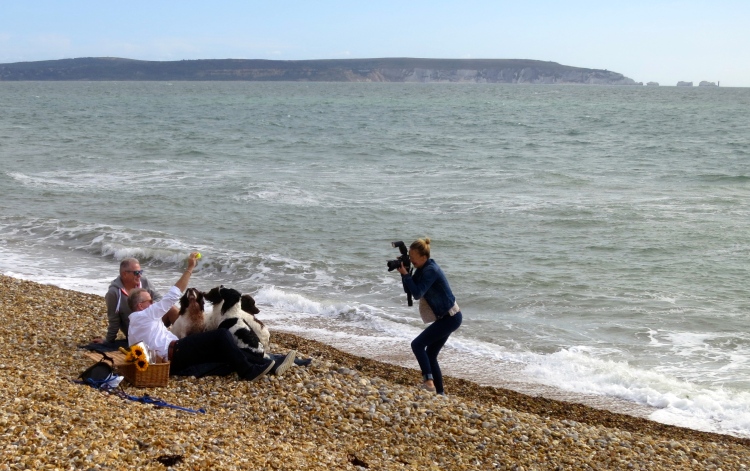 Variations on this hue were provided by rust stains running down from the iron hinge of a beach hut, and by the tennis ball being held up by a gentleman encouraging four spaniels to pose for their photograph. 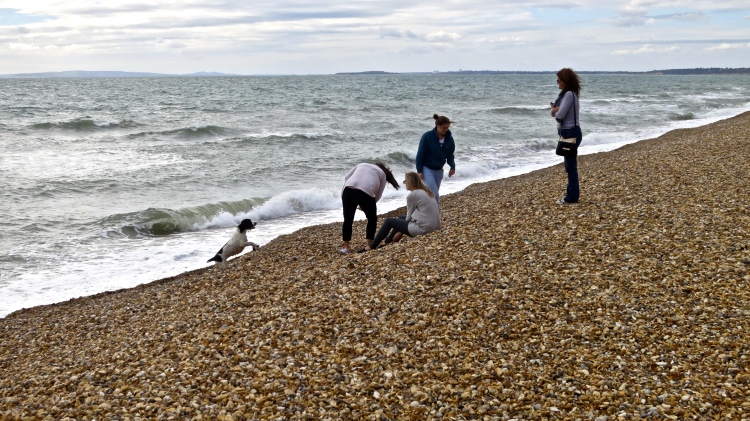 It was a day for spaniels, one of whom frolicked with a group of four young women.

This evening we dined at Daniel’s in Highcliffe. We each enjoyed haddock and chips, mushy peas, and onion rings. I drank tea, and Jackie drank coffee.