On this dull, overcast, day, Aaron and Robin made considerable headway on weeding the gravel paths. Certain alliums that self seed everywhere, when wrenched from the paths, fill the air with the smell of onions, nowhere near as appetising as when they are being fried.

Jackie did some planting in the front garden.

This afternoon we drove out to Pilley Cottage Garden on Pilley Hill near Lymington. 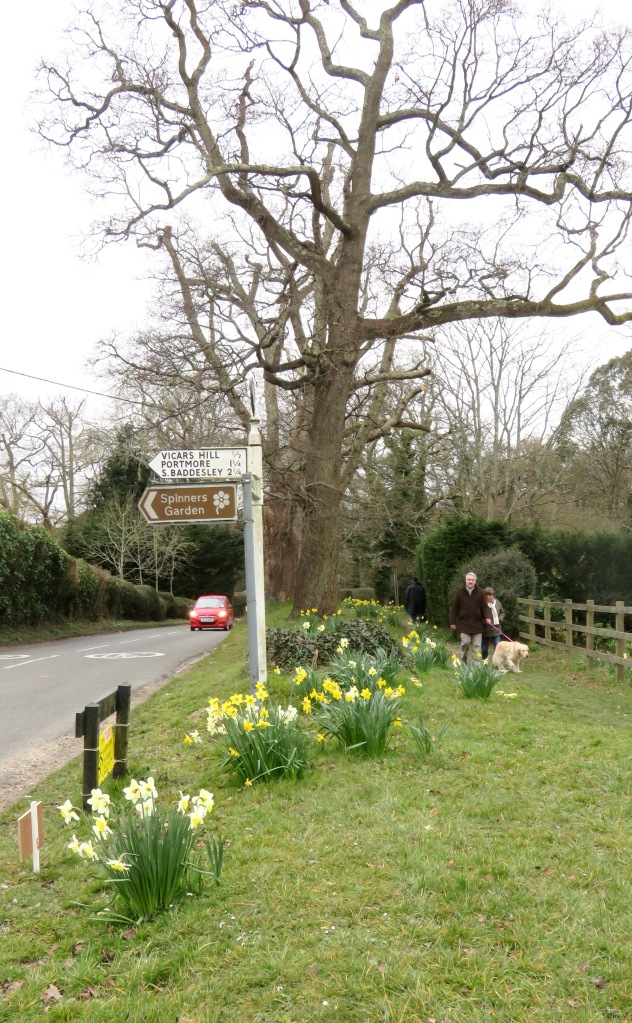 Jackie parked the car in the School Car Park and we walked down the daffodil-lined hill to the cottage.

We were warmly welcomed by Stephanie who opens her garden, featuring its own swathes of narcissi, as part of the National Gardens Scheme.

In the left foreground of this picture stems of willow, pressed into the soil, have sprouted. Others, equally apparently rooted, provide arches such as that further back on the left, through which a visitor has walked.

We were pleased to note so many people viewing on what was quite a cold day.

The couple in the centre of this shot have just crossed a bridge conveniently laid over a potentially boggy area. The lines seen in the foreground are placed to deter visitors from venturing onto other muddy patches.

On the right of the next photograph can be seen a pergola made of live willow. 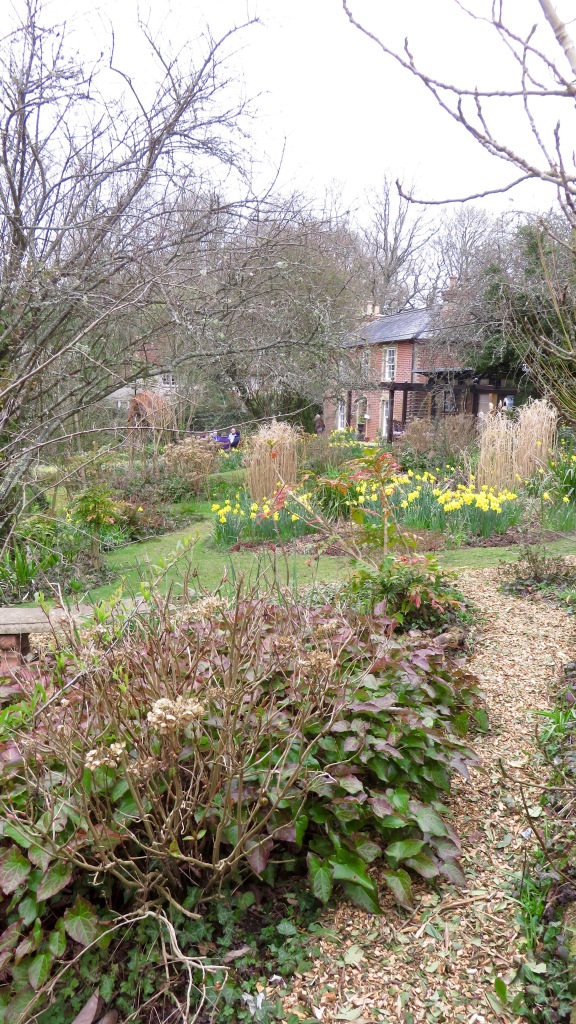 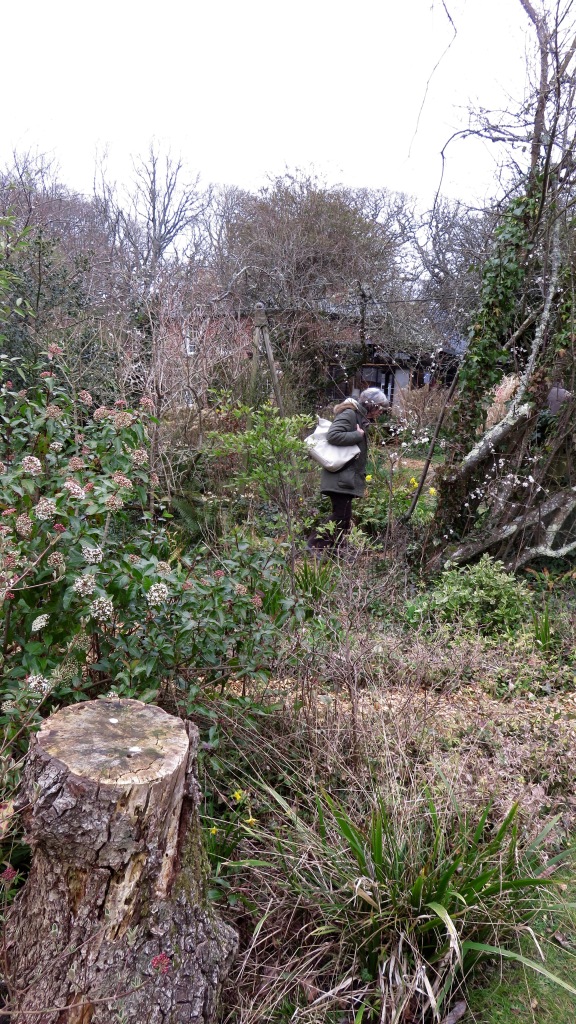 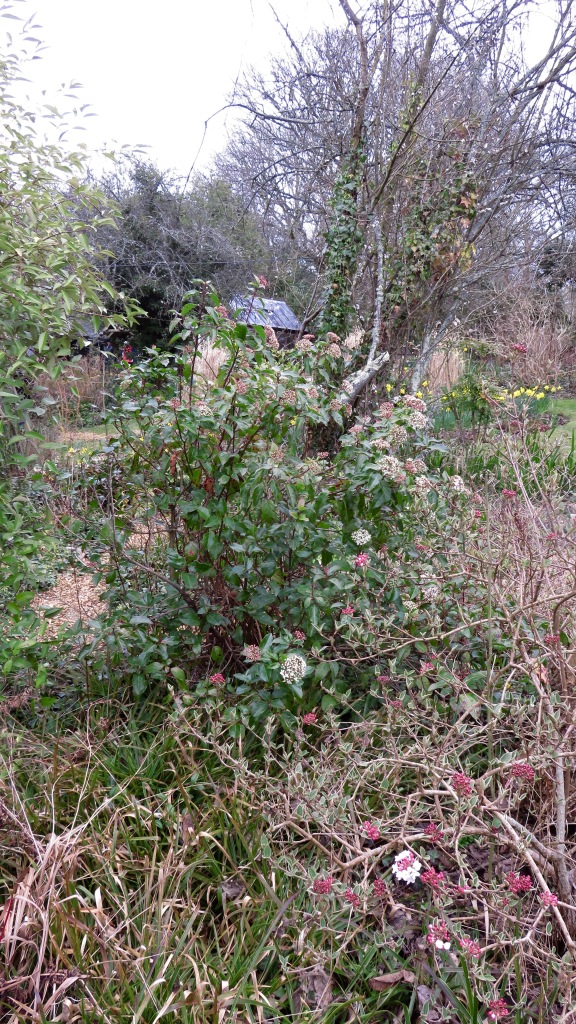 The hilly nature of the plot offered intriguing views on different, terraced, levels.

Strategically placed sawn logs weathered beautifully in the beds, providing homes for flora such as ferns, and no doubt fauna.

Even the shed was an attraction. 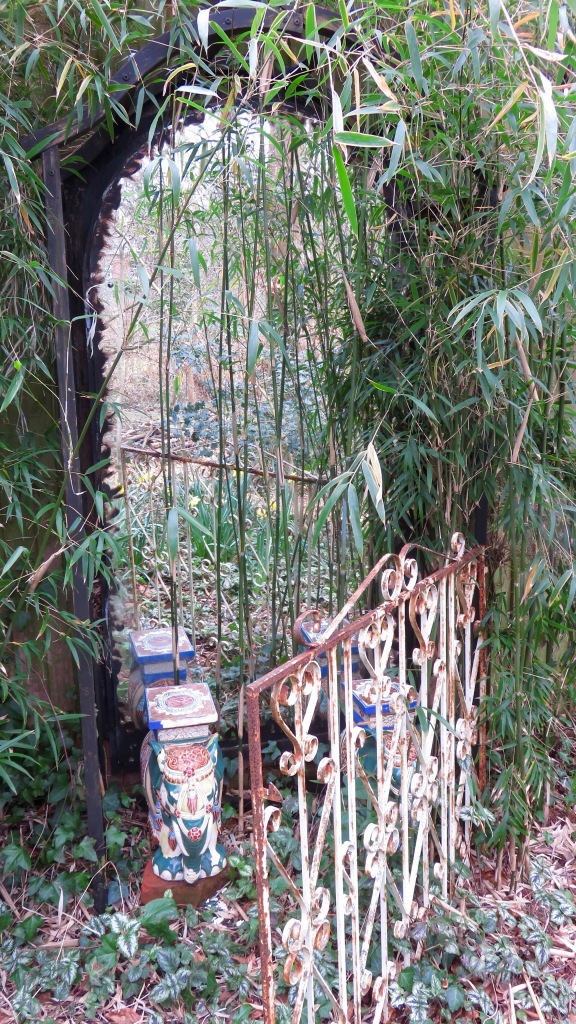 A gate at the top of the slope opened onto a deceptive arch. Can you see the trick? This photograph contains one of the many examples of fascinating pottery, 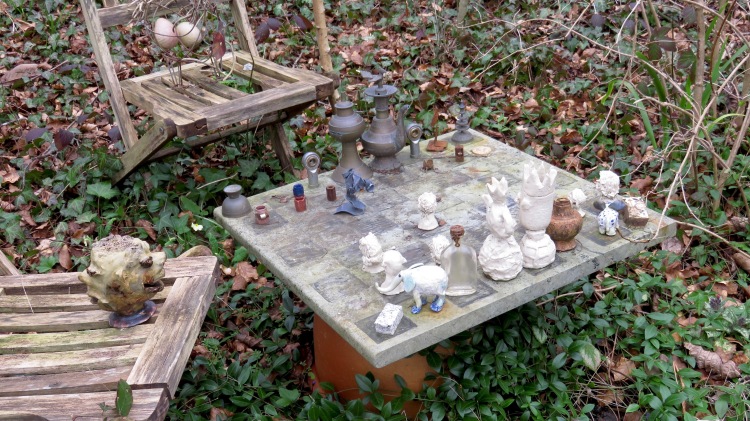 such as this abandoned game of chess, 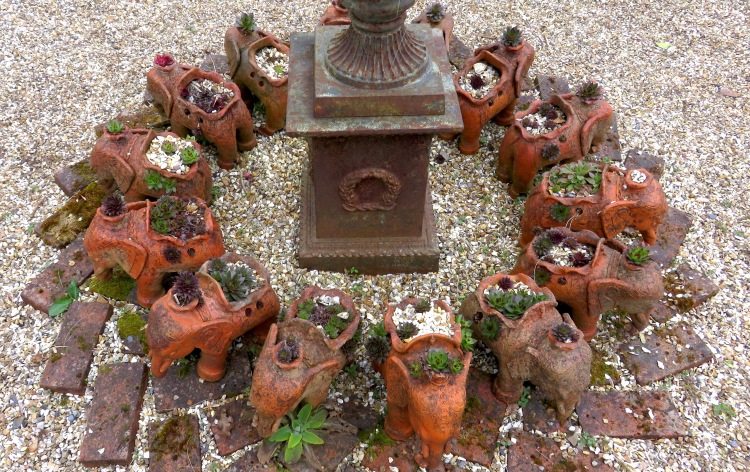 or this ring of elephants bearing succulents, 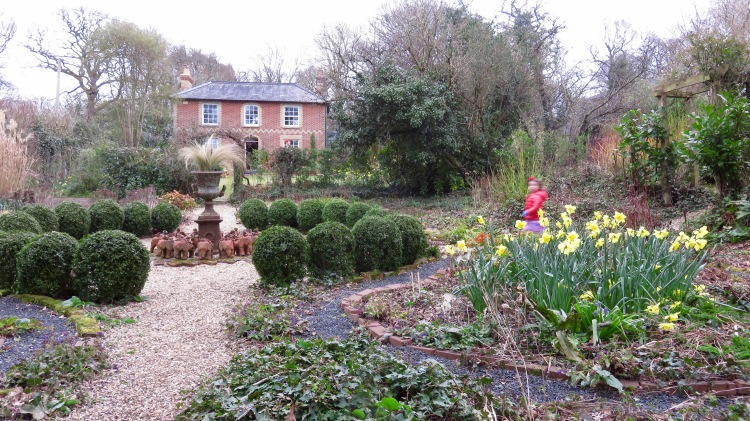 within the circumference of which Jackie contemplated the layout,

before we wandered up to the house for tea, and, of course, the purchase of two plants.

We considered this trip an excellent way to brighten a dull day.

55 thoughts on “To Brighten A Dull Day”