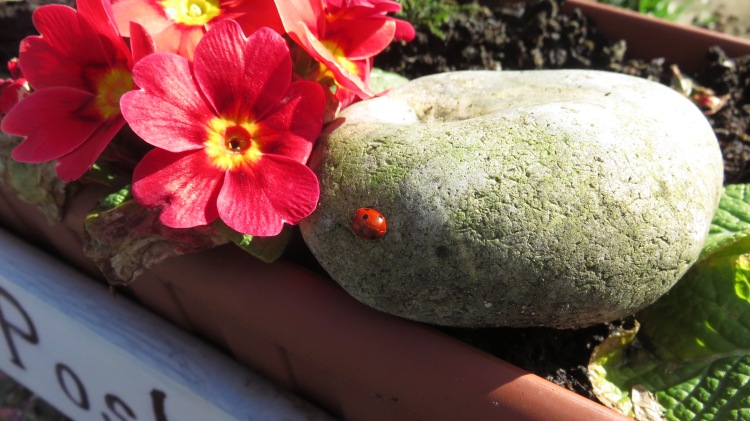 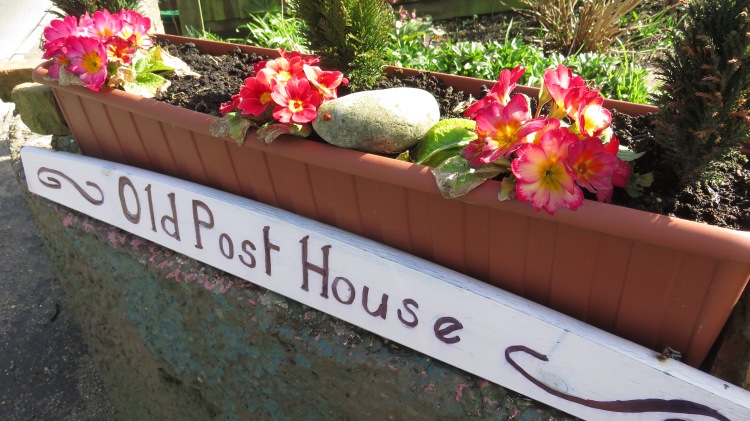 I very rarely stage a photograph, so I probably wouldn’t have thought of Jackie’s ladybird shots this morning. She spotted a somewhat sleepy ladybird – not literally of course, because this one already wore its spots – on a rounded pebble in a colourless corner. Thinking it needed something red to set it off, she picked up the pebble perch and plonked it among primulas in the window box on the front wall. The obliging insect stayed put.

We then filled two more canvas bags with hedge clippings and took them to the dump. Our spoils included two large pots and three folding wooden chairs.

Through the medium of donations of plants, seeds, gardening book and tools, the forthcoming First Gallery exhibition intends to raise funds for Southampton public libraries. Jackie will be donating some of the many seedlings that crop up in our paths and elsewhere in the garden. One of these is the geranium palmatum, a splendidly shrub-like perennial. 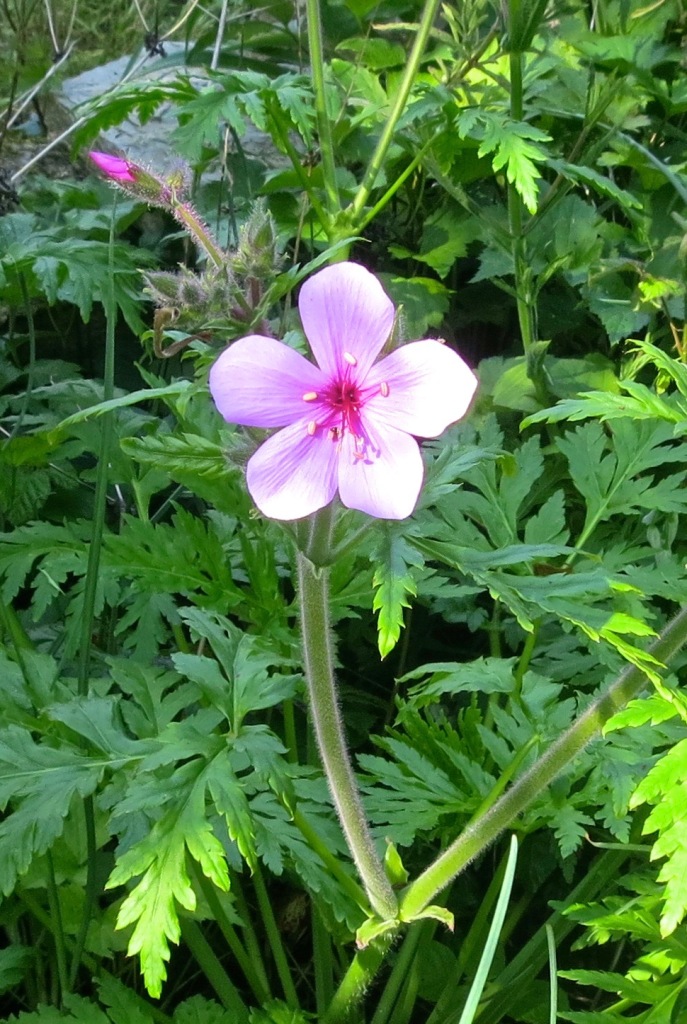 I made some small prints with which to enable buyers to know what they were purchasing.

This image of The Dead End Path shows the scale of the plants.

This afternoon I scanned another dozen colour negatives taken on my walk along the road to Bridgetown, Barbados, in March 2004. 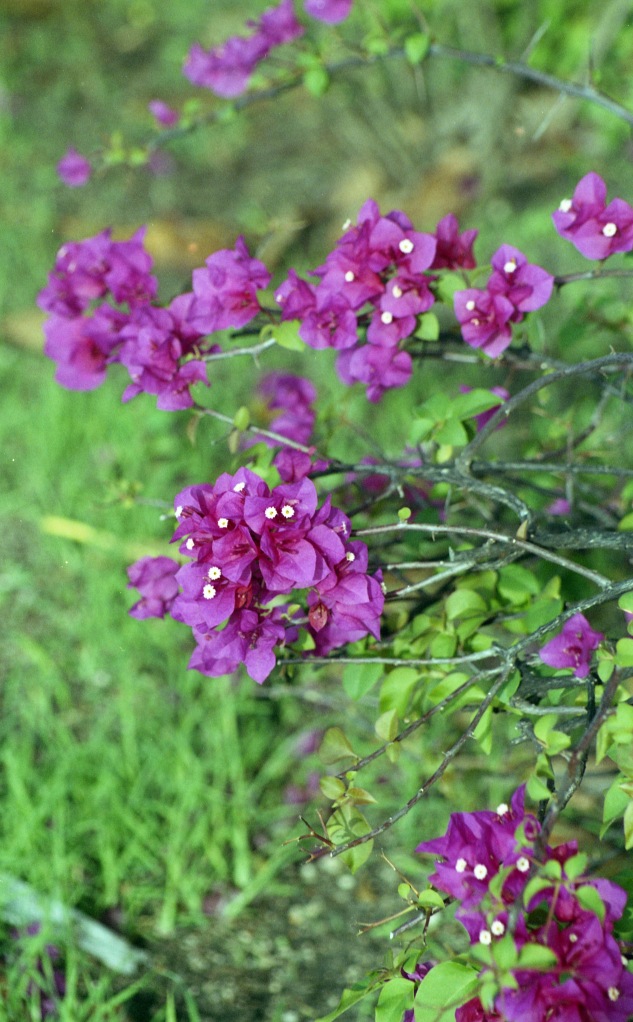 Most gardens contained a brightly coloured, prolific, bougainvillea, which also adorned the roadside.

Taxis were really people carriers who happily held the centre of the road as they careered along, 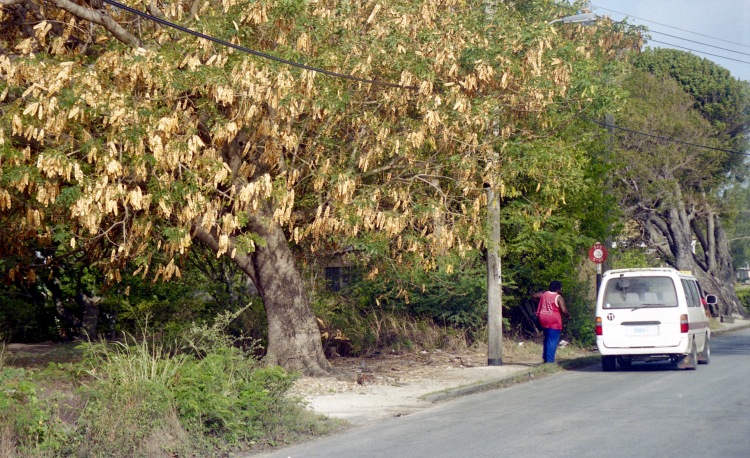 occasionally stopping to pick up passengers at bus stops. Were they actually a variety of bus, I wondered?

An elegant egret, craning its neck in the undergrowth,

Like the shady tree in the bus stop picture above 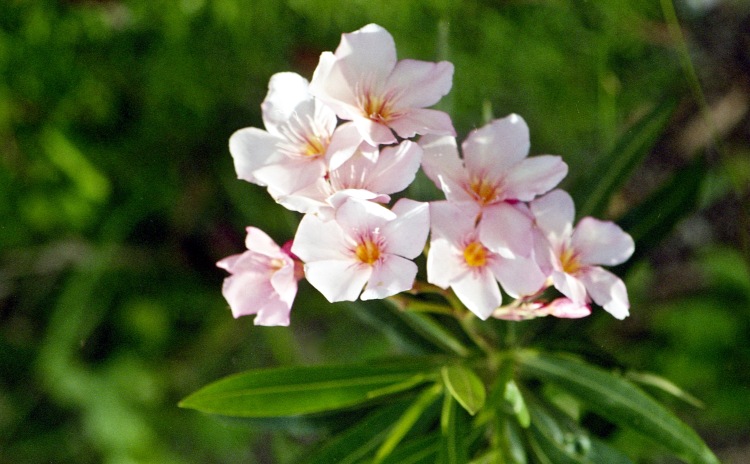 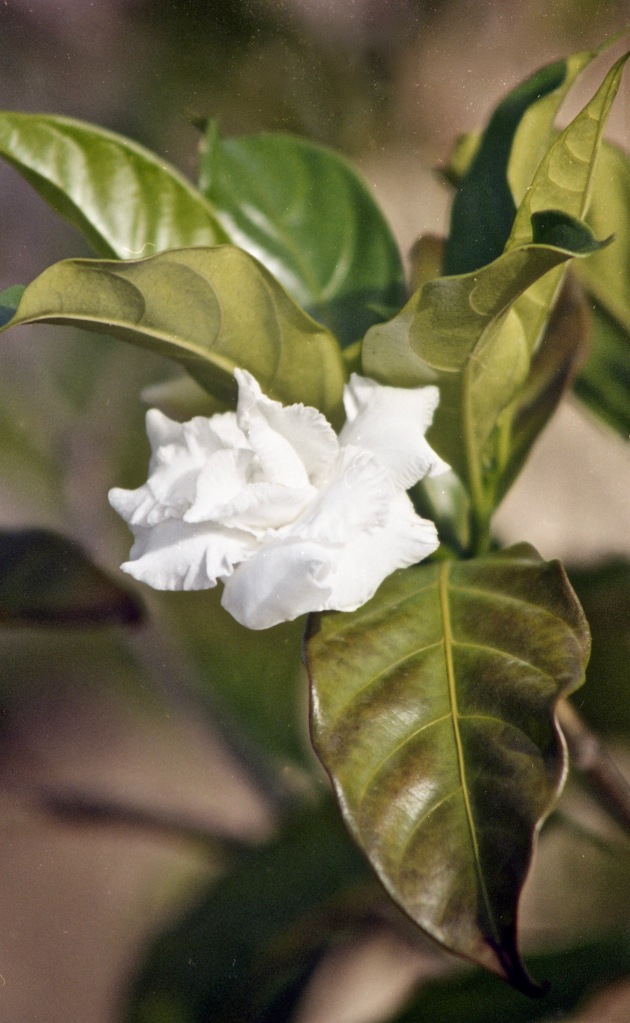 I could not identify many other blooming flowers.

48 thoughts on “On The Road To Bridgetown”