Jackie drove me to and from New Milton today, for me to take an uneventful journey to Waterloo and back, to lunch with Norman at Tas in The Cut.

I approached The Cut by walking across Waterloo Road and down Alaska Street to Cornwall Road where I turned right. The gentleman using his mobile phone was quite happy to appear in shot.

Further along Cornwall Road a multi-ethnic infant crocodile was led under a railway arch, 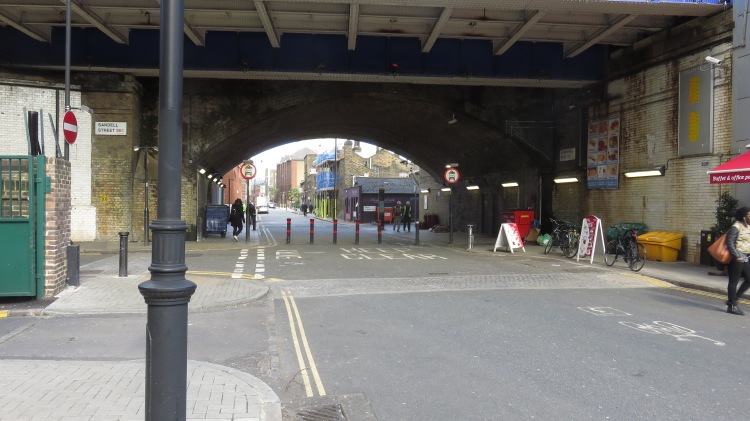 beneath which a pair of gentlemen in hard hats subsequently made their way, as the children filed through yellow cased scaffolding supports further up Cornwall Road. 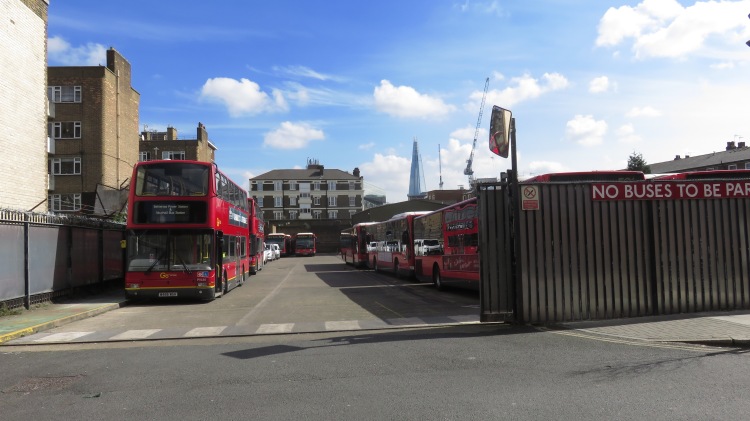 The bright red buses in their station, like Shakespeare’s players, have their exits and their entrances.

A uniformed conversation took place in The Cut,

and Bill Stickers changed the posters advertising the new programme.

Norman and I both chose tender lamb casserole followed by perfect baklava for our meal, and shared a very good bottle of the Anatolian house red wine. 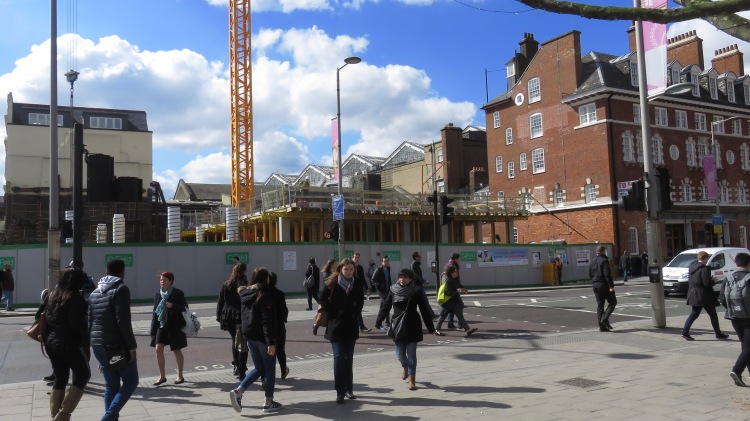 My return to the terminal railway station was taken along Waterloo Road where the foundations of the building alongside the old fire station appear to have been completed.

42 thoughts on “The Infant Crocodile”