Snatching half an hour of occasional sunshine before the expected gloom set in for the day, I wandered around the garden with my camera. 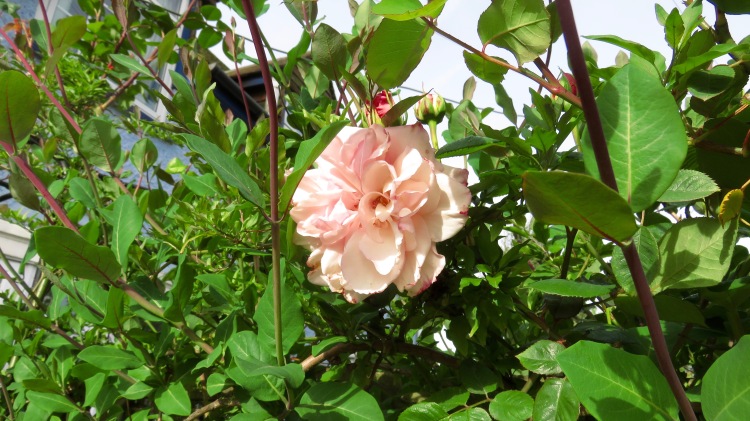 Two retrained pink climbing roses are in bloom along the front garden trellis.

We have masses of geraniums palmatum. Jackie took cuttings last year, and distributed some in the front, where they are thriving and will soon replace the wind-blown crab apple blossom from above.

Similar division has been effected with libertia. My method is described in the linked post. I would have been happy to write that the libertia here frolicked solely with alliums and bluebells against the red Japanese maple. Unfortunately when I put this picture up on screen it revealed the clinging velcro strings of lady’s bedstraw, a pernicious weed we have spent two years eradicating. That put a halt to my proceedings while I assisted The Head Gardener in its immediate removal.

The maple’s red foliage appears to be extended by a rhododendron on the other side of the grass.

Snapdragons are now fully out, this one fortuitously planted within sight of one of the residents of the Dragon Bed.

Walking straight on past the dragon leads to the Shady Path, so named because of its original state.

Running roughly parallel to the right of this is the Gazebo Path.

This is the view through the gazebo across the grass patch. 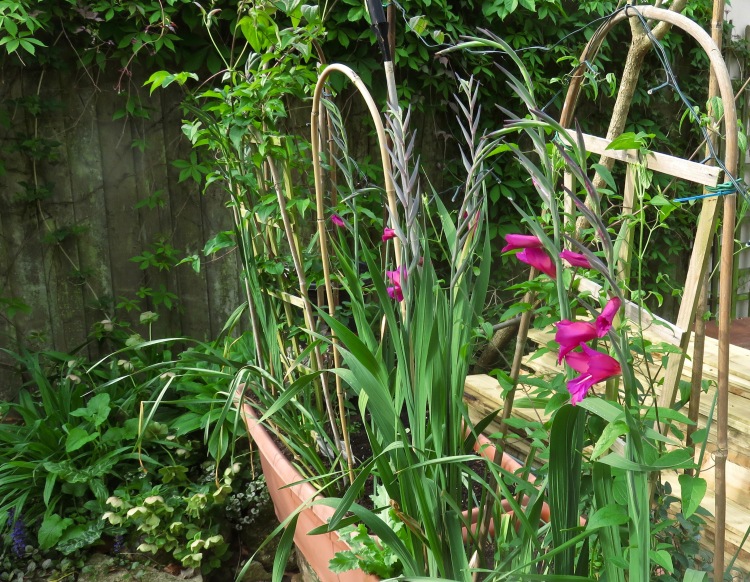 When we arrived here, some very poorly looking slender red gladioli struggled in poor soil outside the kitchen door. Our resident expert lifted the bulbs and replanted them in the boxes she arranged at the head of the back drive. They are standing proud and coming into flower.

A mature rhododendron has been rescued from the choking jungle, 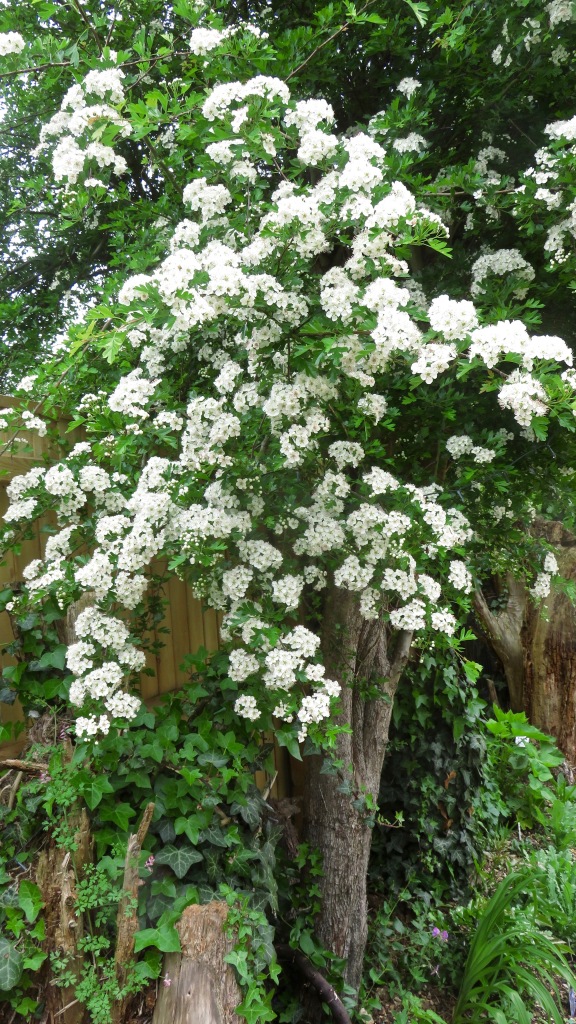 The hawthorn along the back drive has responded to pruning.

This evening we dined at Lal Quilla in Lymington. My main choice was Goan King Prawn, and Jackie’s sag chicken. We shared an egg paratha, special fried rice, and onion bahji; and both drank Kingfisher.