Being a little more alert and therefore capable of choosing which of the Olympic sports I watched, I confined myself to the rugby sevens.Otherwise I scanned more colour negatives from 1983. 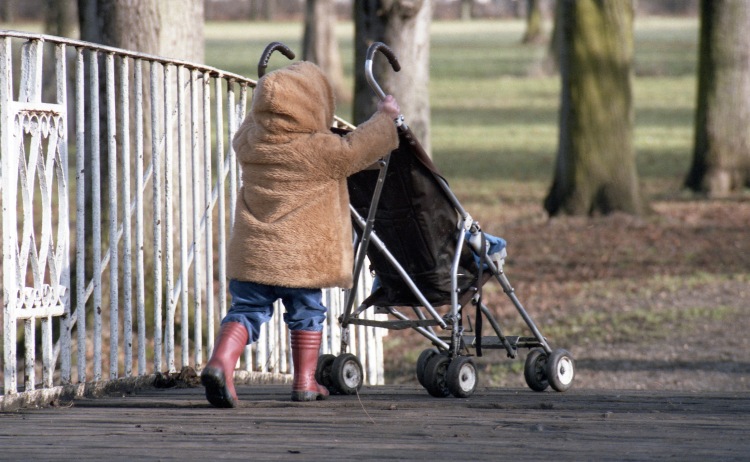 I could not have imagined when I photographed Louisa taking her pushchair for a trip over this bridge in Morden Hall Park, that, almost 30 years later, I would be living in Morden with Jackie, and would engage with another little girl and her mother playing Pooh Sticks from the same refurbished structure.

Sticklebacks on 27th July this year featured the four children fishing in the lake at Richmond Park. In Morden Hall Park the River Wandle was suitably stocked for them to repeat the process. 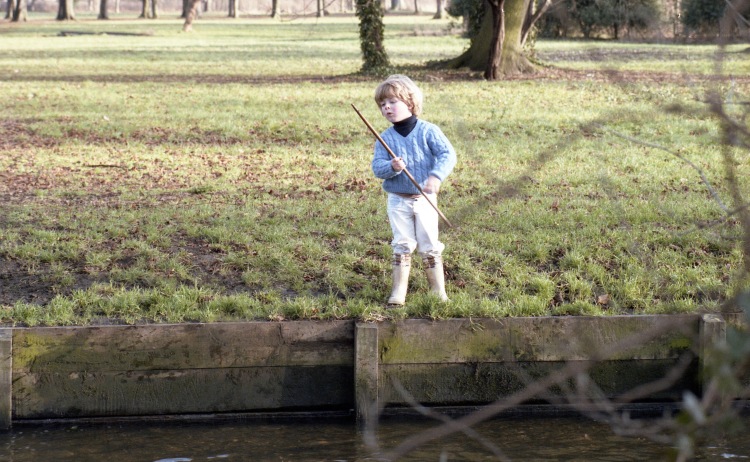 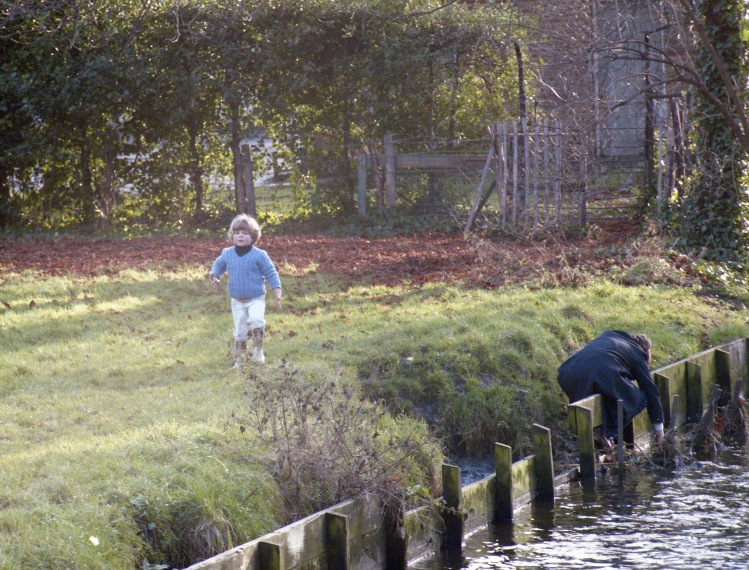 Becky has a poke in the river; 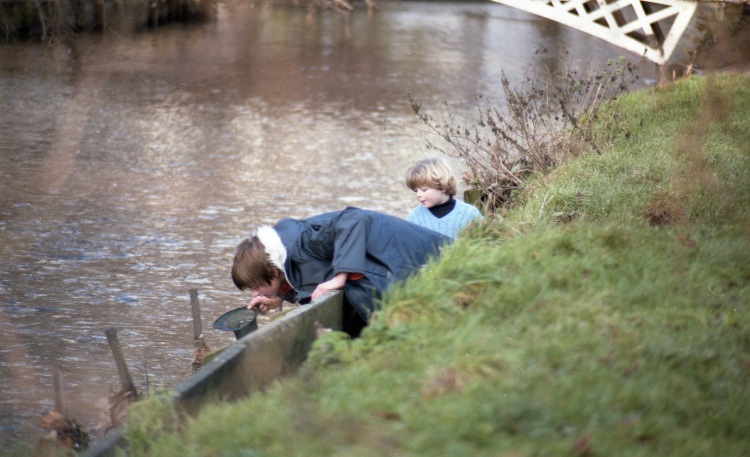 and Matthew, closely watched by his younger brother, inspects a catch. 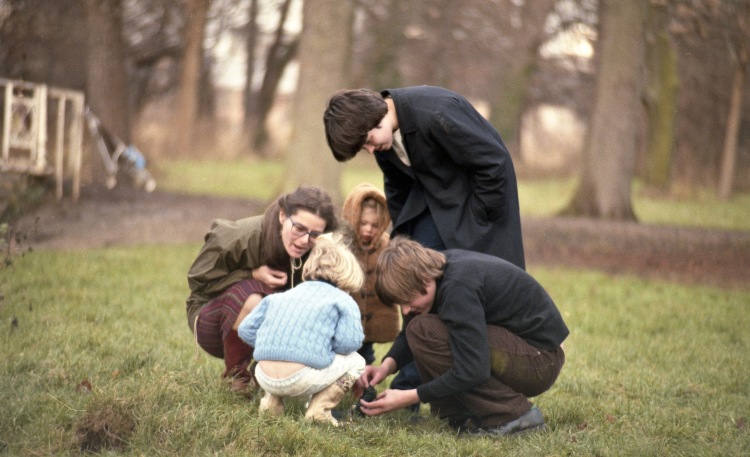 Goodness knows what, also involving Jessica, is being inspected here. It doesn’t look too savoury. 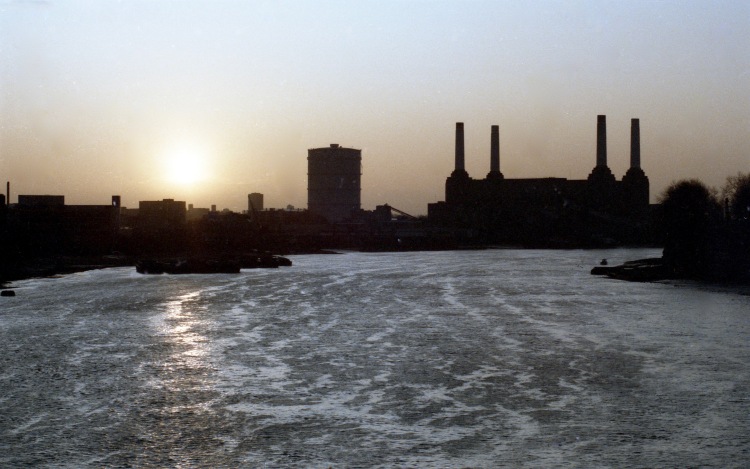 Were we on the River Thames when I made this image of Battersea Power Station? I’m not sure, but, by coincidence, this was the year the structure became empty and the controversies over its future use began. It is now an up-market housing development.

This is the logo of Wandsworth Borough Council. 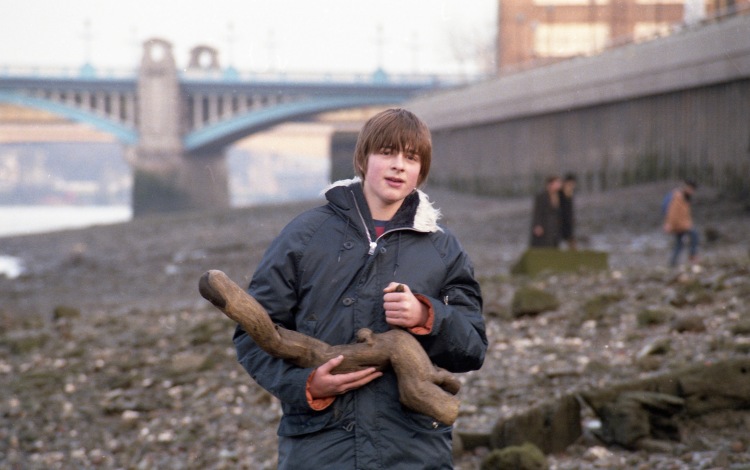 Further along the Thames lies Putney Bridge under which Matthew walks with a treasured find. This image featured on 23rd May, 2015, but I took that from a print because I had not found the negative. 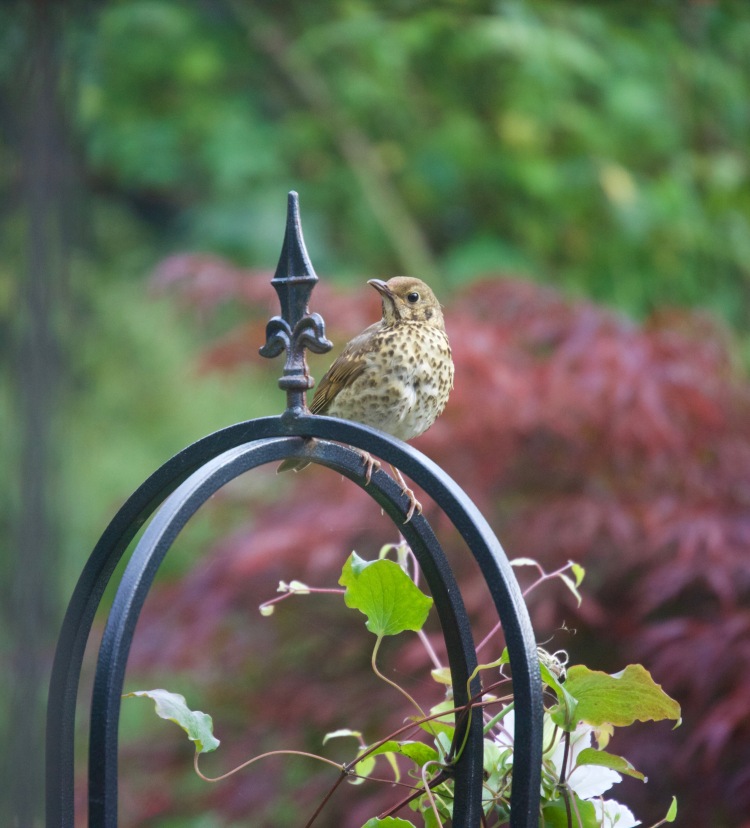 I trust Messrs Clarke and Knifton will agree that it was a thrush peering at us through the kitchen window as Jackie served up a splendid dinner of pork medallions, boiled potatoes, cauliflower and broccoli with tasty gravy. Neither we nor the thrush imbibed, although the bird did pop down to the Waterboy for a drink. While we ate, our spotted friend kept sliding down the curve of the obelisk upon which she stubbornly perched,

47 thoughts on “Across One Bridge And Under Another”