Today was largely overcast with the occasional glimpse of the sun. Jackie drove us to Mudeford and back.

We began with Avon Beach , which this couple walked along. 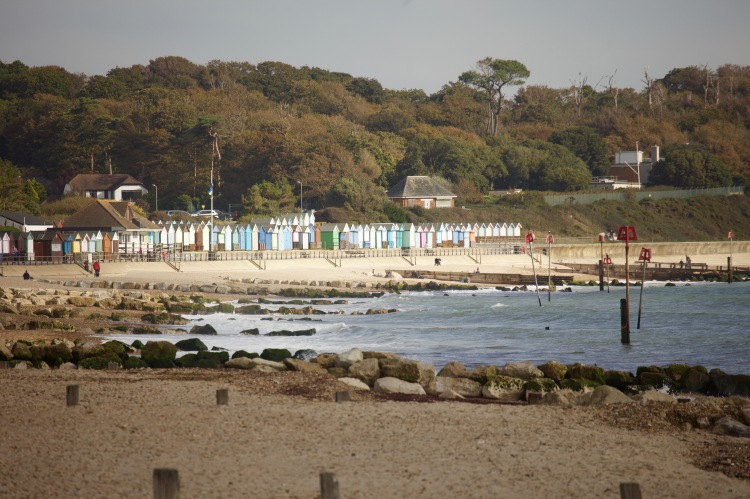 Maybe they reached as far as Friar’s Cliff Beach to the left.

The spray from the waves whooshing onto the shore reflected the red-brown tints of the seaweed they brought with them.

Gulls picked their way among the vegetation and the myriads of flies rising from it. 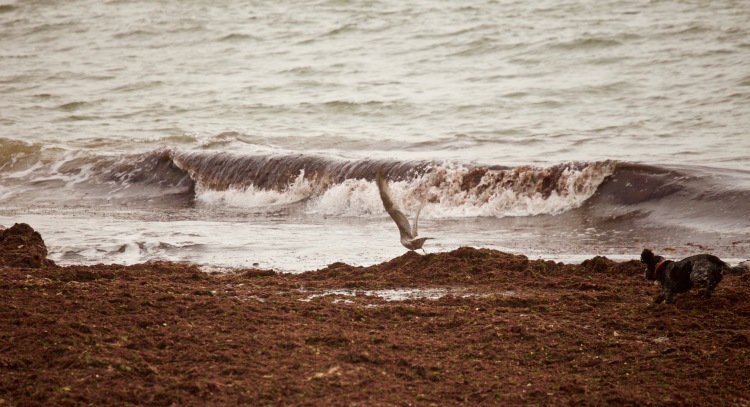 Dogs periodically dashed after the birds.

They would probably be astounded if they ever caught one. 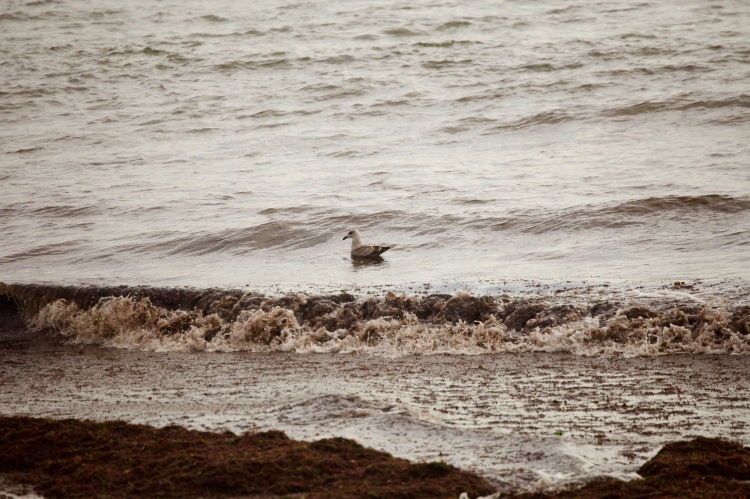 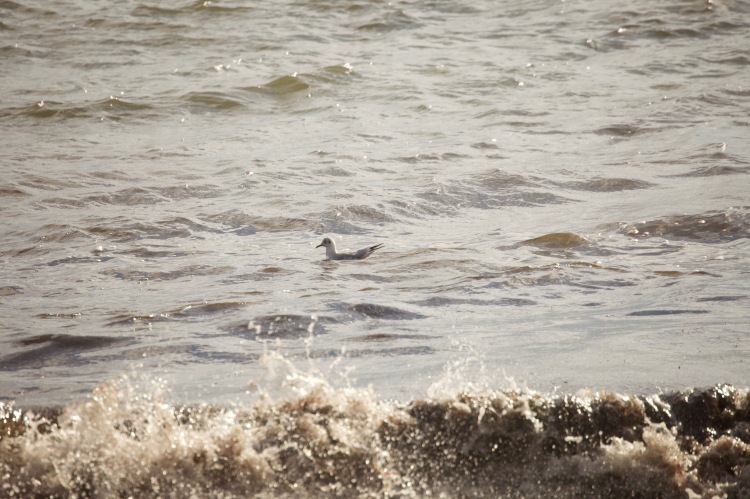 Bobbing up and down amidst the choppy surface, the gulls showed how surfing should be done. 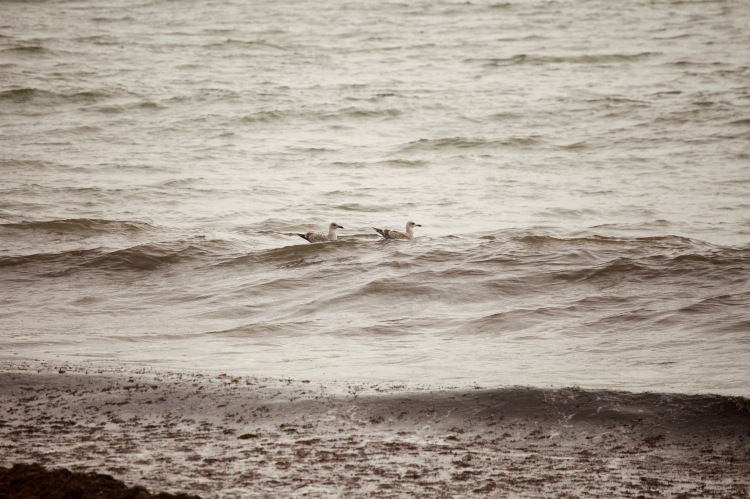 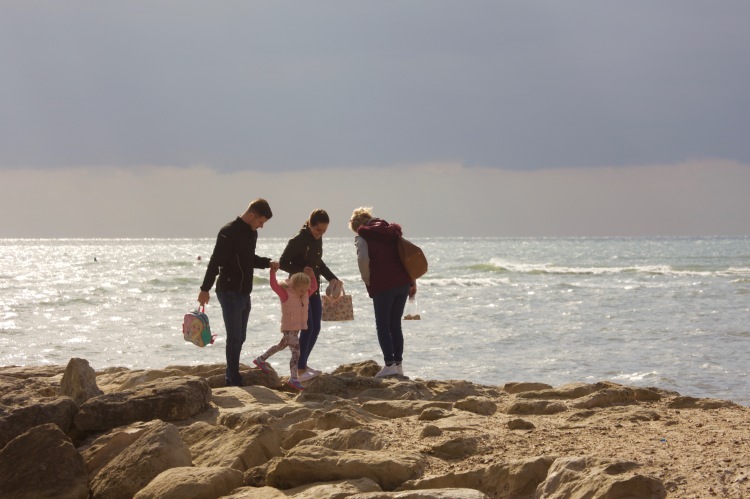 A family stepped out on a stone breakwater,

then one member photographed the others as I focussed on the Lifeguards Hut.

Periodically the sunlight slashed the horizon,

or pierced the clouds with gentler Jesus beams.

We moved on to Mudeford Quay, where the above photograph was taken.

A series of motor dinghies braved the choppy waters. 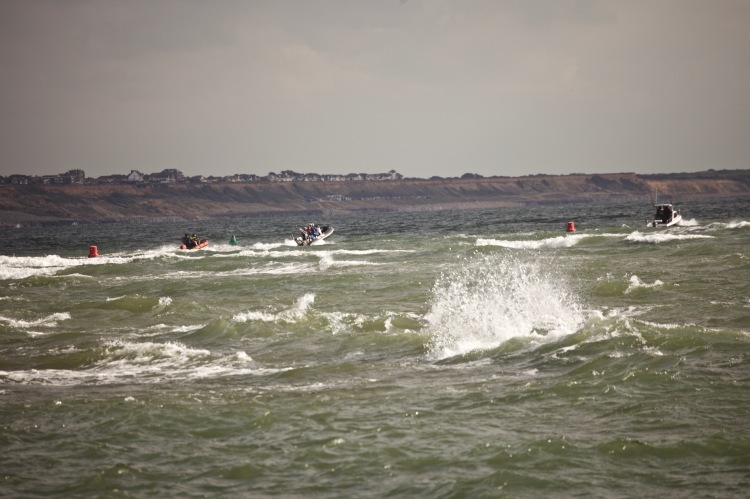 They battled through conflicting currents before turning to starboard and slaloming a series of buoys on their way to the open sea.

We think this is another Lifeguards Hut on a spit opposite the quay.

This evening we dined at Royal China in Lymington, where we enjoyed the usual excellent food and friendly service. We both drank Tsingtao beer.