Darting pin points of fleeting snow given added impetus by biting winds crossing Christchurch Bay failed to deter family out to enjoy fun on the sand, despite this morning’s gloom necessitating the use of car headlights.

For the first time this year my fingers tingled painfully as I plied my camera while Jackie snuggled up in the car with her puzzle book. The precipitation did not settle.

Children brought their own transport into play, in the form of smart scooters 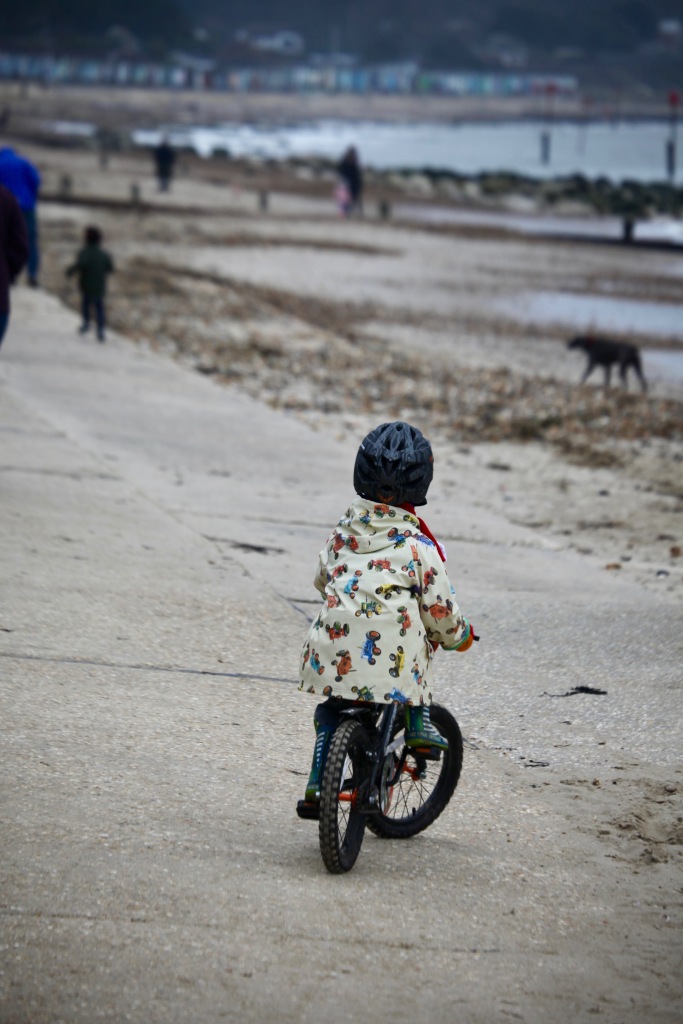 and a wobbly bicycle.

Judging by the gesticulation displayed in the twist of her free hand, one young woman was engaged in an animated mobile conversation. 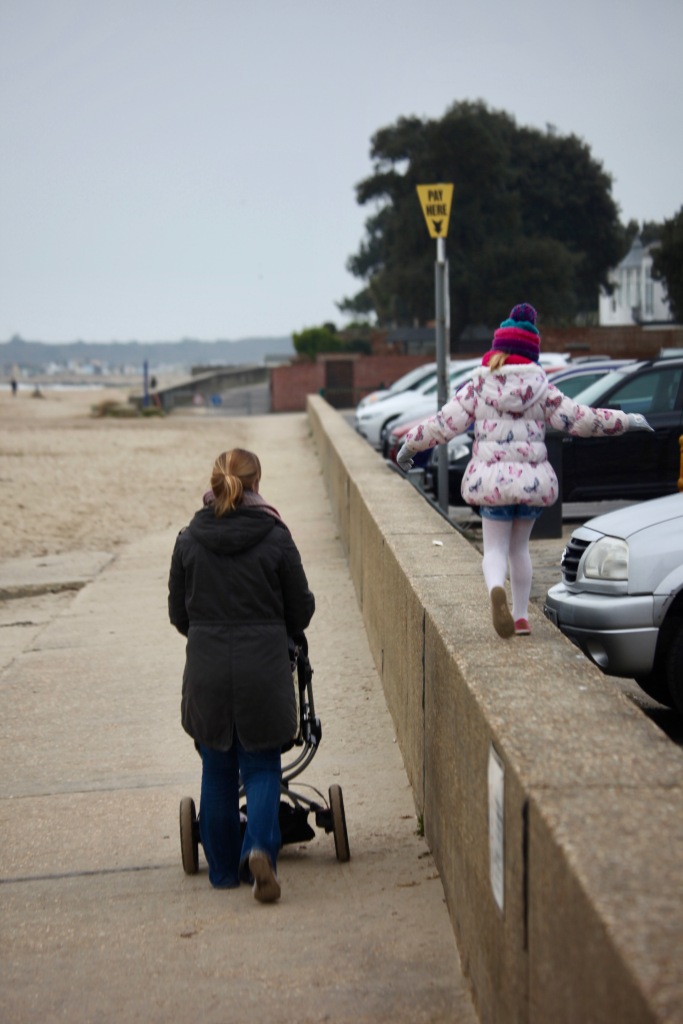 A little girl put the sea wall to the use for which it was intended. 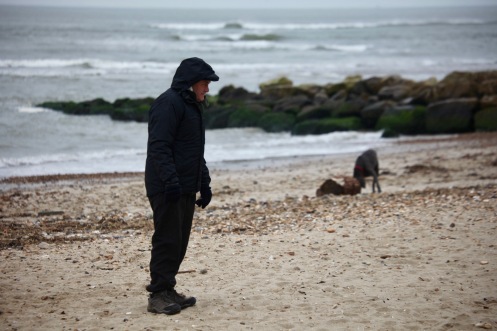 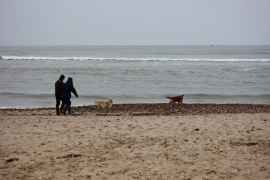 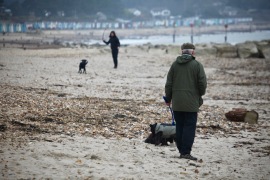 Dogs frolicked with or without their owners,

and made welcome new acquaintances. 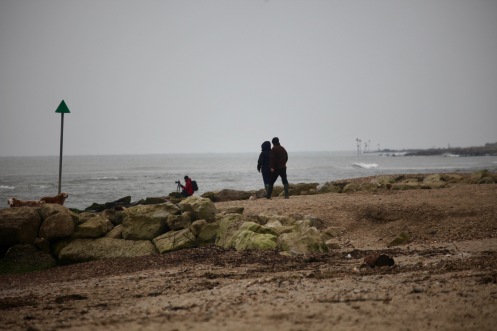 A photographer operated on the roaring waves with the use of a tripod and an extension cable. 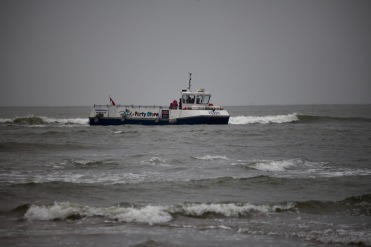 He wasn’t so concerned with the two ferry boats coming into harbour, bearing a few intrepid passengers.

A crow on the sand watched the incoming waves,

and a stranded cotton reel had once been bobbin’ on the tide.

On this second weekend of the Six Nations rugby tournament, I watched first ITV’s coverage of the game between Italy and Ireland in Rome, followed by Wales v. England on BBC in Cardiff. The first game was far too one-side to enthrall; the second one of the most thrilling I have ever seen.

Our dinner this evening (look away, Yvonne) consisted of Jackie’s hearty liver and bacon casserole, served with boiled potatoes, carrots, and curly kale. This was followed by Sicilian lemon tart and cream. Jackie drank Hoegaarden, my choice was Cimerosa Reserva Privada cabernet sauvignon 2015.