Aaron was so pleased with our John Cook sculpture of him that he asked for a photograph. Naturally I printed him a copy of each of those that appeared in ‘A Particularly Strong Clue’. 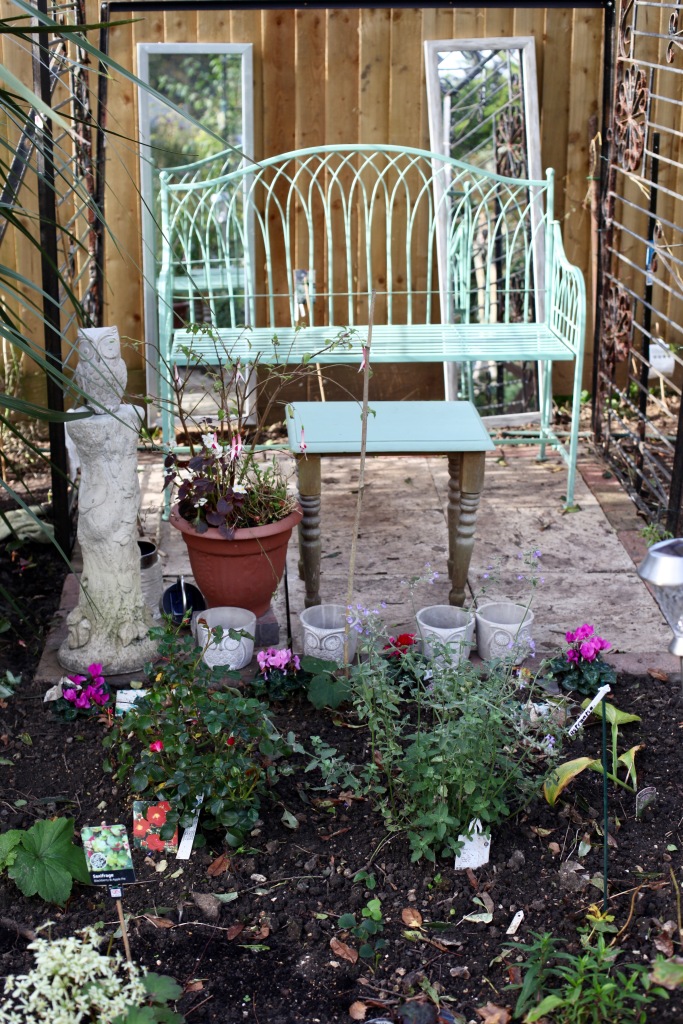 Among other tasks today, he strengthened the new recycled gates arbour, under which the owl now stands on its plinth. 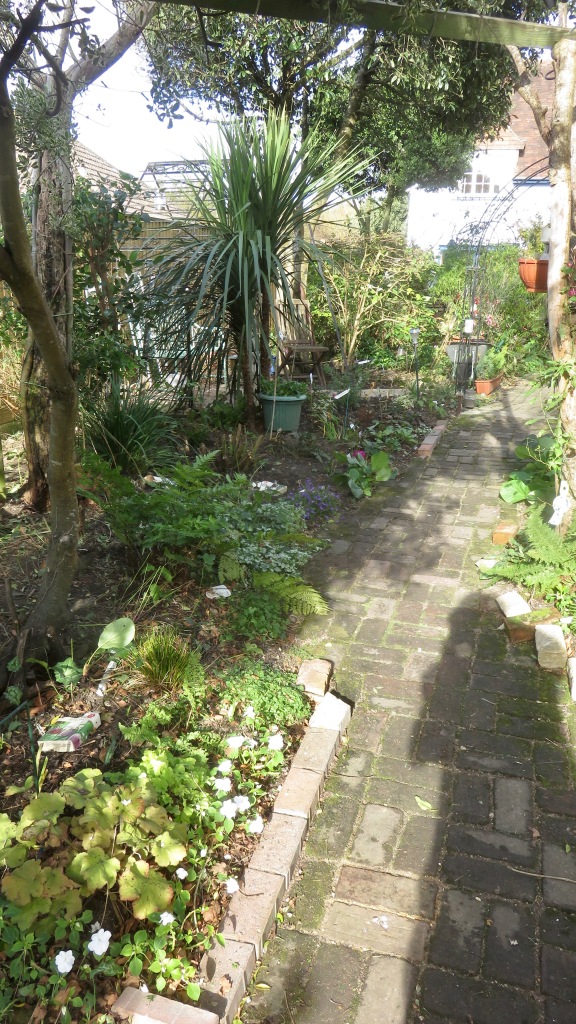 The planting in the foreground of the above photograph is just part of the extensive clearance and refurbishment of the West Bed that Jackie has achieved in recent weeks. 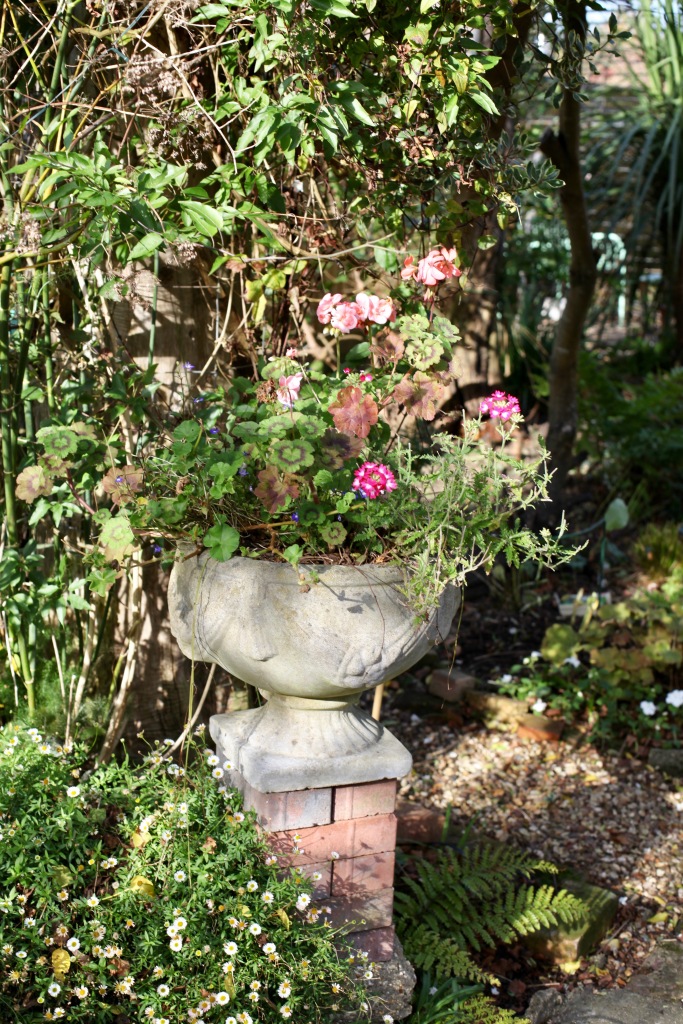 At the bed’s southern end verbena and pelargoniums still thrive in the urns, and erigerons carpet the surrounds of the New Bed. 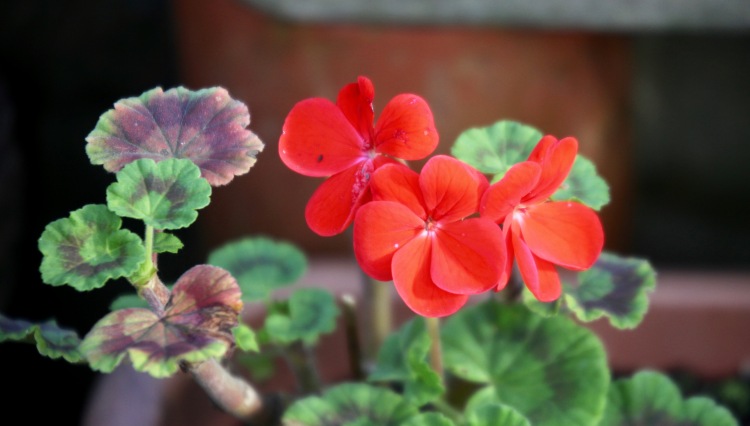 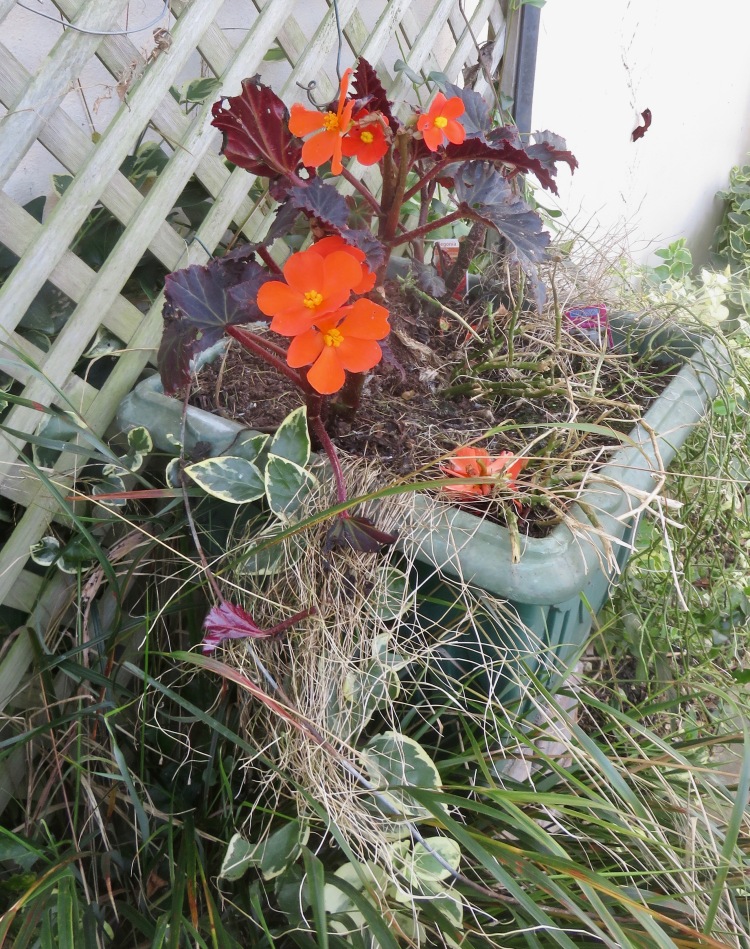 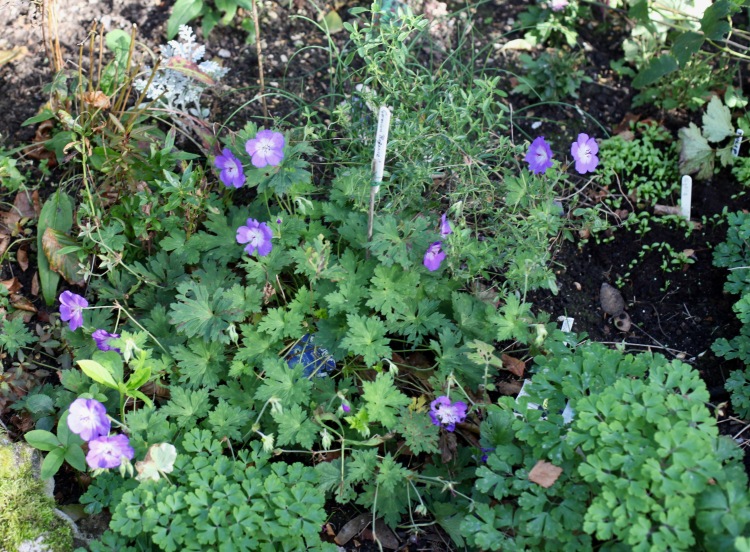 and geraniums like the blue Rozanne still add colour. 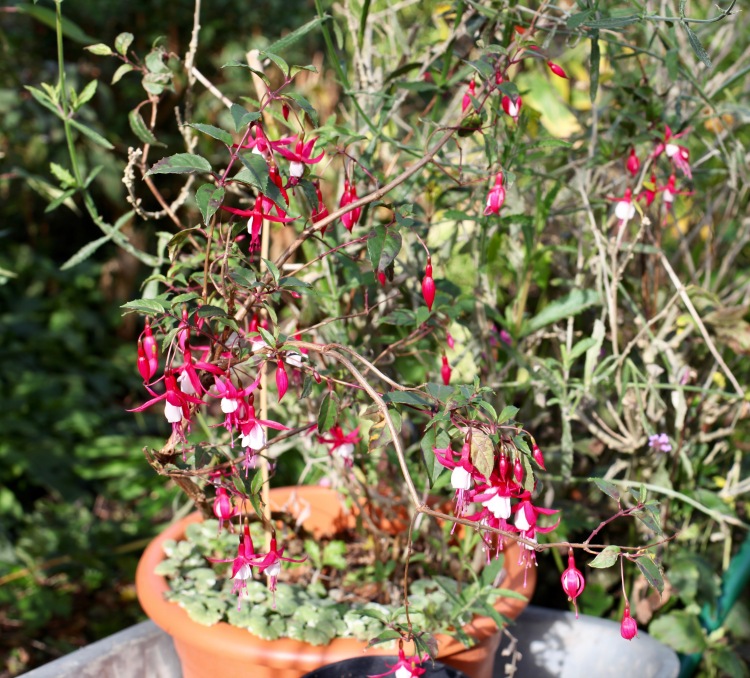 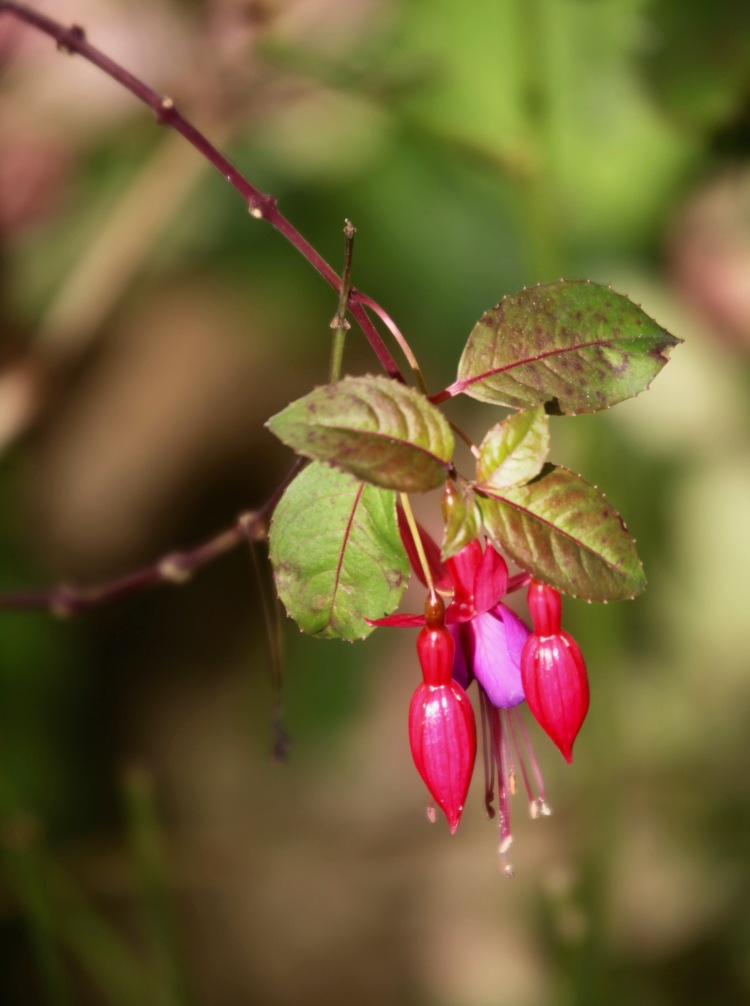 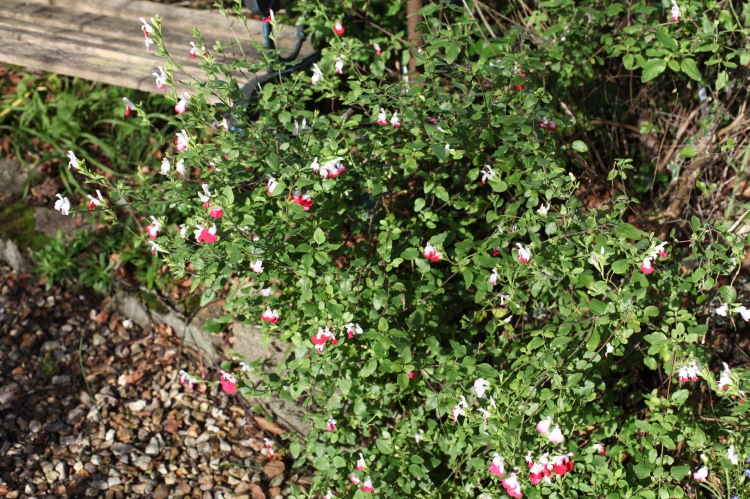 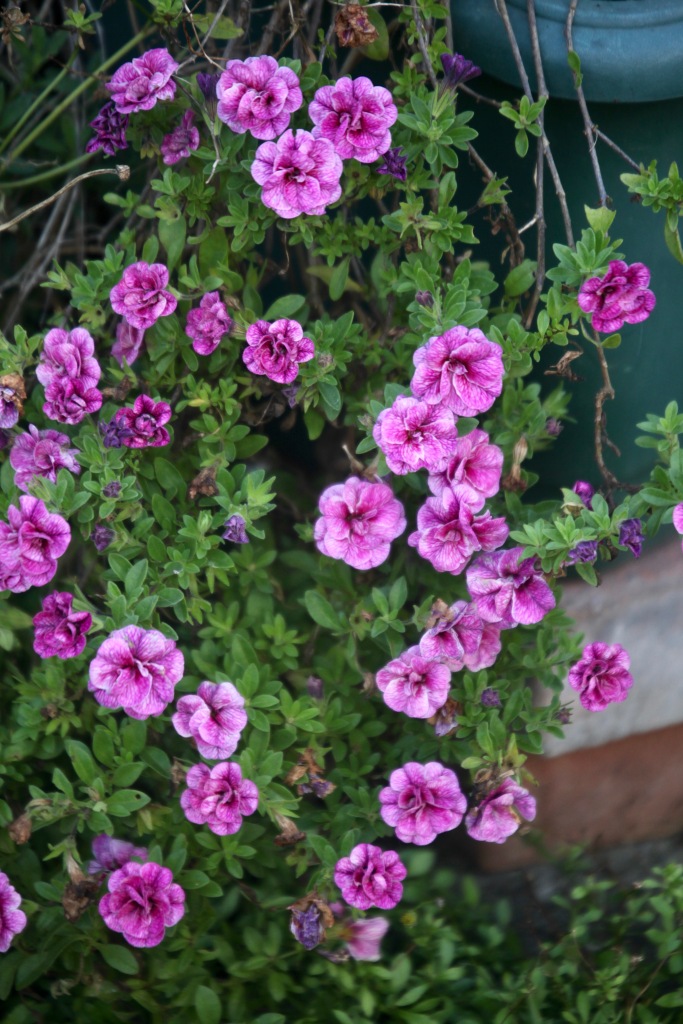 Million Bells petunias entice campanologists at the corner of the patio alongside the kitchen wall. 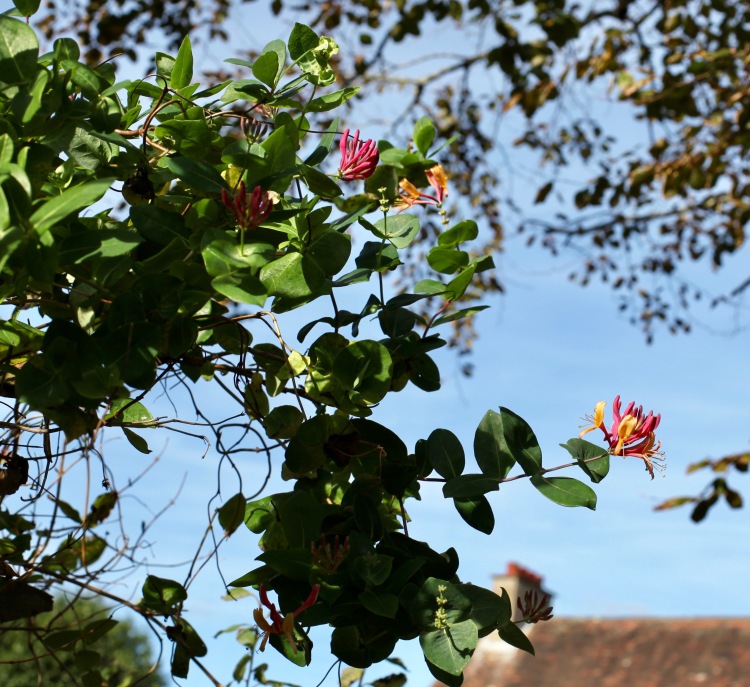 and honeysuckle seem to think it is Spring. 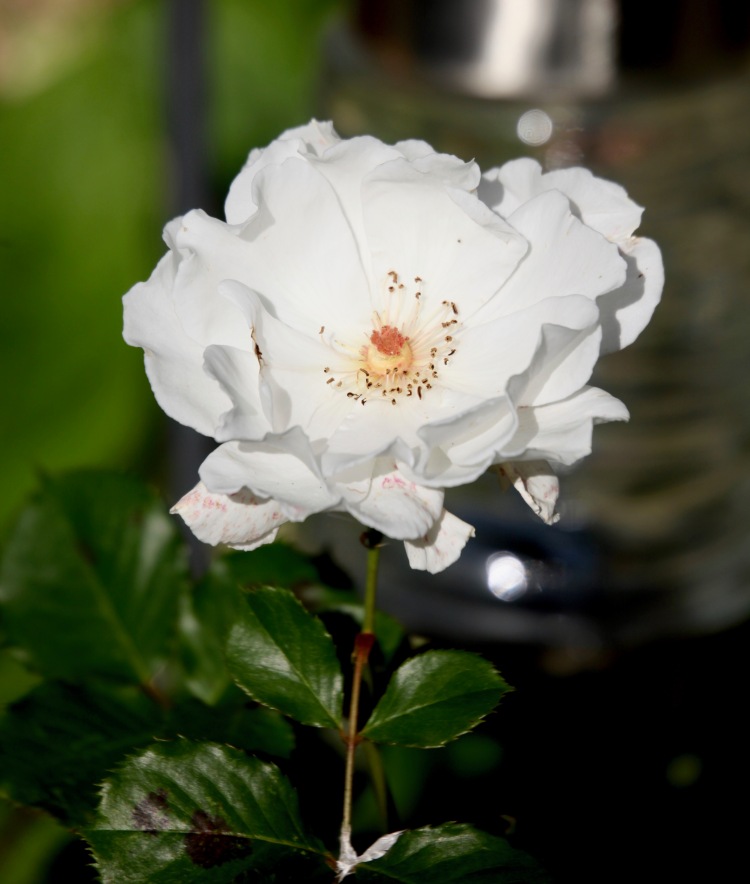 and the deep pink climber soaring above the Oval Bed, remain confused.

yet the winter flowering clematis Cirrhosa seems a little early,

as it festoons the gazebo under which I stood to produce this image of the path named after it.

To the right of the far end of that path, this was the view across the Cryptomeria Bed, showing the few leaves of the weeping birch that survived the recent storm.

The setting back of our clocks by one hour at 2 a.m. this morning signalled the official end of British Summer Time. Of course no-one gets up at that time to adjust all the timepieces in the house. We just have to try to remember when we get up.

This evening we dined at Lal Quilla. My main meal was lamb taba shashlik jalfrezi; Jackie’s was chicken chom chom. We shared onion rice, an egg paratha, and onion bhaji, and both drank Kingfisher. Service and food were as good as ever.

83 thoughts on “The End Of British Summer Time”