I was banned from the kitchen this morning in order to allow Richard to catch up on his largely snowbound day yesterday.

Rain and a slight rise in temperature had brought about the beginnings of a thaw, so Jackie drove us into the forest on roads that were no longer icy. 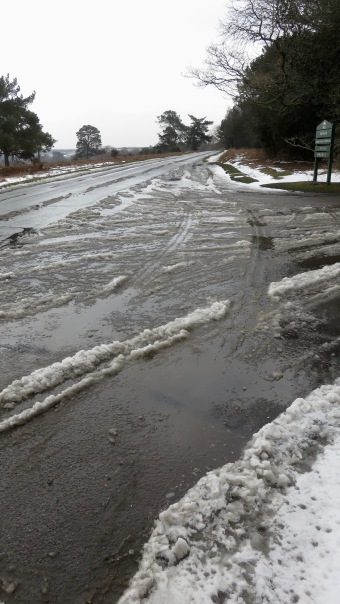 They were rather more slushy; 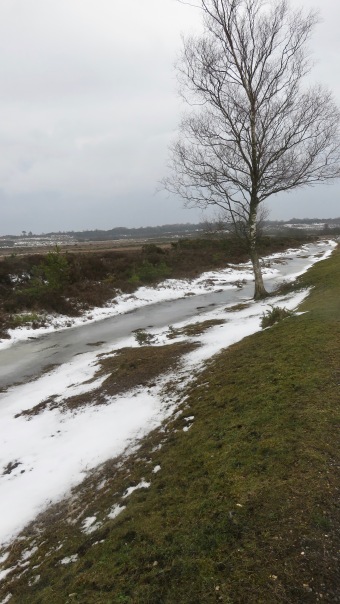 ditches, like this one with a birch perched on its bank, were still iced over;

and snow, still lying beneath trees, streaked the moors. 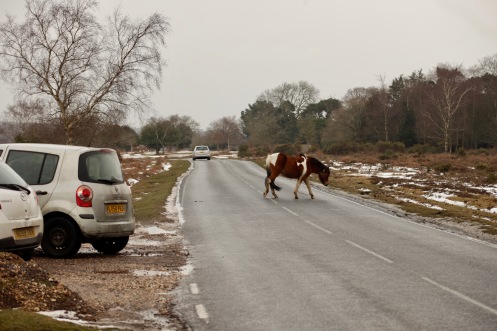 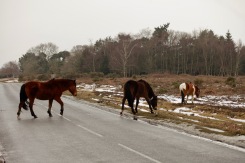 Rain falling from a leaden sky made heavier the coats of drooping ponies trudging across the roads. 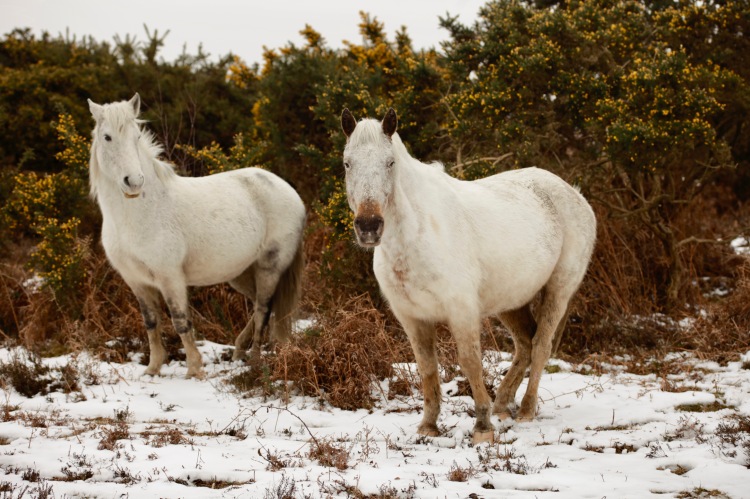 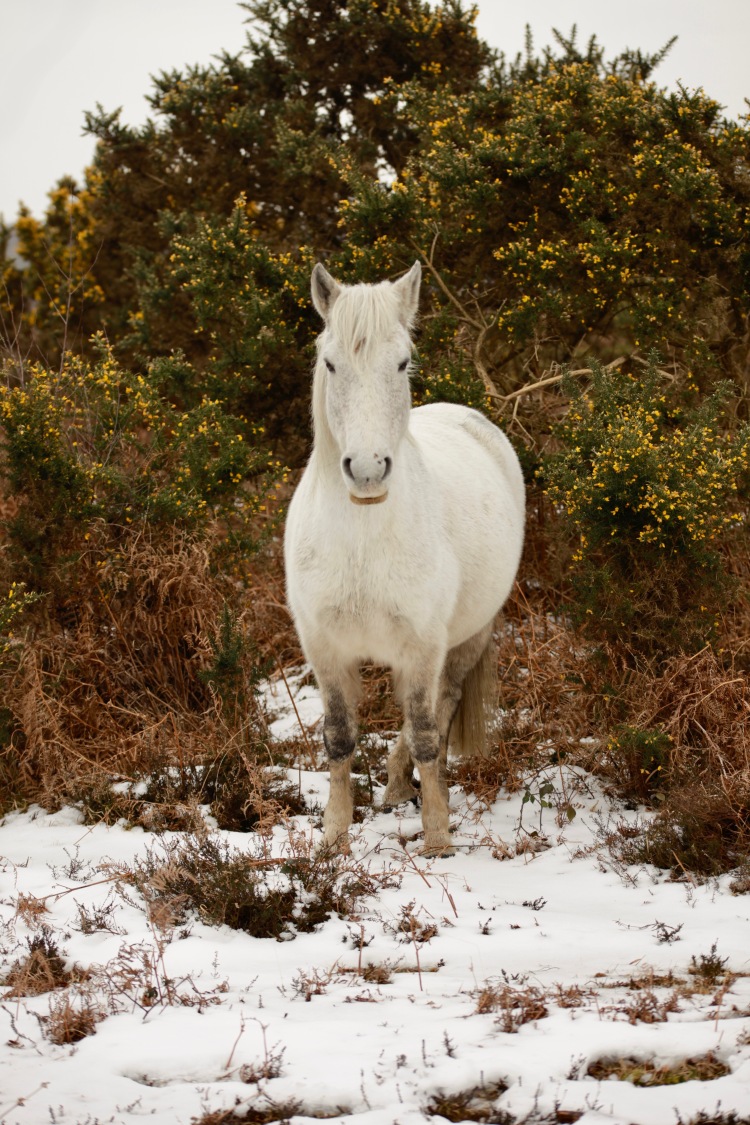 A pair of grey snowponies, hoping for cosy scarves and carrots, had not yet begun to melt.

At Bransgore we lunched at The Crown Inn, of the Vintage Inn chain. We both enjoyed our meals. Jackie’s was pizza diablo with chips; mine, also with chips, was rib eye steak with peppercorn sauce, tomato, onion rings, and green salad. Jackie drank Amstel and I drank Razor Back, still known as Ringwood’s Best. 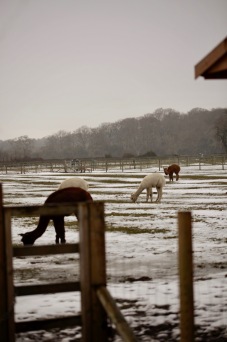 Outside Bransgore, on our way home, we noticed a sheep trying to supplement its wool with a straw shawl, whilst neighbouring alpacas grazed. 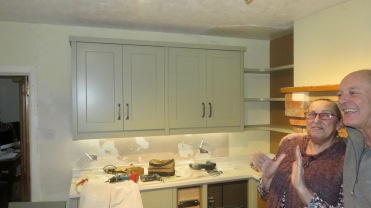 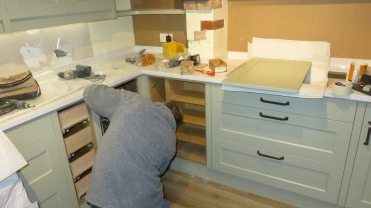 Richard had not been idle. He had fitted most of the cupboard doors, 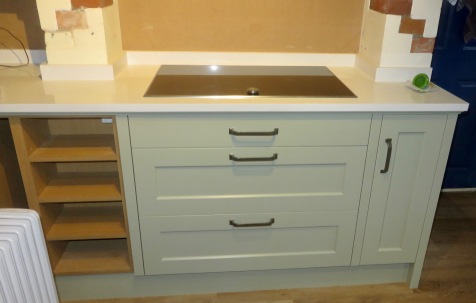 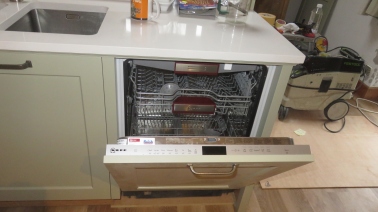 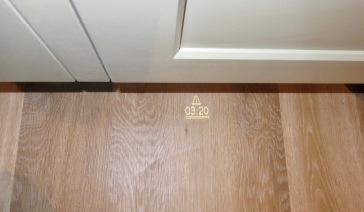 continuing with them and adding the hob before leaving a little later. The dishwasher door display is projected onto the floor.