CLICK ON ANY IMAGE IN A GROUP TO ACCESS ITS GALLERY WHICH CAN BE VIEWED FULL SIZE BY SCROLLING DOWN AND CLICKING BOX AT BOTTOM RIGHT. 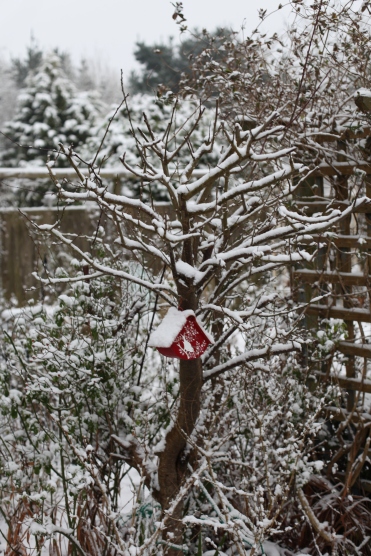 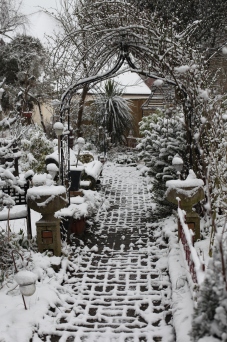 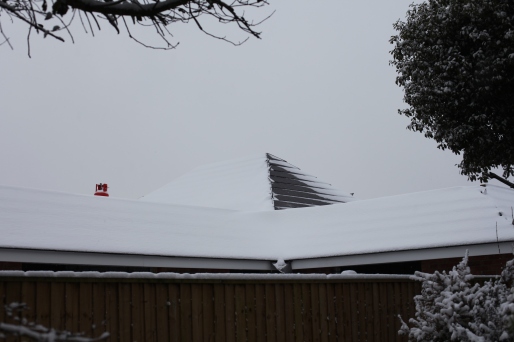 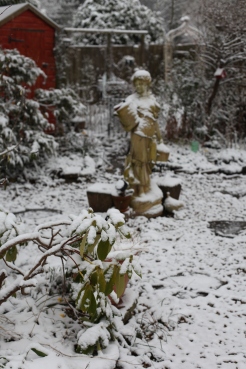 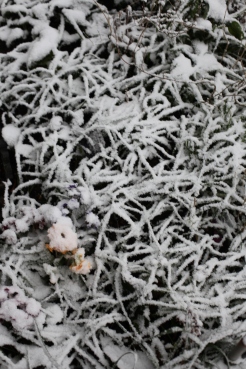 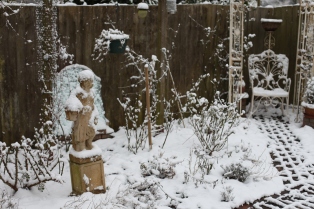 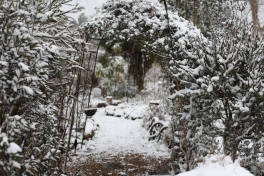 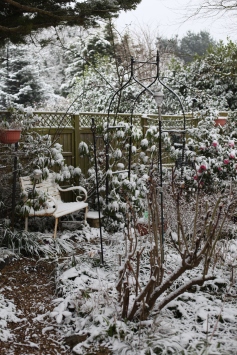 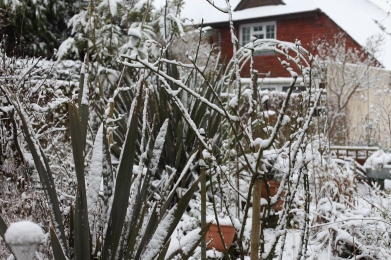 Before I remembered I was supposed to be 75, the little boy in me became so excited that I dashed into the garden this morning to taste the icing on the cake.

After a few cups of coffee, with lumps in our throats, Jackie and I transported Flo and Dillon to Becky and Ian’s new home at Southbourne, near Emsworth, so that our daughter could drive them on to Matthew and Tess’s at Upper Dicker, for an overnight visit before returning to South Carolina via Canada, flying from Gatwick.

We then aimed for lunch at Westbourne’s Spice Cottage. Unfortunately this was closed. We then enjoyed a meal at the recently opened Darbar in Emsworth. This restaurant describes itself thus:

‘Muglai cuisine was introduced to India by the royal kitchens of the Mugal emperors who ruled from the 16th century onwards. Cooking was elevated to an art form.

Strongly influenced by Persian cooking from Iran, the food reflected the royal love of beauty: sumptuous, complex and sophisticated. Dried fruits, nuts and rich spices were incorporated into meat, vegetarian and rice dishes. Notable Muglai meals included biriyani, kebabs, kofta and delicacies from the tandoor. The Mugals also introduced to India the tradition of concluding the meal with desserts. The result was fragrant, heady and flavorsome, fit for royalty.

By and large this claim was justified. There was just one other couple with two small children also eating there. The aroma that assailed my nostrils on entering was rather less fragrant than I had hoped.  I detected a whiff of some rather strong cleaning fluid sending me speculating about what they may have been subjected to the night before.

The menu contained some items marked with a chilli symbol indicating that customers could specify the required heat. I chose a meal containing a variety of seafoods, which featured such a symbol. The waiter explained that one of the ingredients was not available, and steered me towards nilgiri jheenga which had no picture of a chilli. I pointed this out and expressed my desire for heat. The staff member said he could make it spicy. In fact it was not hot at all, but tasty, colourful, and fragrant, as was the saffron and mushroom rice. Jackie enjoyed her authentic saag panneer. The layered paratha was excellent. Our desserts were shahi tukra and shrikhand. Both were delicately aromatic. Service was friendly and attentive. Jackie drank Diet Coke and I drank Cobra. 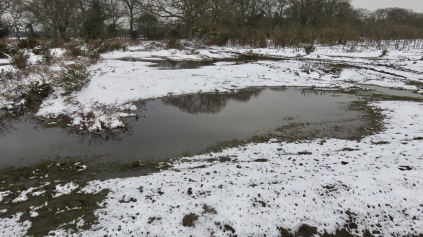 There was less snow in West Sussex than was still lying on the moors as we drove back into the New Forest,

where snow bearing boughs admired their beauty in limpid pools. 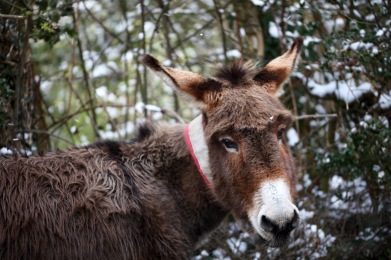 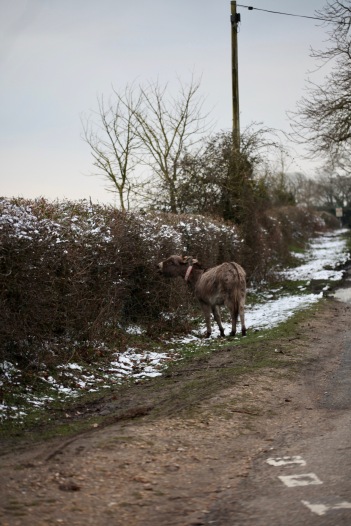 Pretty patterns were traced on rooftops at East End, where ponies played with the traffic and forlorn-looking donkeys shivered on the verges.