Before going out yesterday we set up the Christmas tree in anticipation of decorating it today. That was not to be. 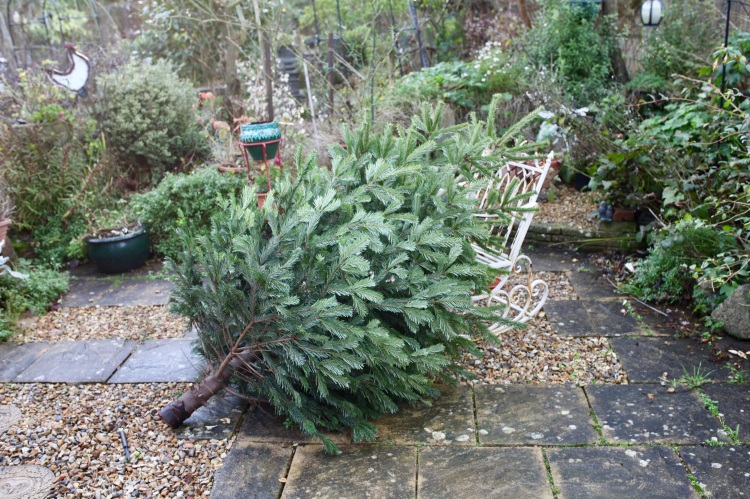 We had to decant it into the garden.

Upon reflection it is a good thing that I was up at 6 a.m. this morning. Upon an early doorbell ringing I unlocked the front door to find the cheery face of Connor from Crestwood who had laid our kitchen floor at the beginning of 2018. He was here to lay a new sitting room floor. No-one had told us to expect him. He was to take three days over the work. My first thought was https://youtu.be/nR0lOtdvqyg 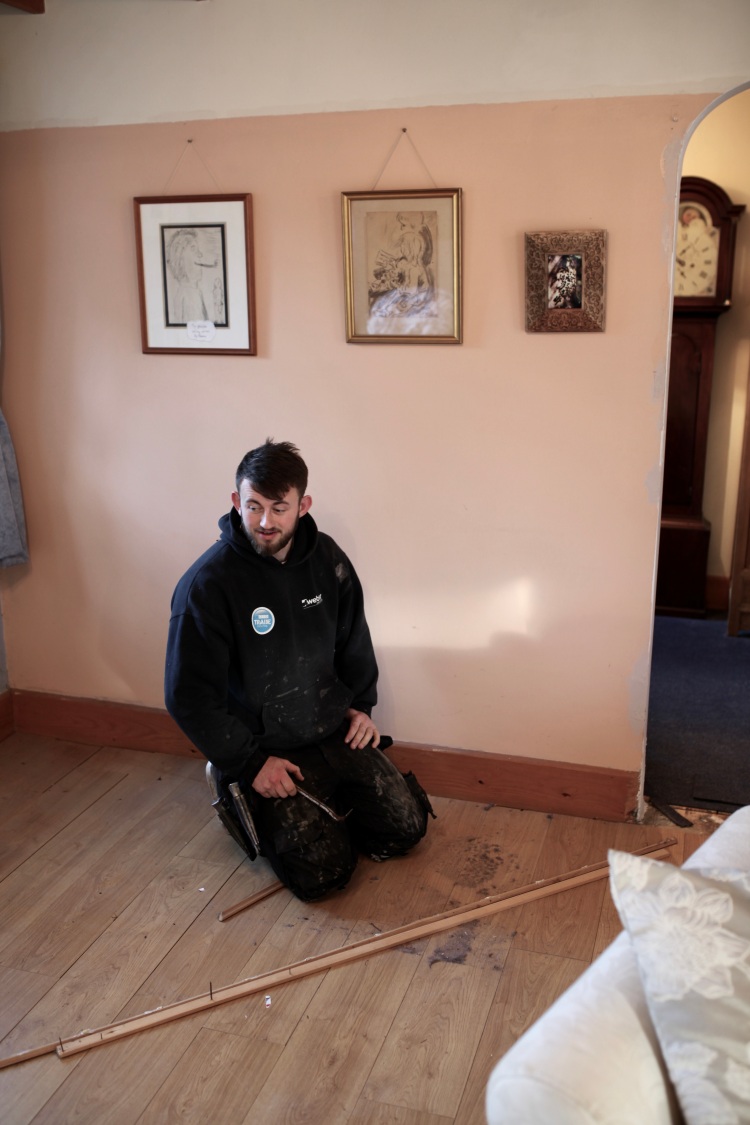 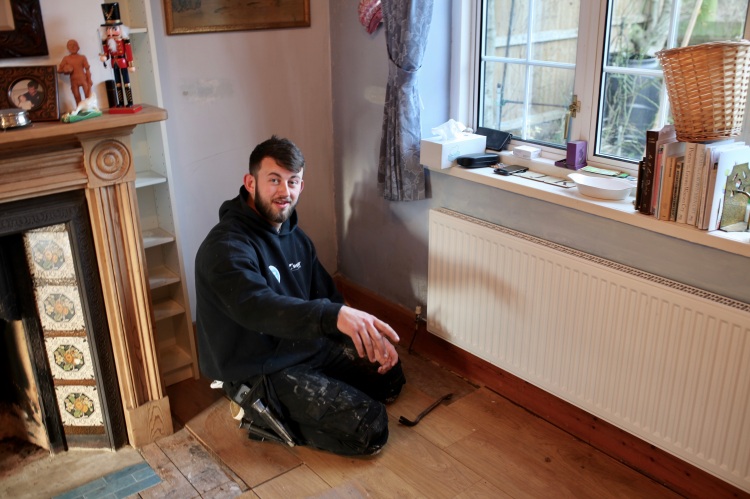 The next hour or so was spent trying to create clear areas for our craftsman to make a start. 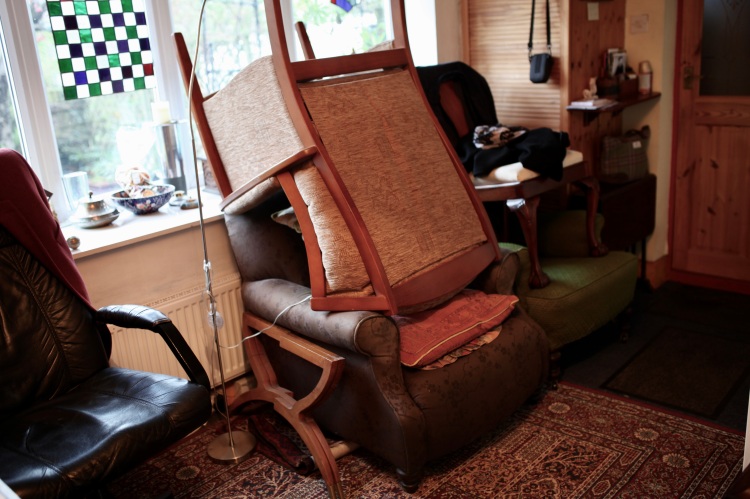 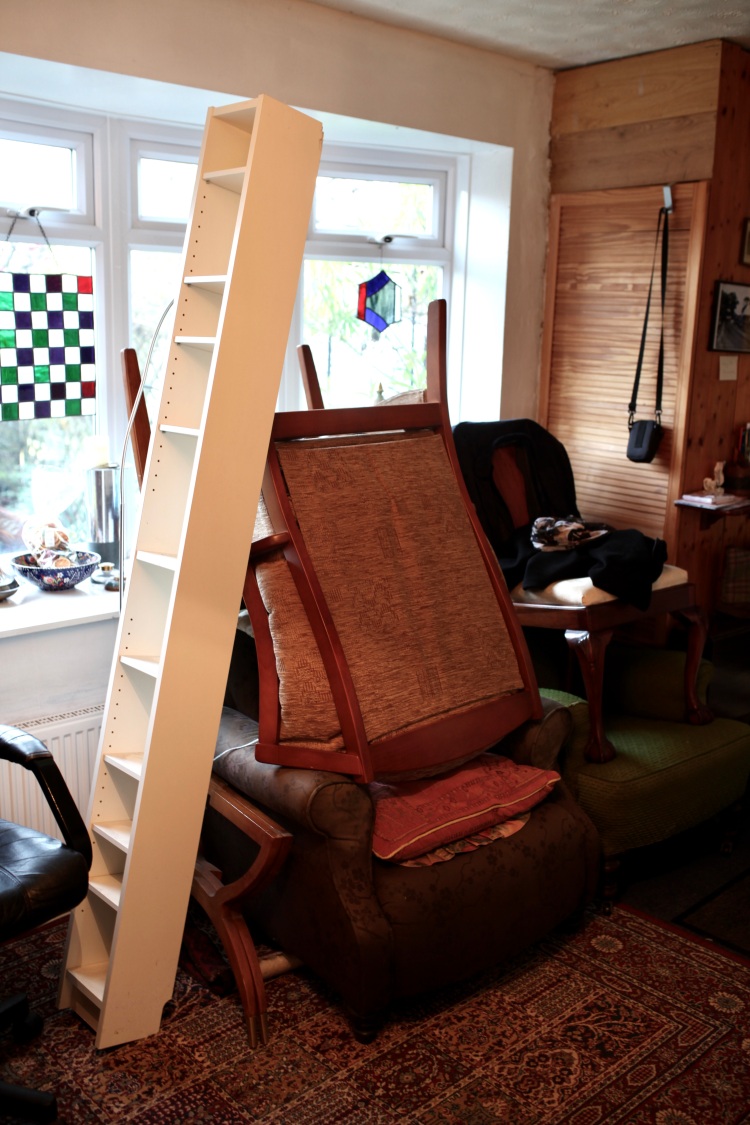 My desk area in the hall gradually filled up; there was more to add after this; the kitchen and the stairs collected smaller items. Ascending the latter will be an assault course this evening, and there is no room to sit at the dining table 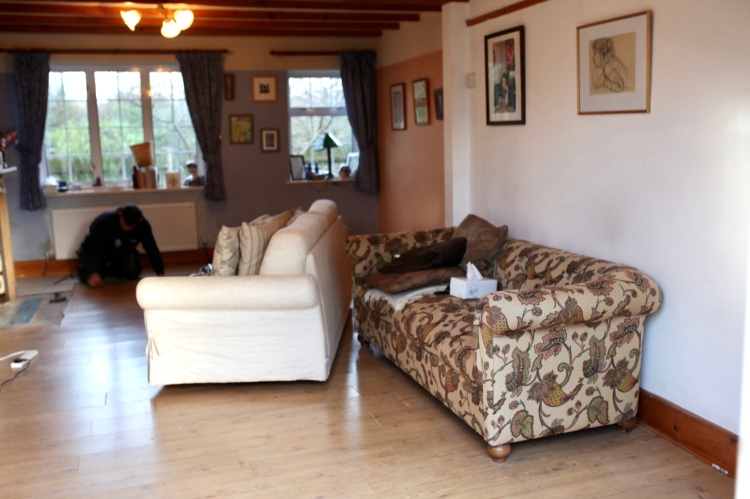 Connor moved the sofas. In the bottom right corner of this photograph can be seen the barcode on a random bit of beading which is a common feature of the work done by our predecessors.

Dismantling the wiring to our various internet devices was a major problem. Opining that I felt I was about to negotiate Birmingham in a car, I observed with phenomenal sang froid that I did not know how I was going to get it all back together again. For those who are not familiar with the so-called Spaghetti Junction of roads that surrounds that city this was a reference Connor well understood, having been there a couple of times.

He rather sensibly suggested that I should photograph all these 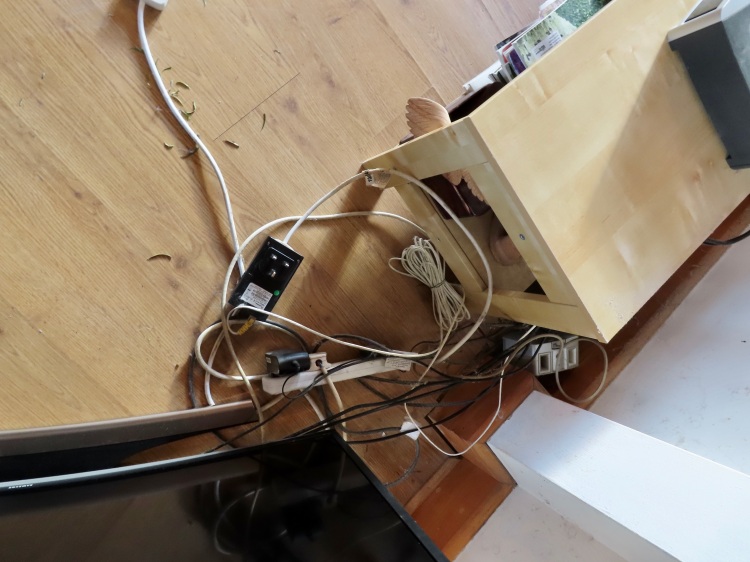 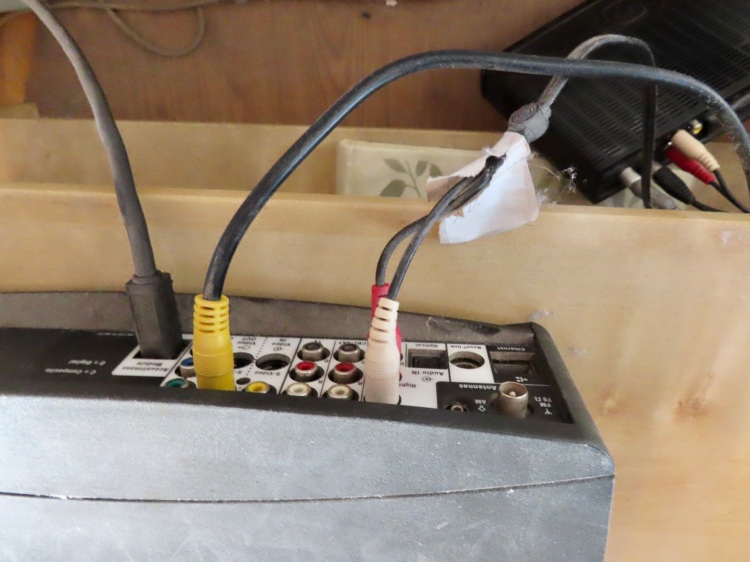 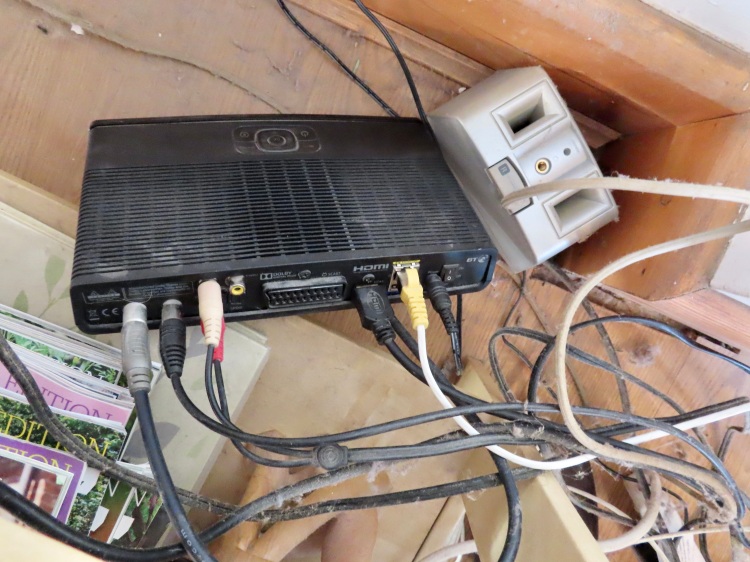 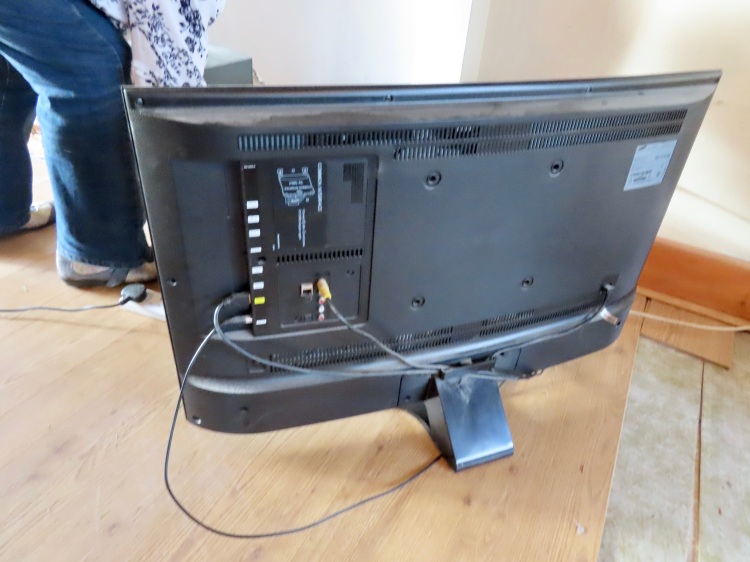 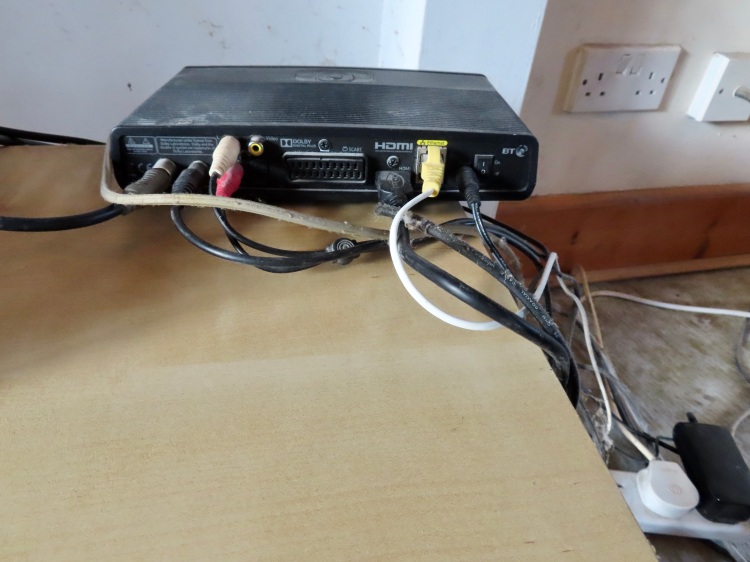 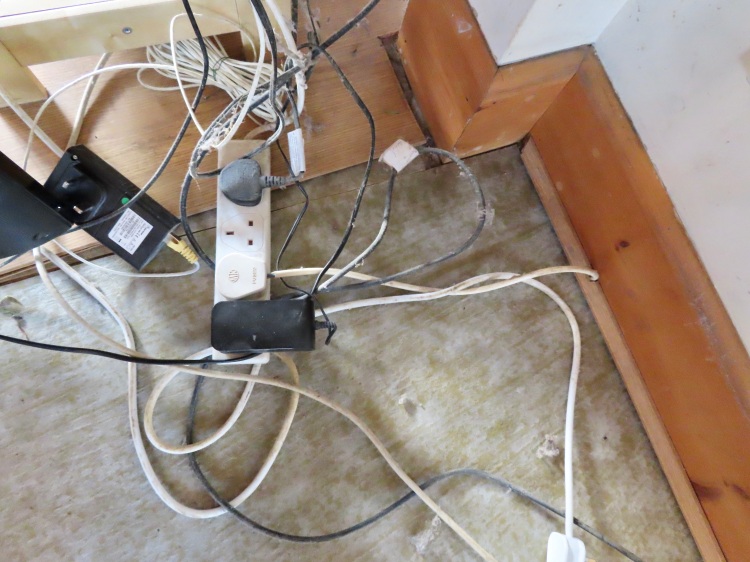 If these photographs are a little topsy-turvy that is because I didn’t know whether I was on my head or my heels. Please don’t look too closely at all the fluff.

What are the chances that this will make any sense to me in three days time? 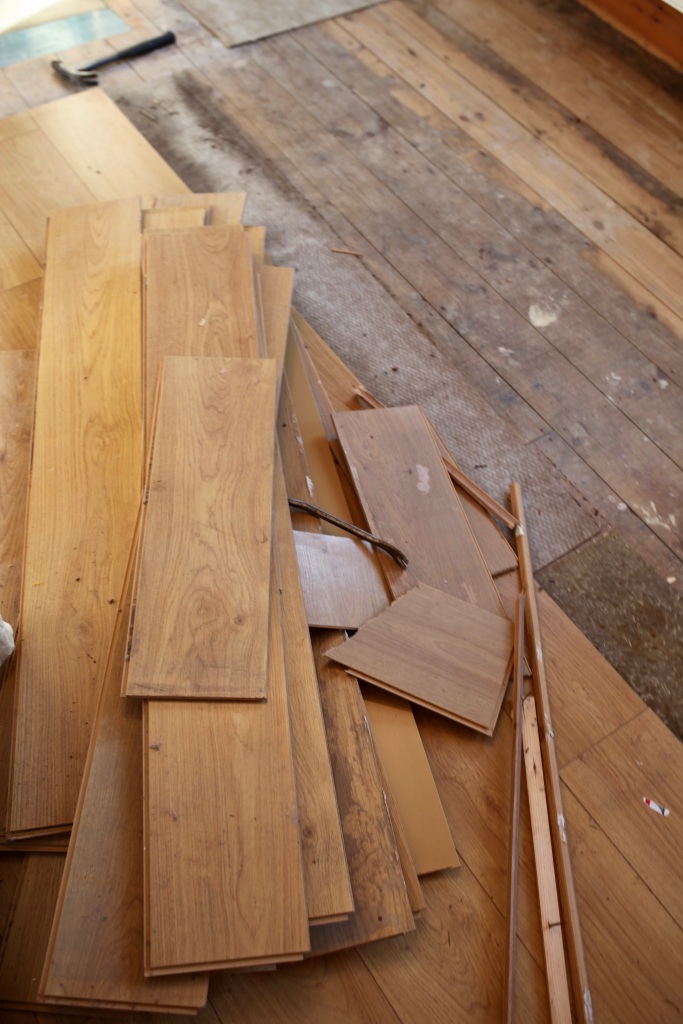 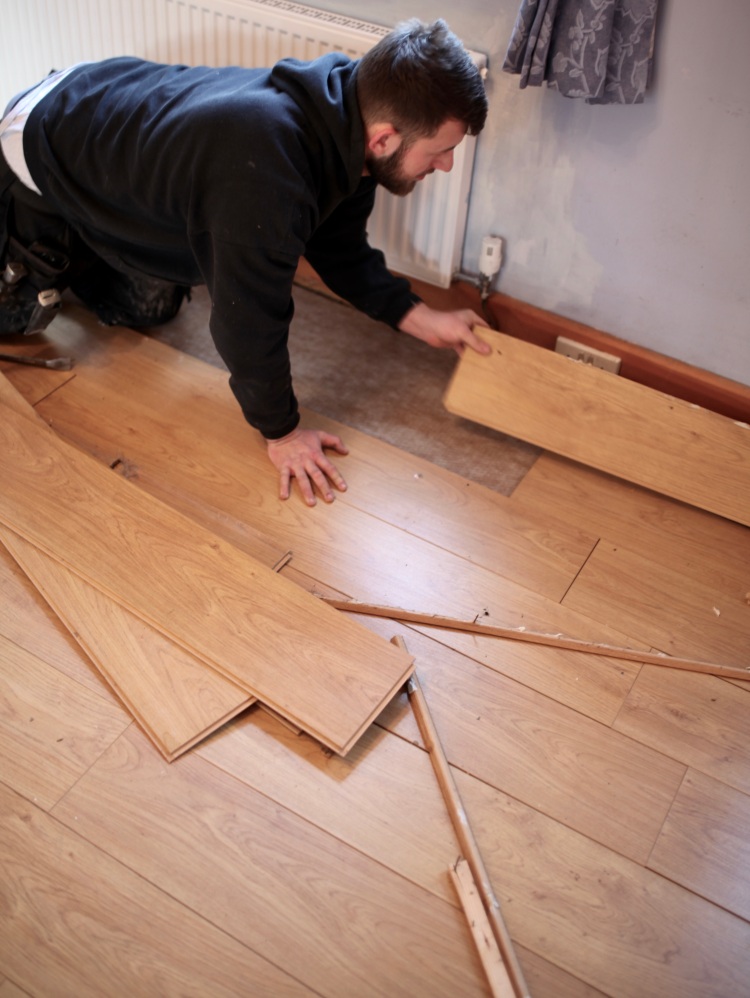 Connor, on the other hand, knows exactly what he is doing. He began by taking up the old flooring; 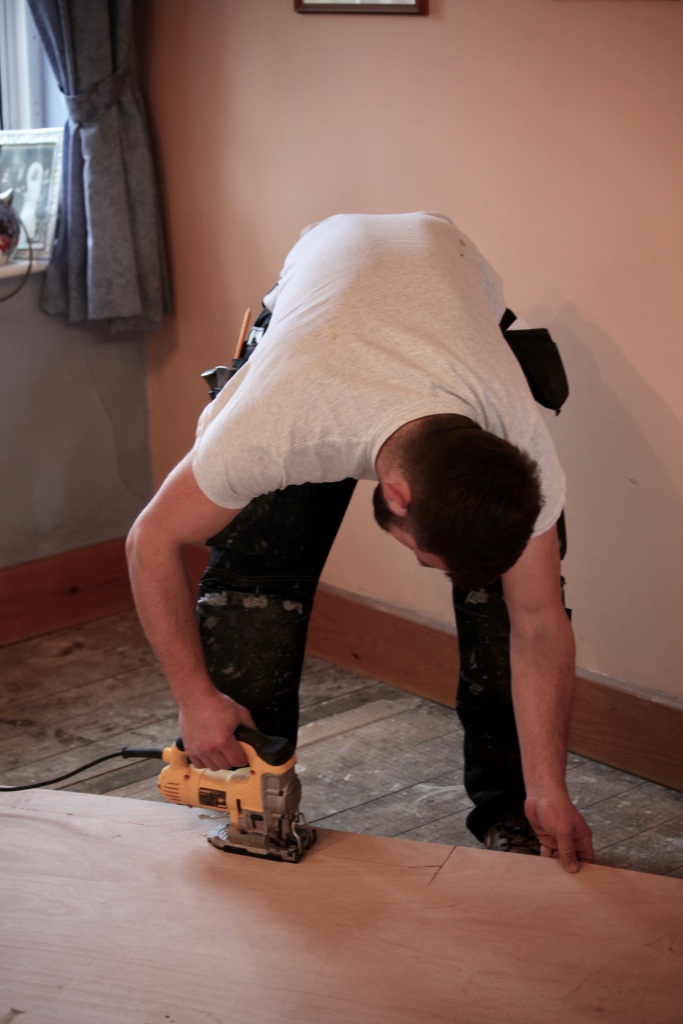 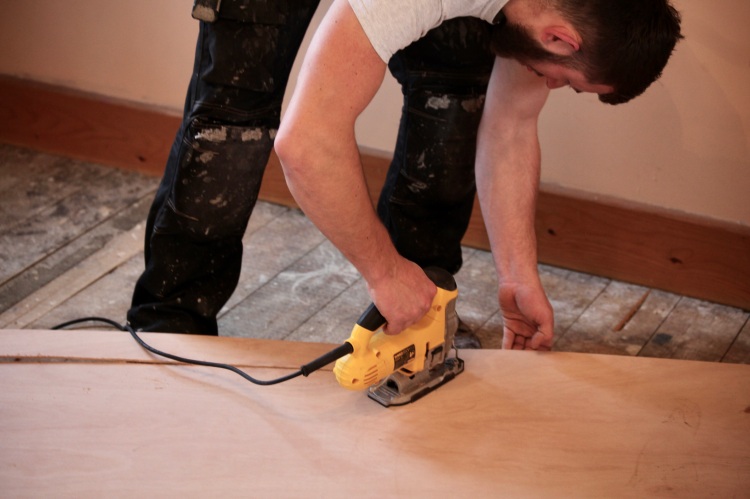 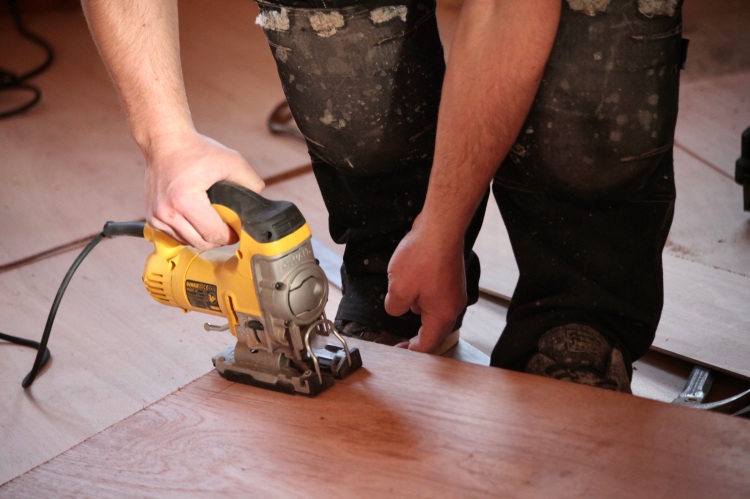 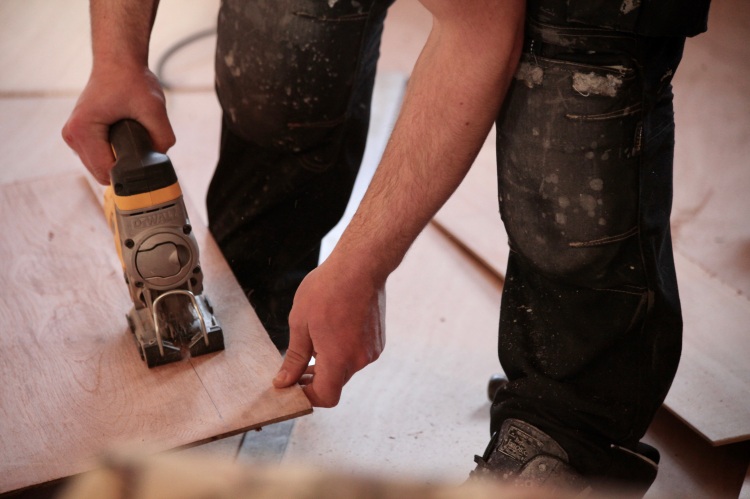 then cutting sheets of ply to shape 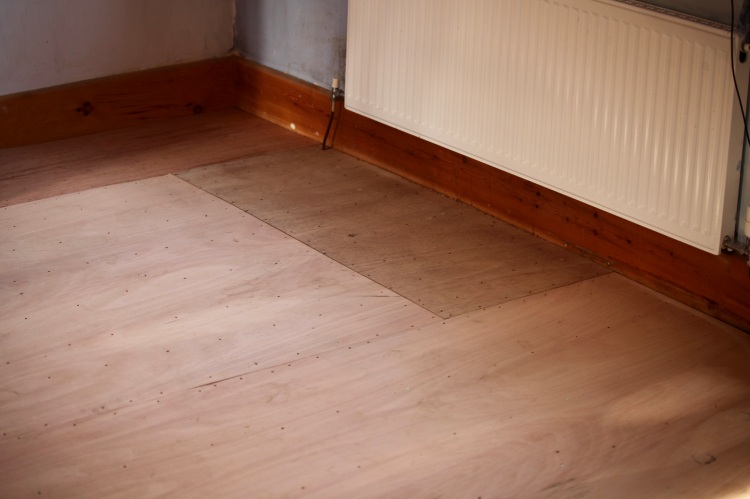 and tacking it to the original floorboards 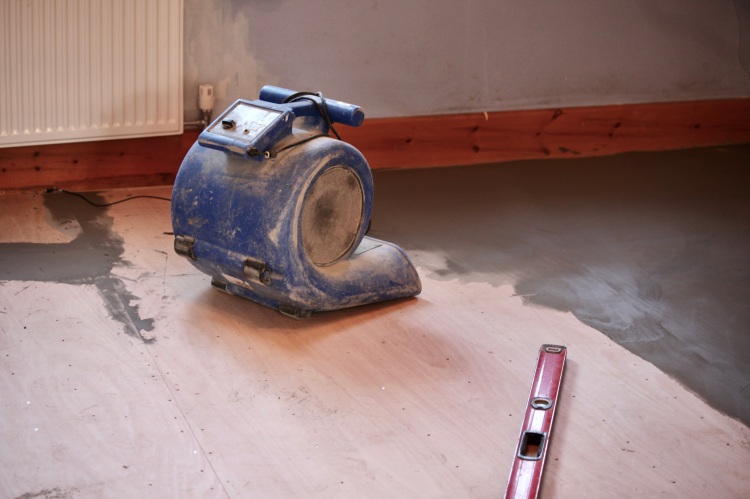 which, carefully applying a spirit level was covered with a screed which was then blown dry. 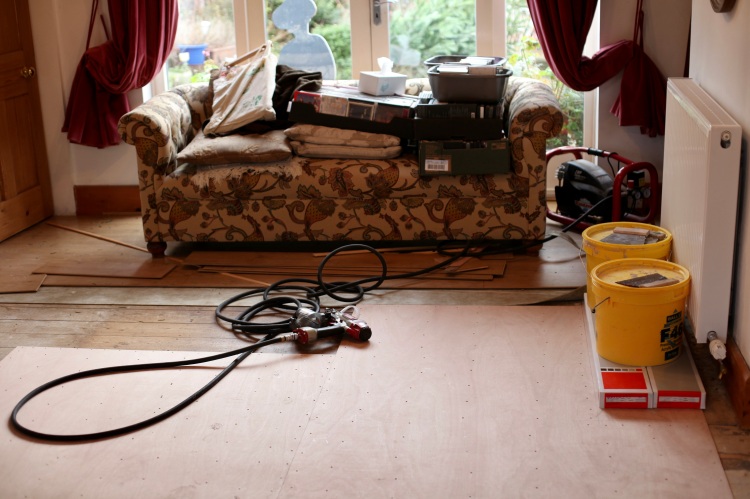 After lunch, having moved the sofas again he was ready to start on the other half of the room, 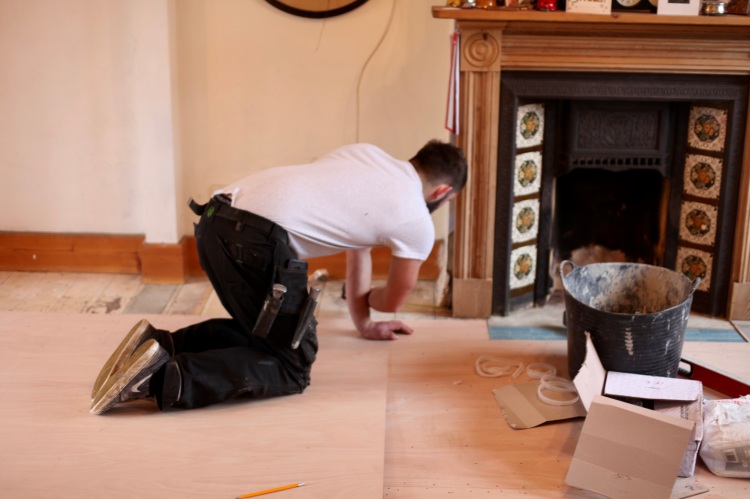 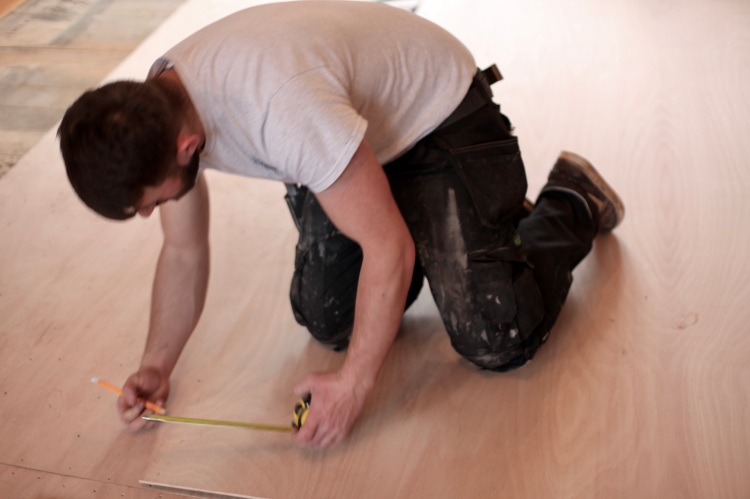 which he did with careful measuring.

There is only one thing to do when your kitchen is full of extraneous furniture and its table covered in nick-nacks. This evening we did it and dined at The ever friendly Wheel Inn. Jackie’s main course was a creamy mushroom and tomato linguin, followed by créme bruléei; mine was rib-eye steak, perfectly cooked medium rare as requested, chips, mushroom, tomato, and onion rings, followed by bread and butter pudding and custard. Mrs Knight drank Kaltenberg and I drank Ringwoods Best.