Jackie has a row of shells lined up on a low stone wall. This morning as she stepped into the garden to photograph

a pot of pansies underneath which are planted tulips she noticed that these shells have been tossed all over the place. This set her thinking that either the wind had wreaked havoc or that Eric the Pheasant who last year specialised in this wanton distribution had returned. 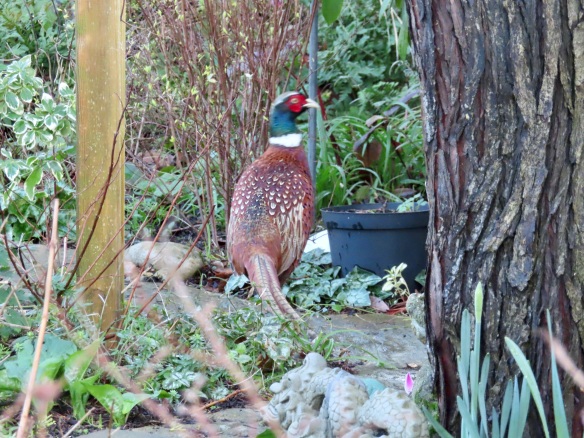 Sure enough, Eric was back.

Today’s weather was much brighter, albeit somewhat cooler. We drove to The Beach Hut Café at Friars Cliff for a hearty brunch.

After our meal we each produced a set of photographs. As a gentleman I always allow the lady to go first, so there follows Jackie’s contribution: 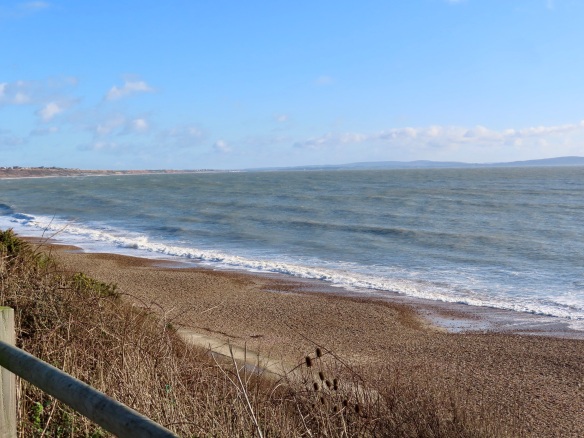 She first pictured the bay, creating a panoramic view with the Isle of Wight in the distance. 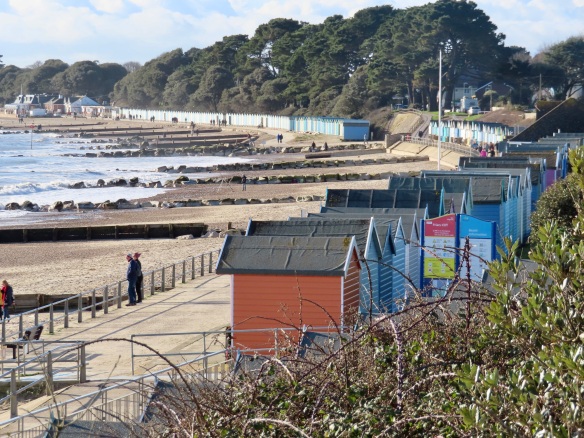 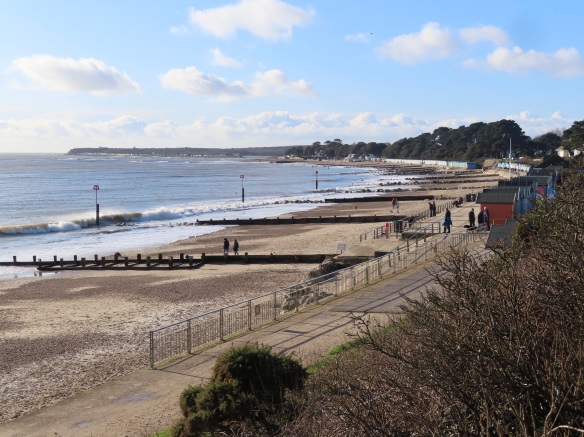 Beach scenes with huts came next. 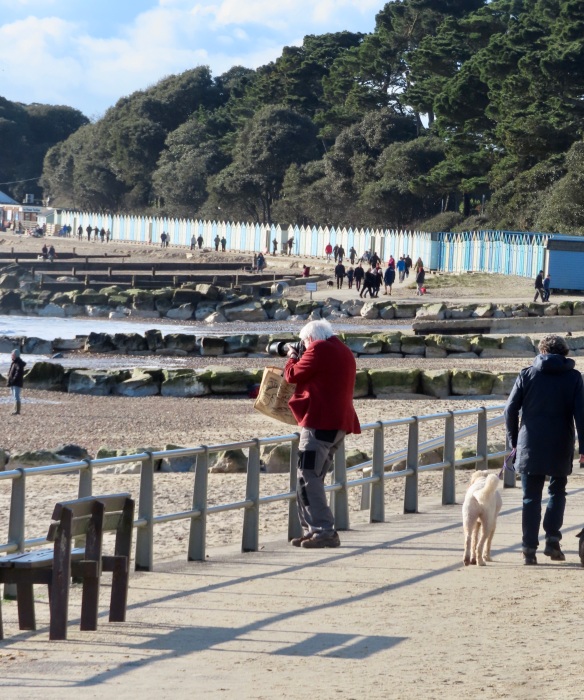 Unbeknown to me she lurked around the corner of the promenade and caught me snapping. 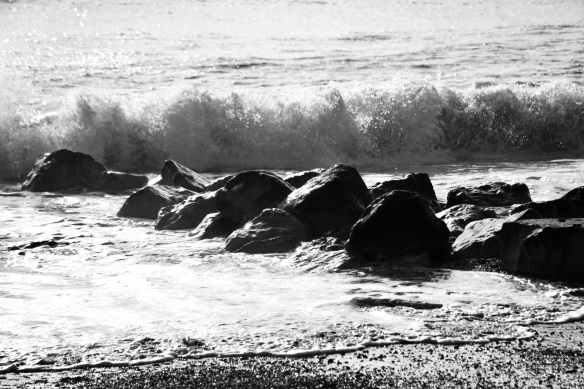 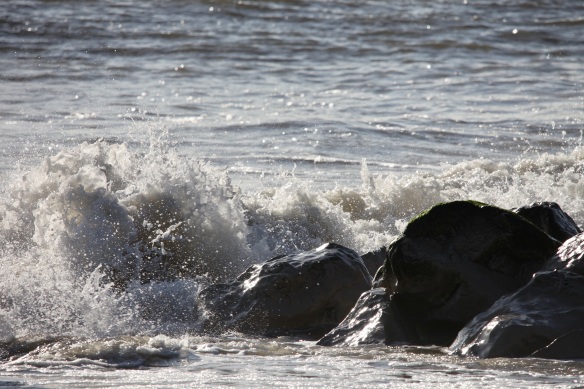 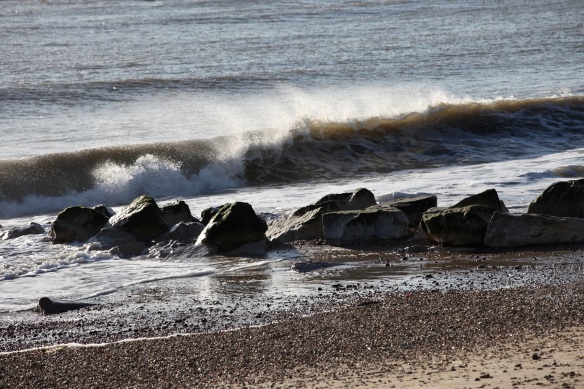 I was intrigued by the waves and spray breaking on the rocks and sliding along sand and shingle.

A lone fisherman, the sun glinting on his spectacles, kept a vigil throughout and after our meal. I am not aware that he caught anything, 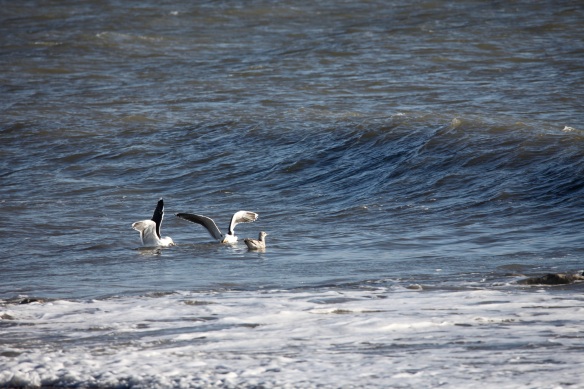 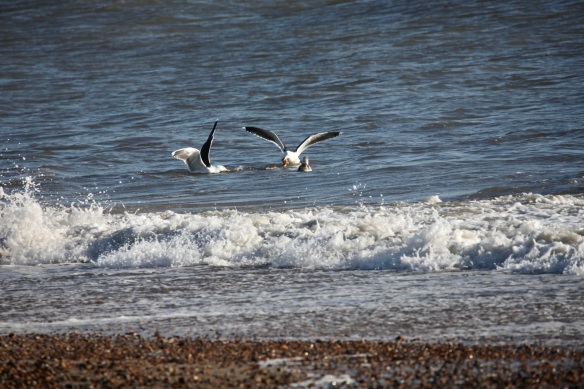 which is more than can be said for a small surfing gull family. 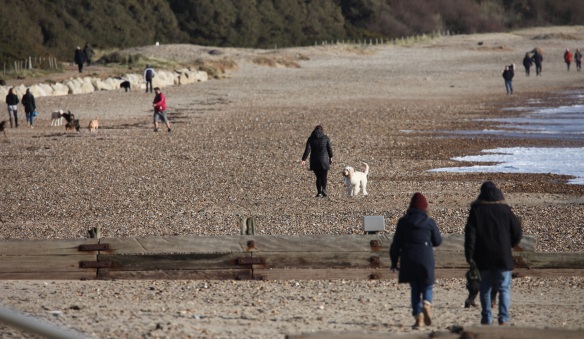 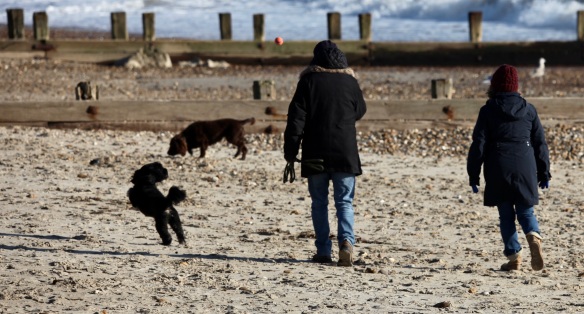 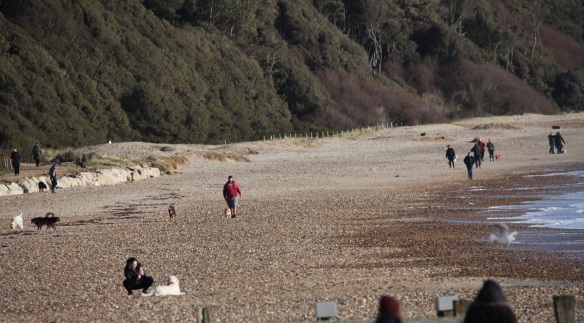 Dogs are not permitted on the beach between May and October, but, at this time of the year their owners make hay. Some time after I took this set three loose alsatian-type dogs raced around the beach huts. They belonged to the gentleman in the red jacket – not me. At the end of a row of huts ascends a steepish slope still necessitating me holding the rail as I begin the climb back up to the car park. I was not best pleased when one of these creatures bounded round the bend and narrowly missed colliding with me. Unfortunately the owner was out of sight and I hadn’t the energy to seek him out. 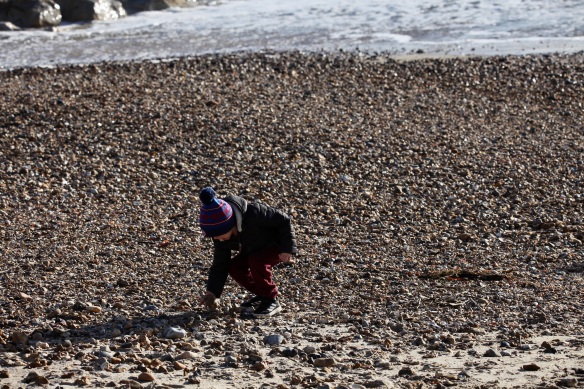 Before I began that ascent I witnessed the progression of a stone-throwing apprenticeship. A little boy with a man I assumed to be his grandfather picked up quite a large missile which he 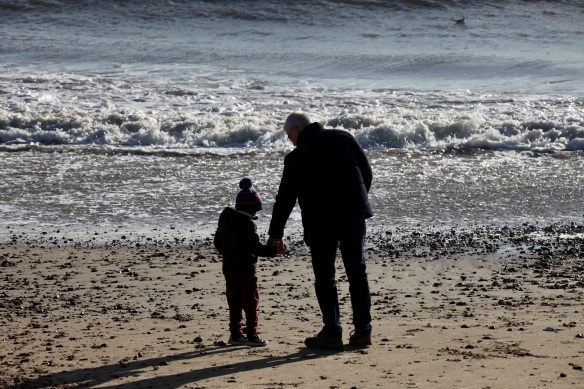 handed over to his companion who, watched by the lad, chucked it into the waves. 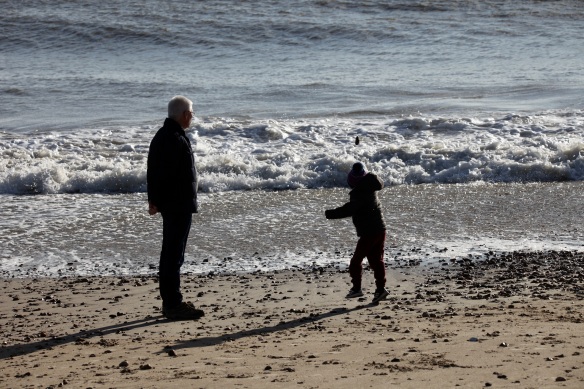 The junior then gathered up smaller stones and, with unerring accuracy tossed them directly ahead into the spray. 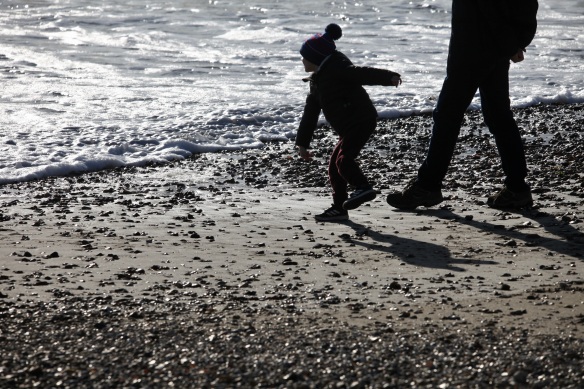 He was well into his task as I departed.

This evening we dined on pepperoni pizza with plentiful fresh salad.

68 thoughts on “Surfing For Fish”