Knowing that we were to expect further stormy weather today, Jackie helpfully took her camera into the garden at dusk yesterday and photographed 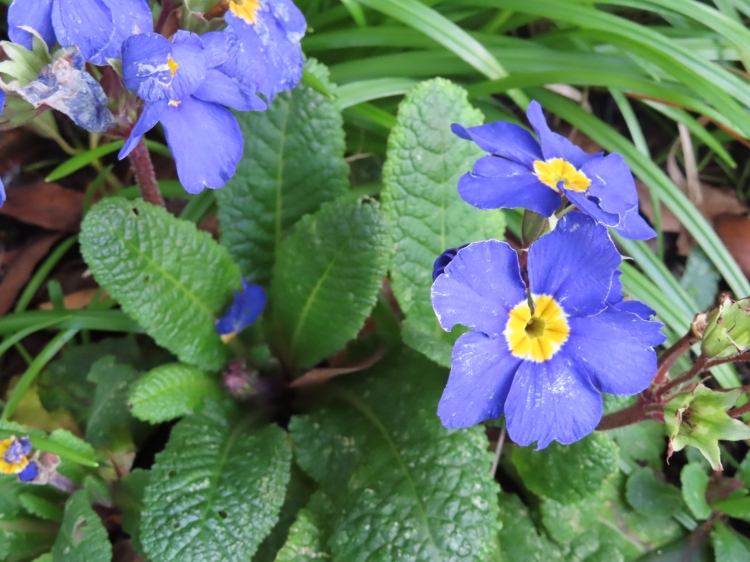 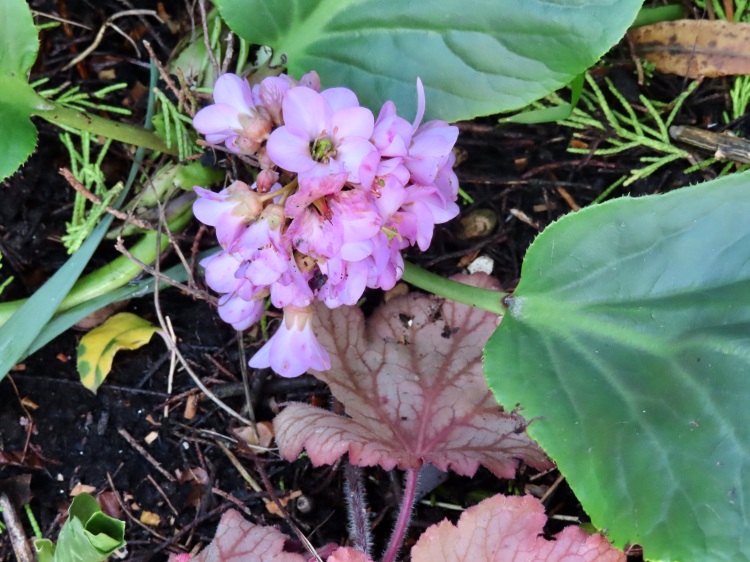 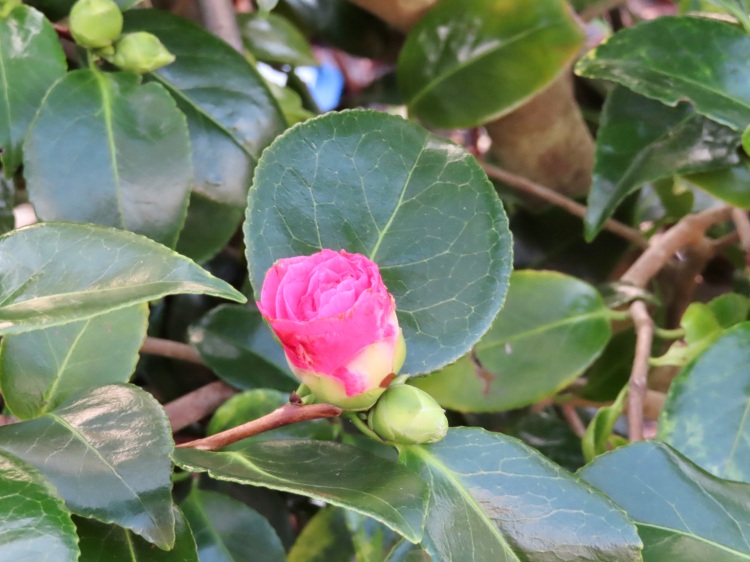 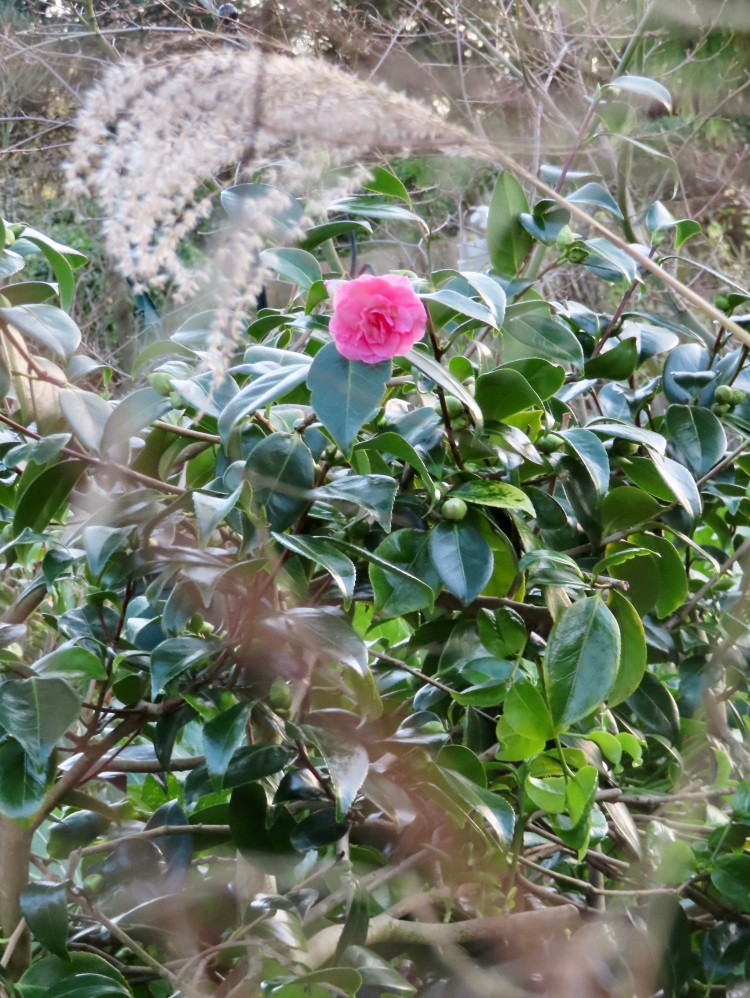 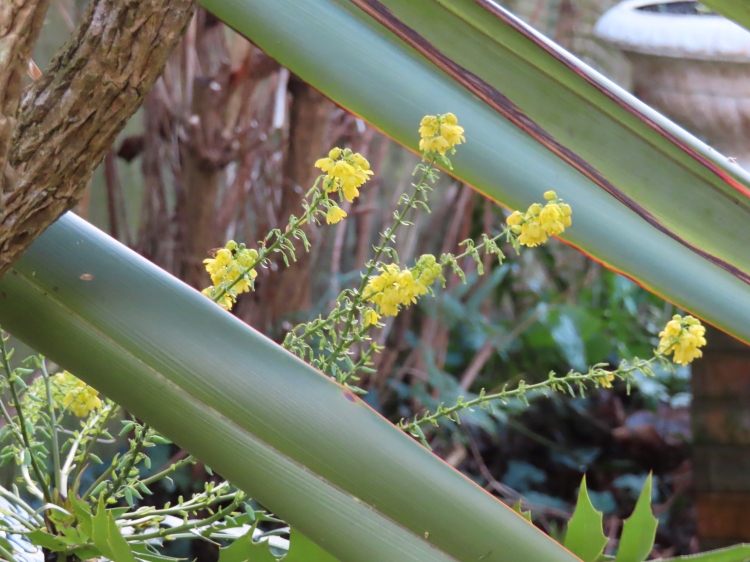 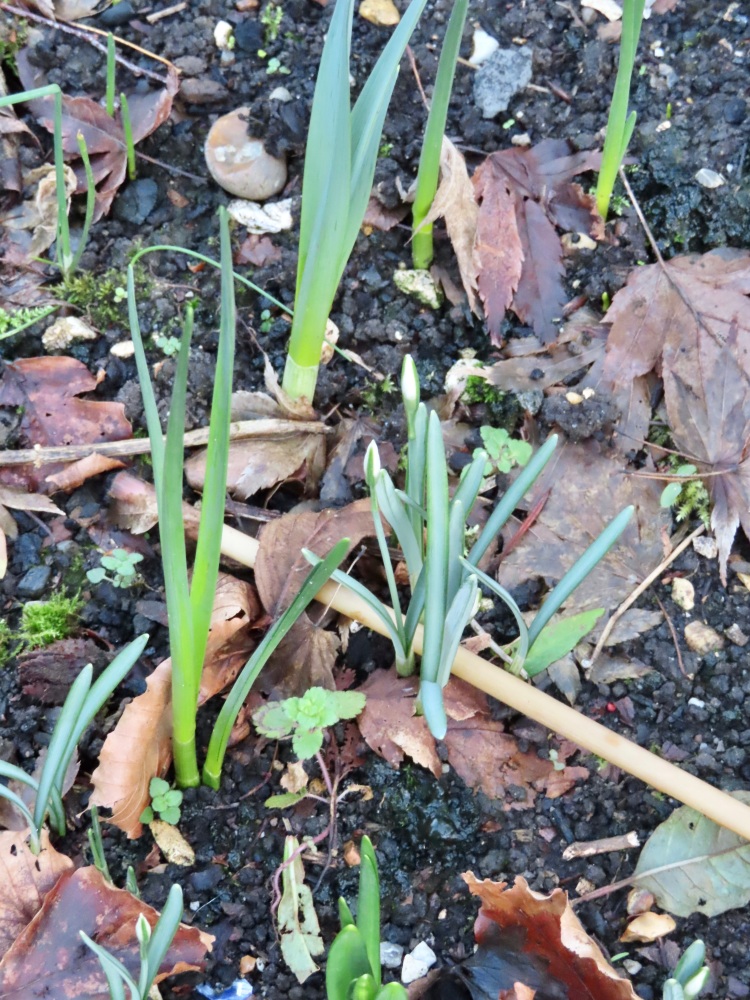 and Daphne odorata marginata all in bloom. 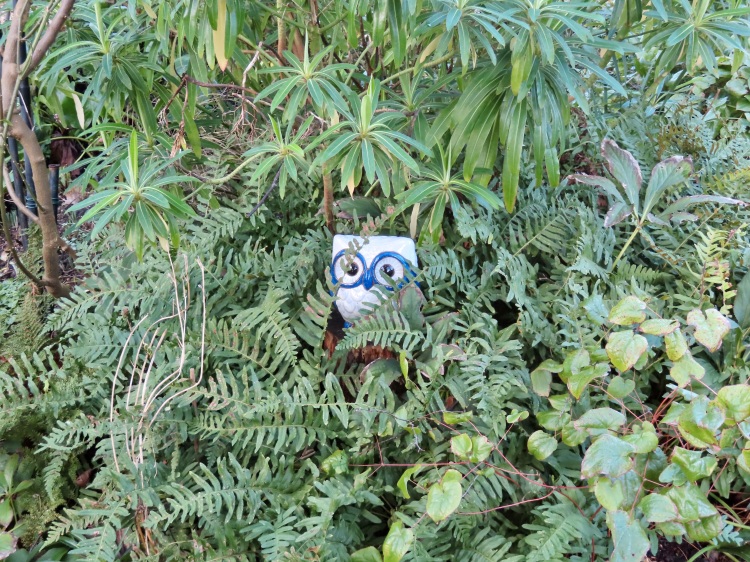 While she was at it the Assistant Photographer also added a fern owl for Pauline’s benefit.

Just about avoiding the rain that was to follow we drove early into the forest.

On Barrows Lane a row of daffodils were already in flower. 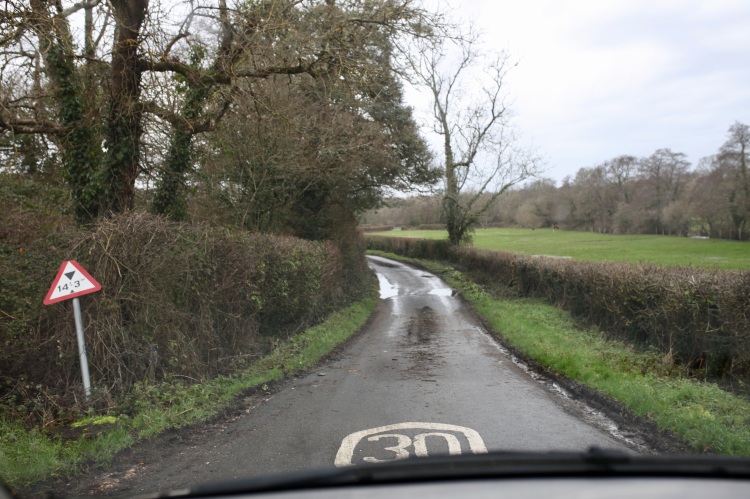 We were, yer honour, proceeding at a gentle speed along the narrow, winding Lower Mead End Road when

distant headlights reflecting on the wet tarmac alerted us to the approach of an oncoming vehicle,

As always in such a situation someone has to back up. Jackie is of the opinion that this is very rarely a BMW driver. So it proved today. My Chauffeuse did the gentlewomanly (You are chauvinist, WP – I did not type gentlemanly) thing and reversed until there was some degree of passing space.

Polite waves were exchanged as the gentleman in the other vehicle sailed by and we continued driving through the pools ahead. 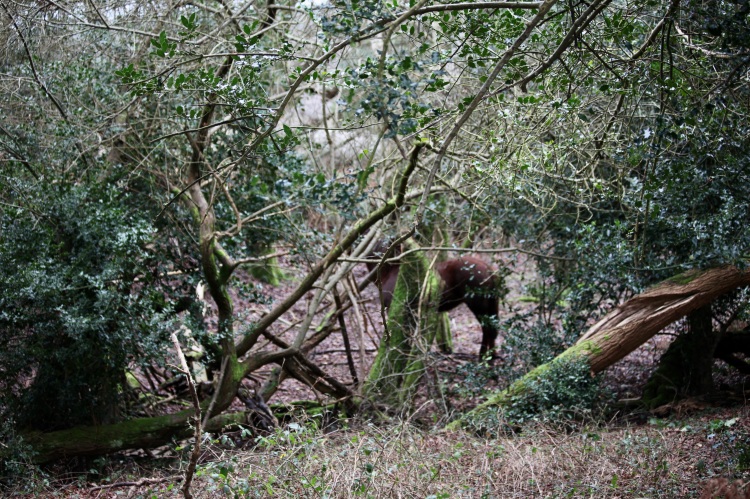 yet cattle were quite visible among the moorland gorse.

You could be excused for imagining that this picture of Sway Tower against streaky pastel skies was produced either at sunset or sunrise. In fact it was 11 a.m. 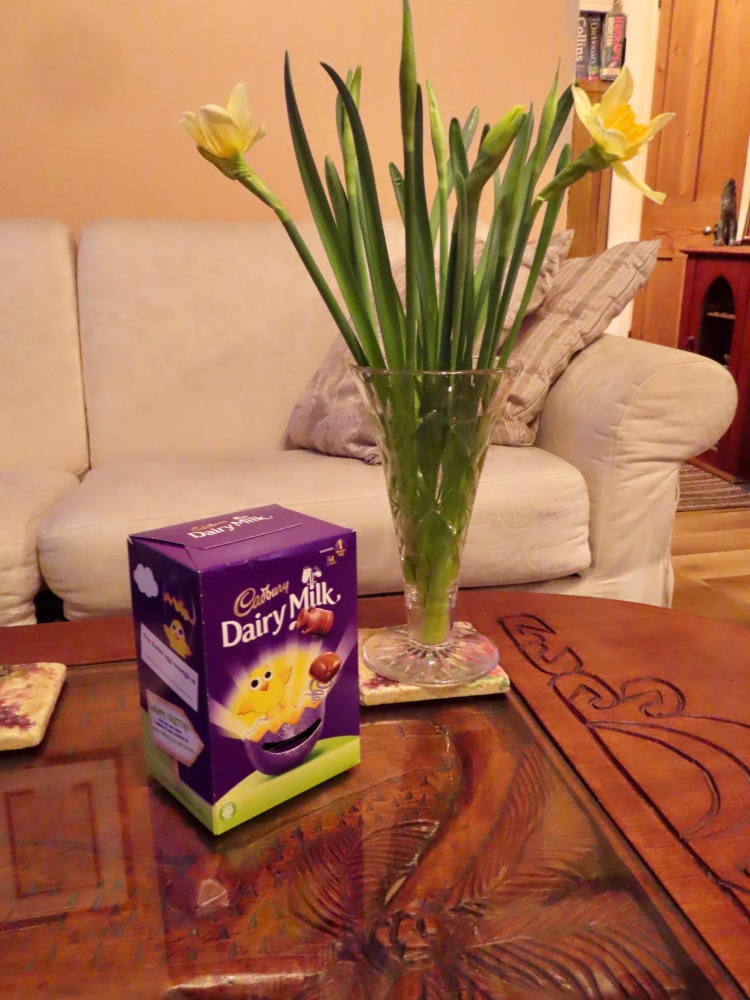 After lunch Jackie brought back my first Easter egg from Tesco’s where these delicacies had been on sale for at least a week. Like the pictures that began this post her intention had been that I might like to “put it on the blog”.

This evening we dined on succulent roast beef, crisp Yorkshire pudding, creamy potato and swede mash, and firm, tasty, Brussels sprouts and carrots with which I drank more of the Garnacha Syrah and Jackie drank Maury 2013.