Today, after our visitor had made some photographs in the garden, one of which, when published, will be a delightful surprise for many followers, Jackie drove John and me on a tour of the forest before lunching at the Fleur de Lys in Pilley and delivering him to New Milton trains station for his trip to Peterborough.

We had in fact begun with a journey to the station to enquire about the best route, but the queue was so long that we decided just to go back later.

John had also been asked to look up a house in the small hamlet of Brook. We couldn’t find it. He did, however, appreciate the trip on which he made links such as the landscape of Thomas Hardy of which our area reminded him.

with its ponies on the moorland,

our friend disembarked to commune with the equines. This was Jackie’s view of his approach.

The ponies tolerated having their noses rubbed.

The grey left the heath to stand beside the Modus 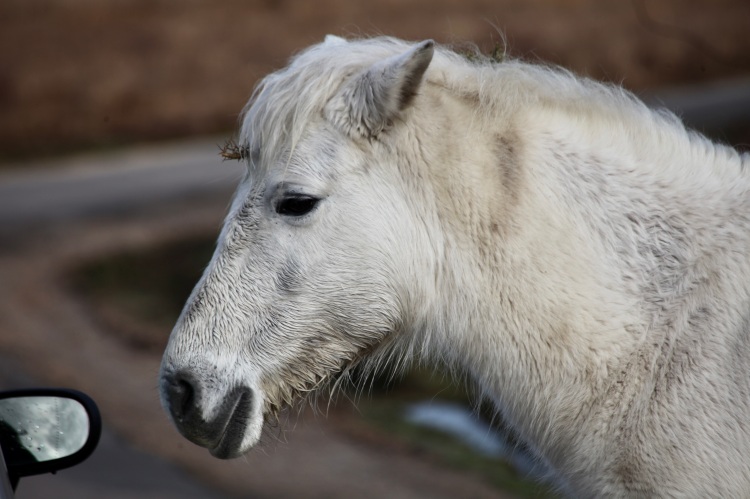 and admire itself in the driver’s wing mirror.

Jackie’s view, with the gorse protruding from the pony’s brow, was of a magical unicorn which didn’t take kindly to 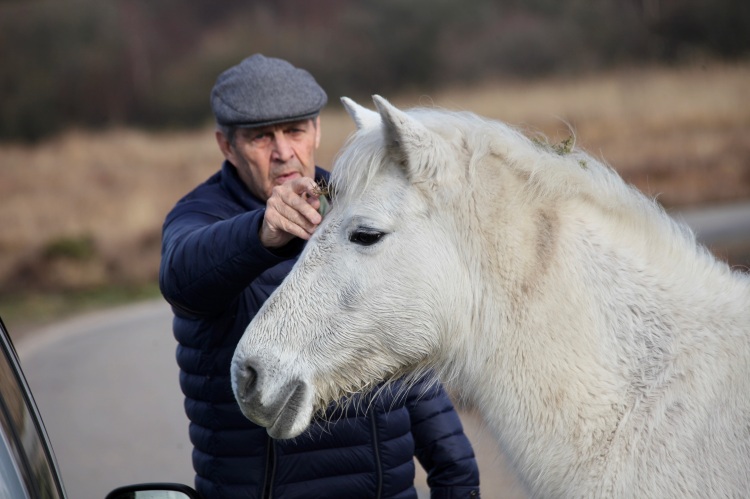 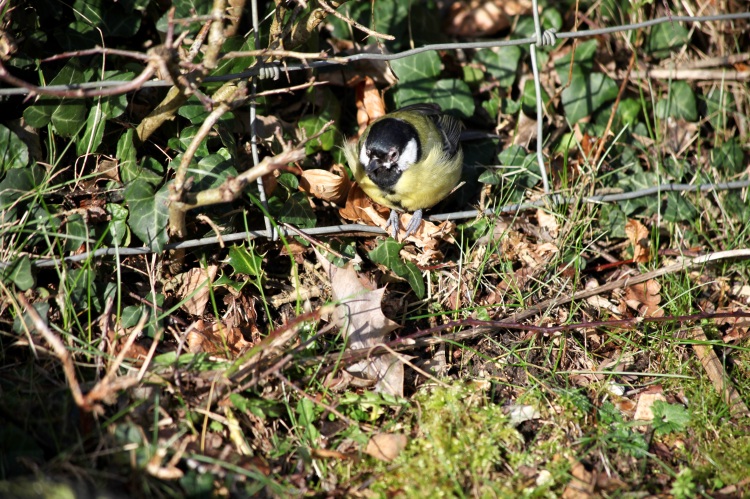 While waiting on Blissford Hill, an extremely steep and narrow thoroughfare at Frogham, for an approaching vehicle to pass, we watched a determinedly patient blue tit struggling to extract nesting material from a barbed wire fence.

After the unsuccessful search for the Brook house we took a light lunch at the Fleur de Lys, the 11th century inn at Pilley. John wandered around the establishment with his camera. He has taken many photographs on his trip and is looking forward to featuring them on his blog. So are we. 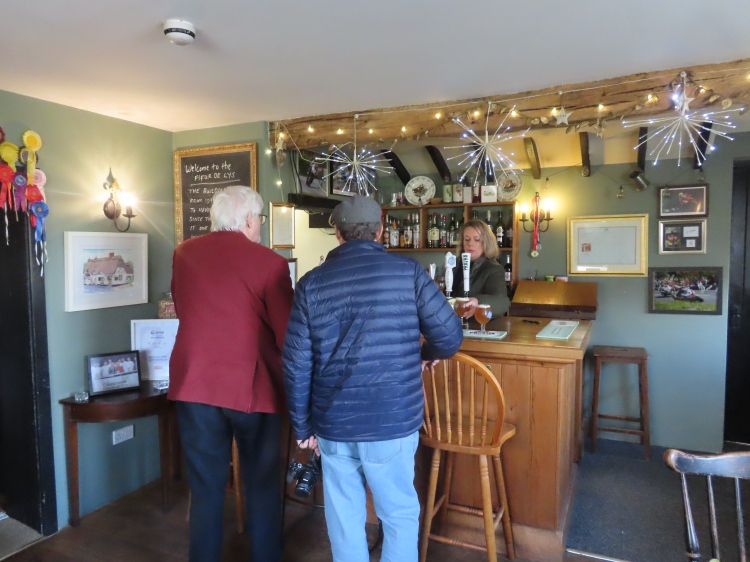 Jackie photographed John and me at the bar,

and John on his investigative rounds.

We each lunched on small bowls of scampi with a larger one of fries to share. Jackie and John drank Blue Moon and I drank Ringwood’s Forty-niner.

At New Milton we sadly left our Australian friend to continue his journey by train.

This evening Jackie and I dined on her toothsome beef and mushroom pie; creamy mashed potatoes; and crunchy carrots, cauliflower, and broccoli.

79 thoughts on “The Horse Whisperer”