Here is another look  at our existing kitchen. 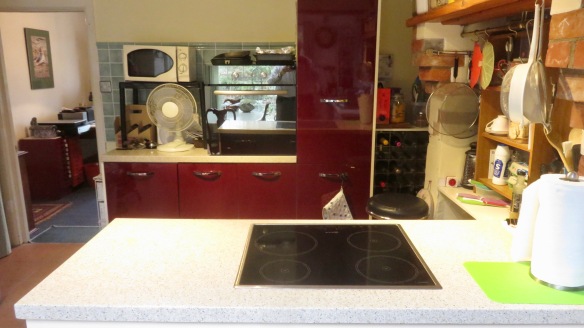 The section alongside the hobs is effectively the Culinary Queen’s current work surface. As shown in ‘Before The Makeover 1’ the oven, microwave, and fan occupy the other side of the small area at the back. The shelves to the right of the picture occupy a former fireplace. So encrusted with caked on grime were these hobs that, when we moved in, we did not know they were induction. Neither did we know how to use them, nor that we would need new saucepans. 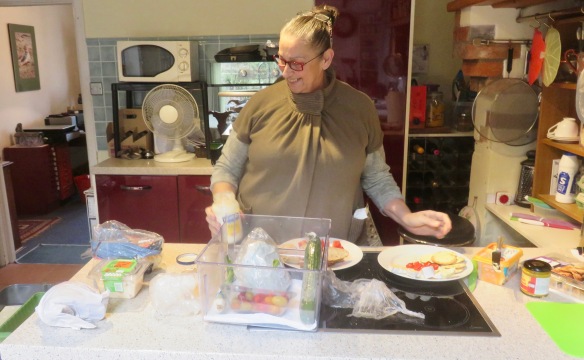 This is how lunch is prepared on this surface. 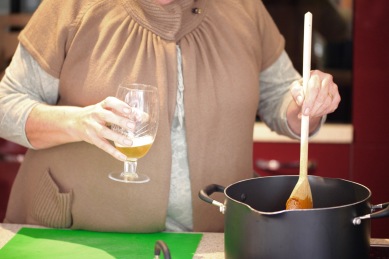 When the hobs are in use, as for cooking tonight’s jalfrezi, life becomes somewhat more complicated, chopping room being rather limited.

One of Aaron’s tasks this morning had been to prune some of the roses, like the prolific For Your Eyes Only. 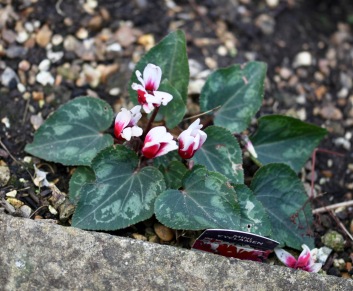 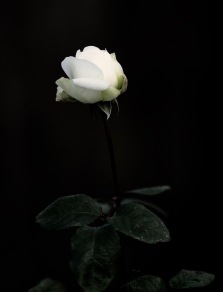 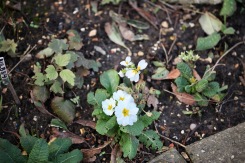 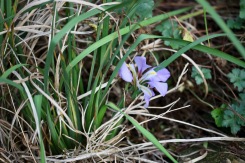 This afternoon I took a walk among the flora. The winter flowering cherry, the bergenia, the pansies, the cyclamens, the iris, and the vincas have been in evidence for a while. The little yellow bidens have continued to self seed since they first occupied the garden last Spring. The camellias are covered in buds, their first blooms having appeared in recent days. Jackie is particularly excited about the prospect of the Daphne odorata’s scents bursting from their expanding cases. One solitary Winchester Cathedral bloom stands tall in the Rose Garden.

With the aforementioned chicken jalfrezi, Jackie served her special savoury rice and Tesco’s pakoras and onion bahjis. As can be seen, she drank Hoegaarden. I drank more of the Malbec.