Jackie rose early this morning and sat in a chair on the patio with a cup of instant coffee.

In an instant Nugget was on a paving stone peering hopefully up at the rim of the cup.

Today’s weather was blustery and damp. The Test Match was delayed until after lunch. I spent the afternoon listening to the BBC Sport broadcast and scanning the first batch of a set of prints from negatives I have lost from a holiday with friends in August 2000. This was at the home of Sarah and Howard at Bembridge. Although we live so near the Isle of Wight this was the last time I visited it.

Jessica and Heidi towed Emily and Oliver in our dinghy;

and helped Jessica into their small yacht,

while Michael took over dinghy duties.

The skies had brightened a bit by the end of the afternoon when we visited Otter Nurseries to buy two more bags of compost and somehow came away with four more phlox plants and another bag of tulip bulbs. We continued on for a short forest drive.

Many of the verges, like these along Sandy Down, are already carpeted with cyclamen.

This gnarled fungus has more right to be there than

this shiny drink can.

This evening we dined on Jackie’s spicy chicken jalfrezi and boiled rice, with which she drank Hoegaarden and I drank El Zumbido Garnacha Syrah 2017.

Nasturtiums are the yardstick of frost. When their thick tendrils go limp and soggy and the flowers droop, we know that frost has arrived. On an overcast morning of this unseasonably oppressively warm day, I wandered out in the garden to take the measure of them. 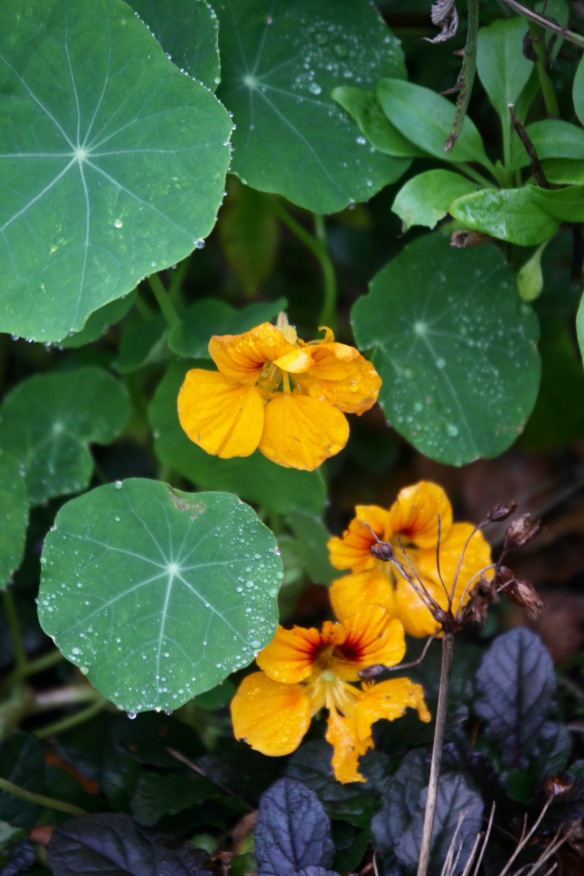 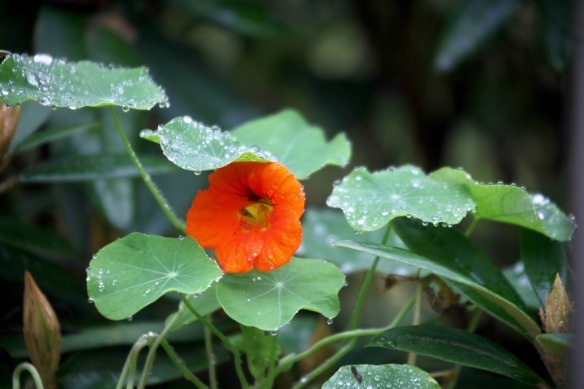 The flowers may look a little careworn, but they are bearing up well.

I then spent far too long fine-tuning my complaints letter to a partner of the O’Neill Patient legal firm before finally posting it by recorded delivery and e-mailing copies to our mortgage broker and to Becky. A much more pleasant task was the final bit of paperwork as an executor of my late friend Wolf’s estate.

This involved Jackie driving me to the Post Office in New Milton. We continued on to Tanner’s Lane in time for a pre-sunset look at

where a weak sun gleamed on the water. 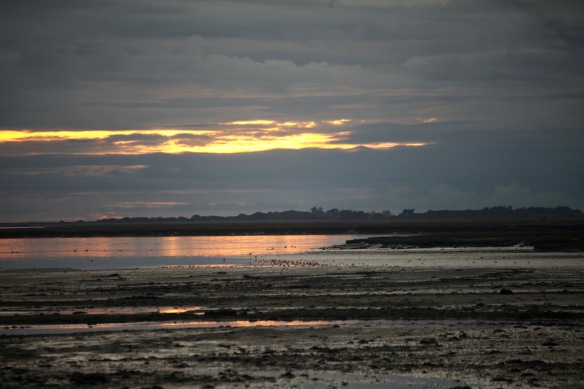 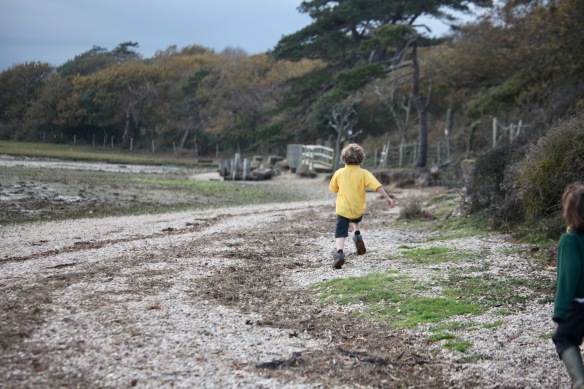 While watching this, I became aware of distant exuberant voices, until one small boy rushed past me, came to a standstill,

and waited for another to join him. Perhaps you can’t run so fast in Wellies.

Off they both continued, still testing their lung capacity,

until a somewhat larger lad divided them.

Bringing up the rear was a young woman I took to be the mother of at least one of the runners. She said she often brought them down here, where they loved to run about or throw stones. They would rather do that than anything else. “What could be better?” she exclaimed.

As I returned to the car I admired the cloudscape over the Isle of Wight and The Needles.

We are still enjoying temperatures in double figures, and the rain was easier today.

This morning we left a large photographic print for mounting with 4Most Framing in Old Milton. We returned home via Barton on Sea where 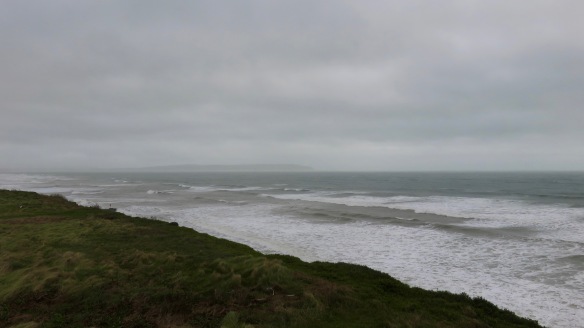 the waves were choppy and a layer of spray around the dimly visible Isle of Wight gave it the appearance of a Hovercraft skimming over the surface of the water. 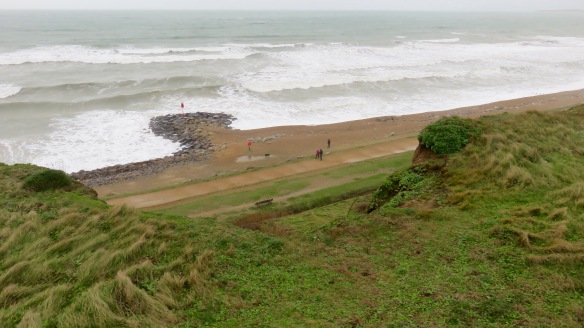 The weather was still mild enough for walkers to venture onto the shore down below the crumbling cliff.

This afternoon we brought our Christmas decorations downstairs and prepared a space for the tree which still occupies the boot of the car. 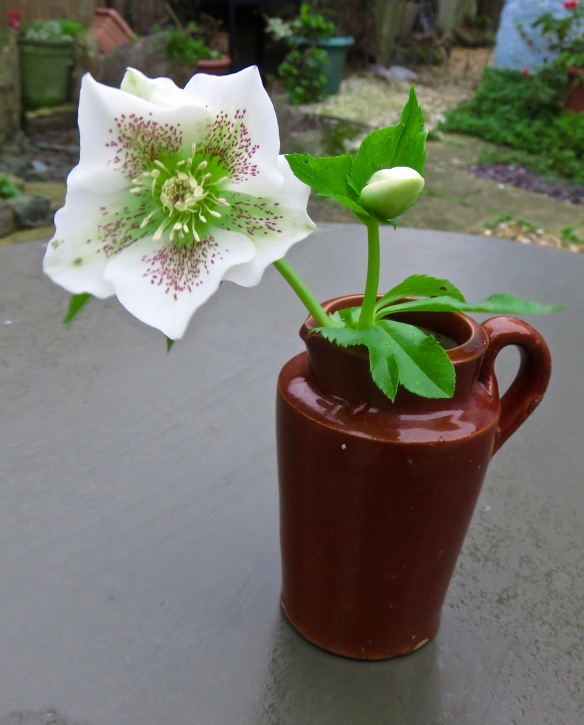 Jackie picked a precocious hellebore bloom and placed it in a little brown Victorian cream jug gathered by Matthew during our mudlarking days.

Later, she trailed a string of coloured lights along the front garden trellis.

The Christmas lights at Lymington, where we dined at Lal Quilla, were inviting, but I forgot my camera. Although it is several months since we last visited the restaurant we received our usual warm welcome and excellent meals with Kingfisher beer.