On a largely overcast and humid morning I took an amble down to Roger’s footpath and back. 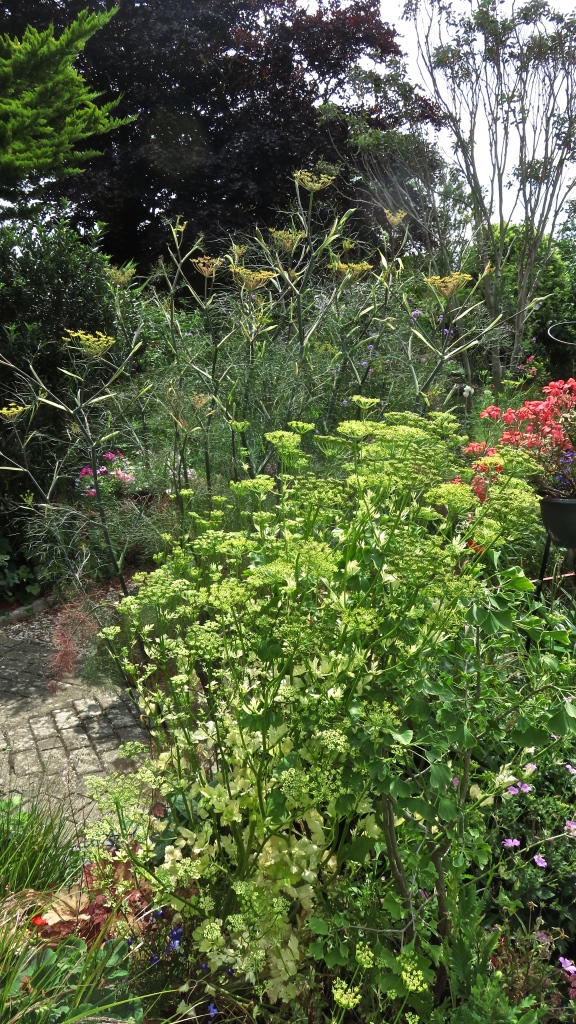 Parsley and fennel are now flowering in the bed opposite the kitchen window. 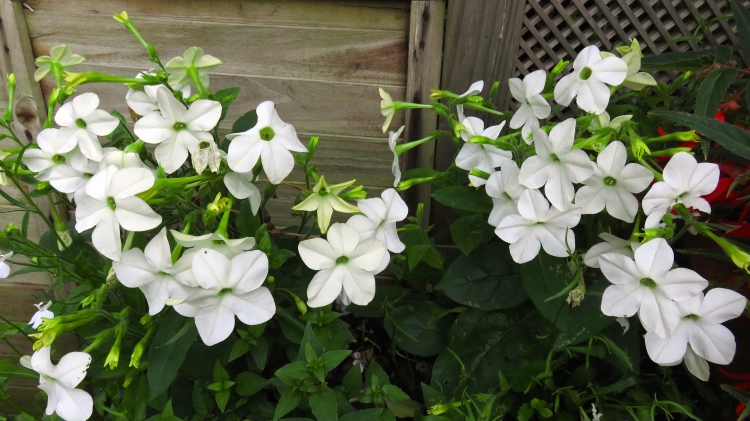 White nicotiana spreads its scent across the patio. 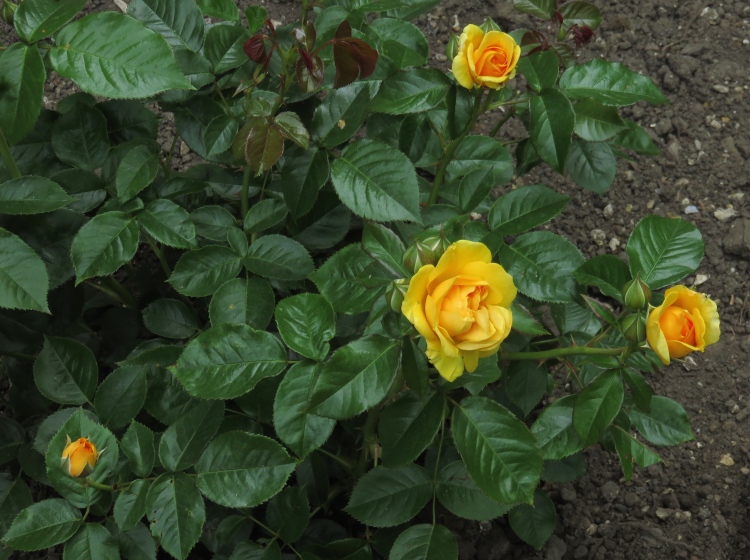 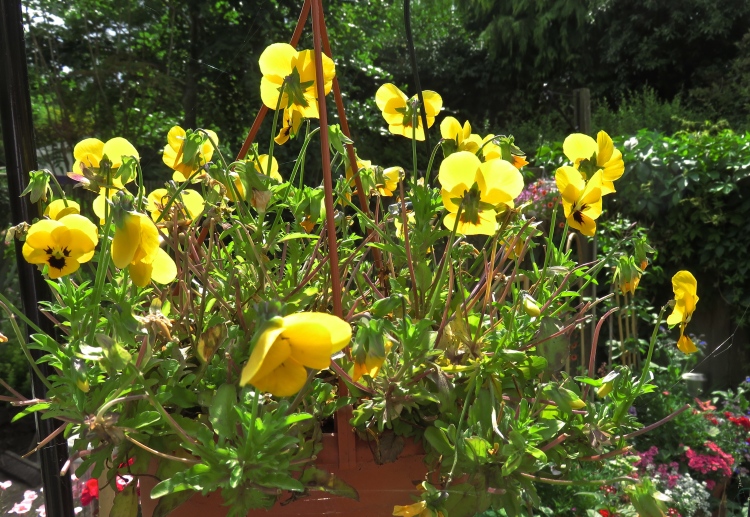 Violas suspended from the entrance arch to the back drive soak up the sun’s fleeting rays. 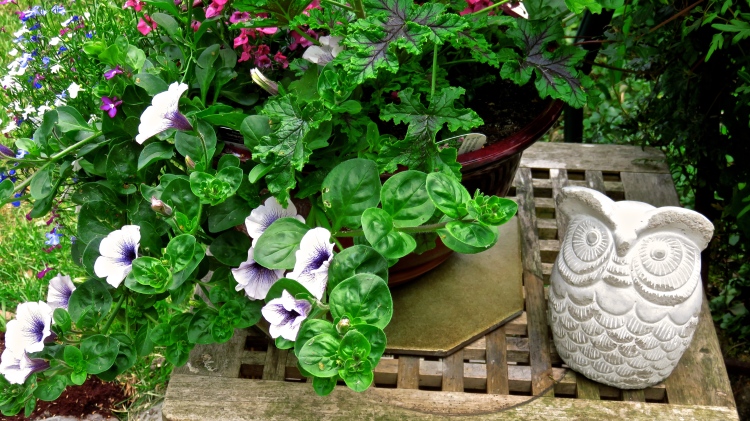 I found that a snowy owl has been sneaked in. 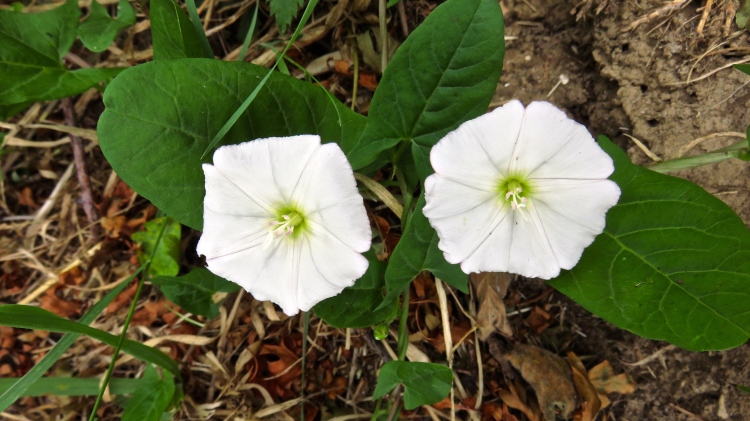 For the purposes of rearranging the furniture I was permitted to enter the shed this morning. If truth be told, I was probably more hindrance than help, although the Head Gardener was too kind to say so. I was taken back, however, to my very early childhood when, asking my mother if I could help with the housework, I would receive the response: ‘Yes. Sit on a chair and keep out of my way’.

We now have a reasonably tame thrush. Whether this is the result of imprinting during its fearless infancy, or because, when she discovers a nest of snails or slugs she lays them out on the path for the grateful bird, is not clear. 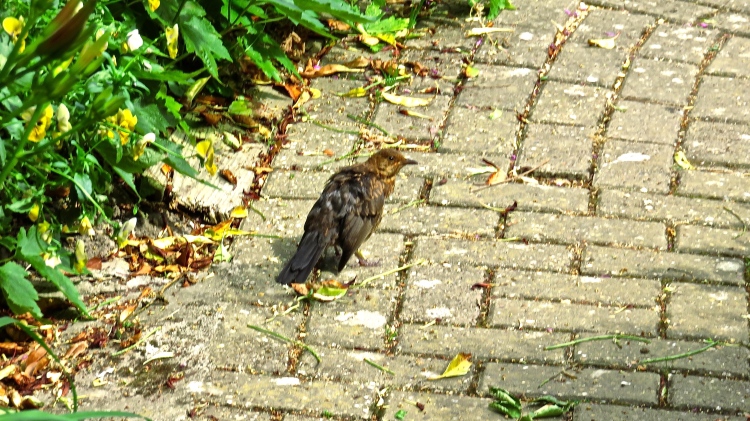 However, once our little friend has had its fill, it will often stand, looking hopeful, awaiting a further feed. 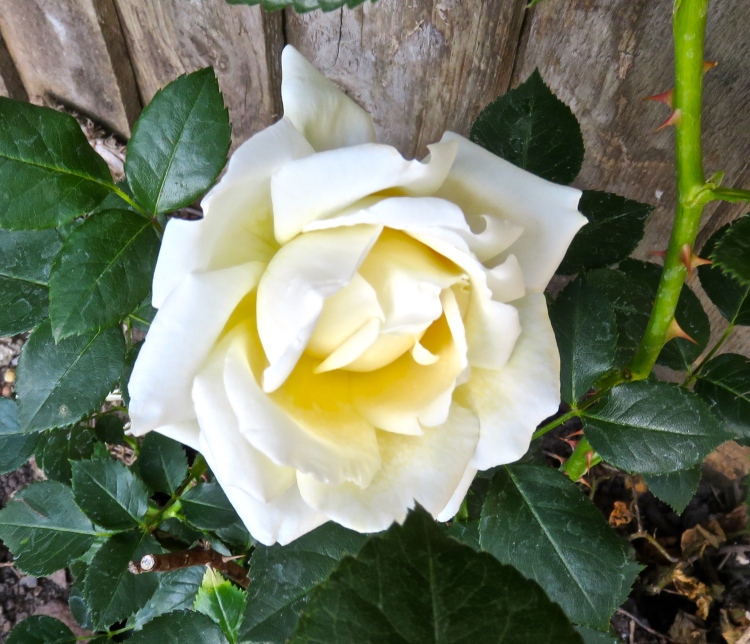 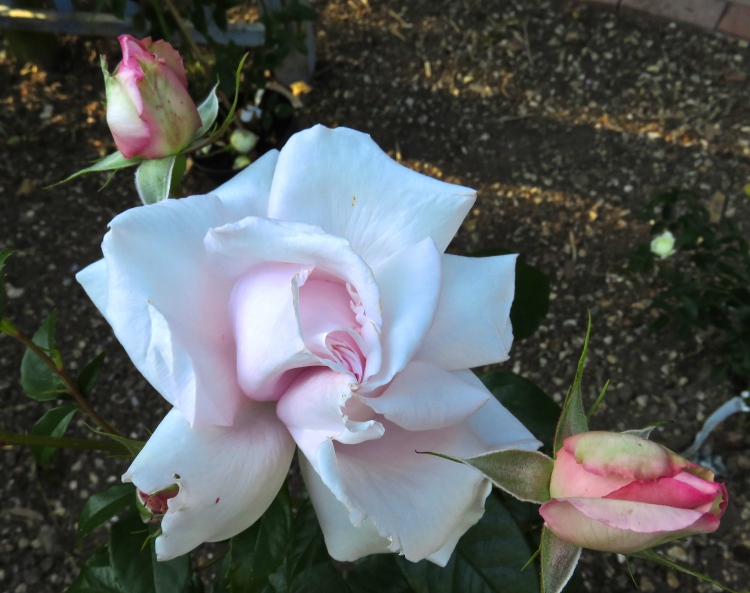 Along Romsey Road at Copythorne stands the only building to have been granted the honour of membership of the P.G. Wodehouse Society. This is the Empress of Blandings public house named after the great comic author’s porcine character. 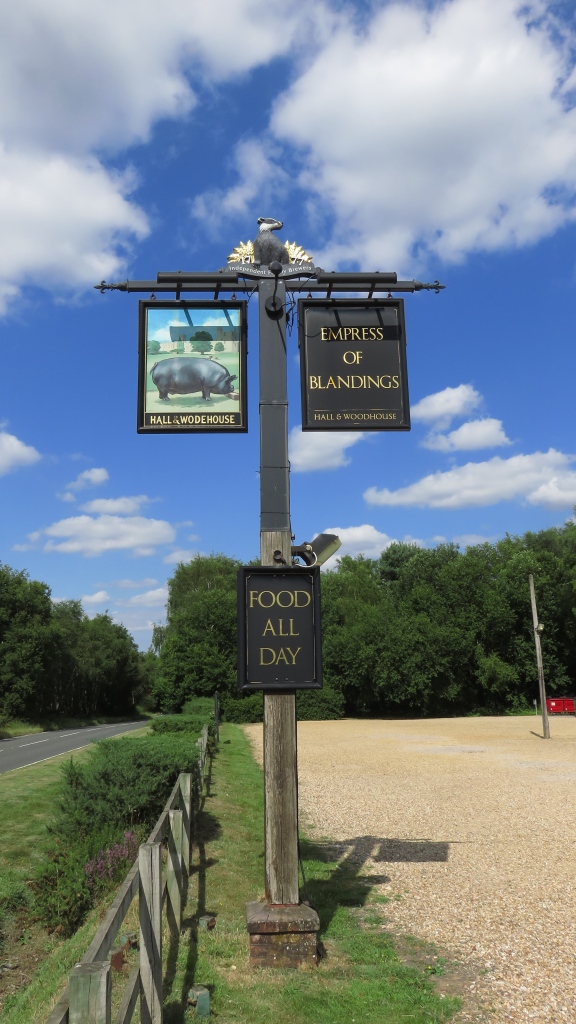 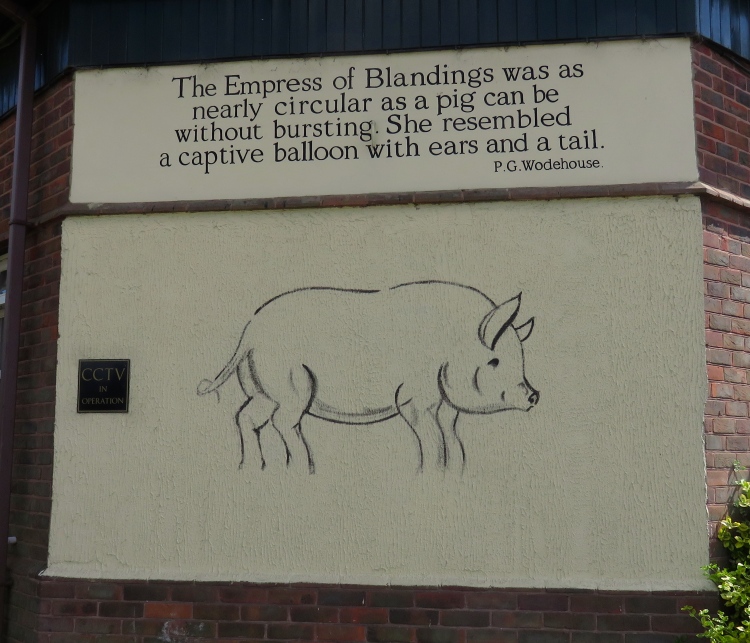 It seemed only right and proper to photograph the pub sign and the mural quotation for Ashokbhatia, an erudite and amusing blogger who is a great Wodehouse fan. His writing on the master’s oeuvre alone are insightful and enlightening. And he has more to say besides.

We chose a different route home, and dawdled through the forest around Bolderwood. There the late afternoon sun filtered through the trees, dappling some scenes and throwing the spotlight on others. 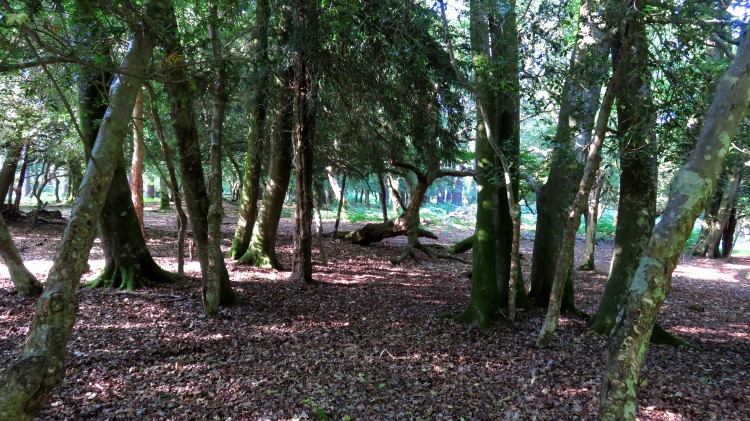 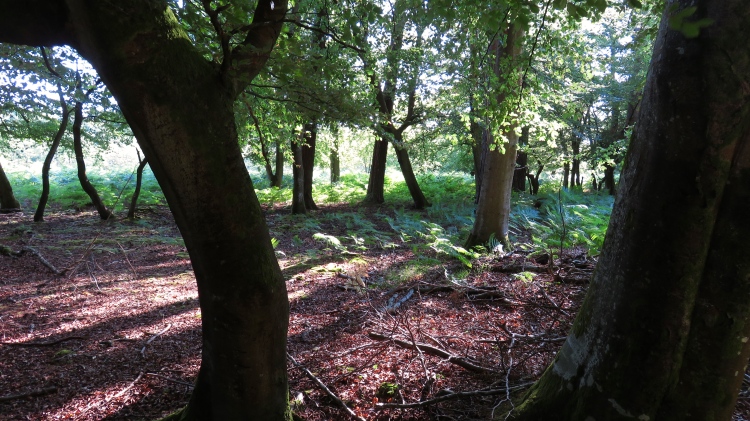 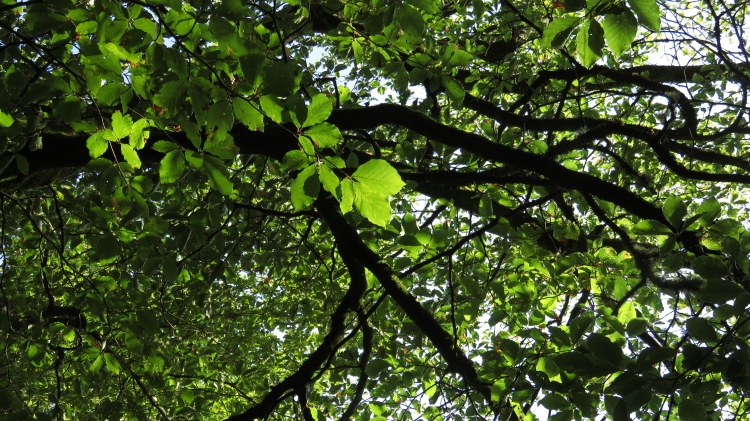 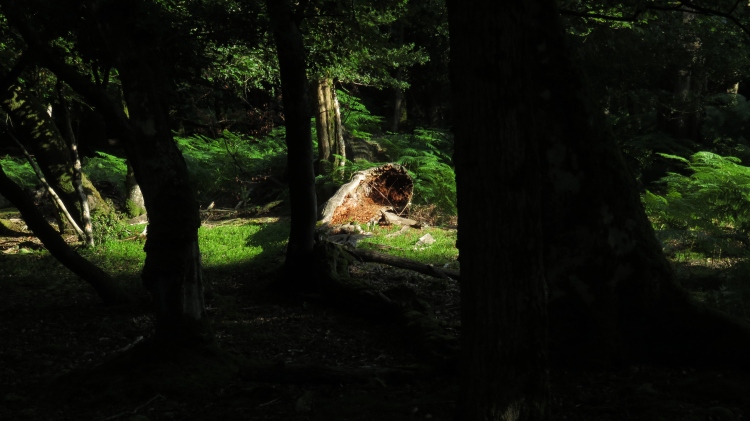 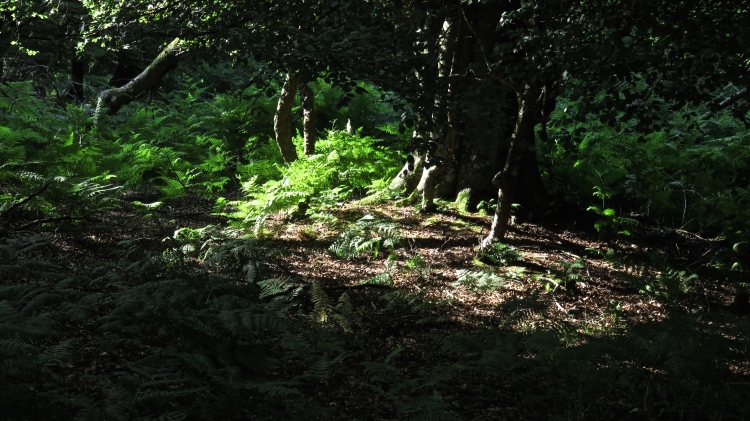 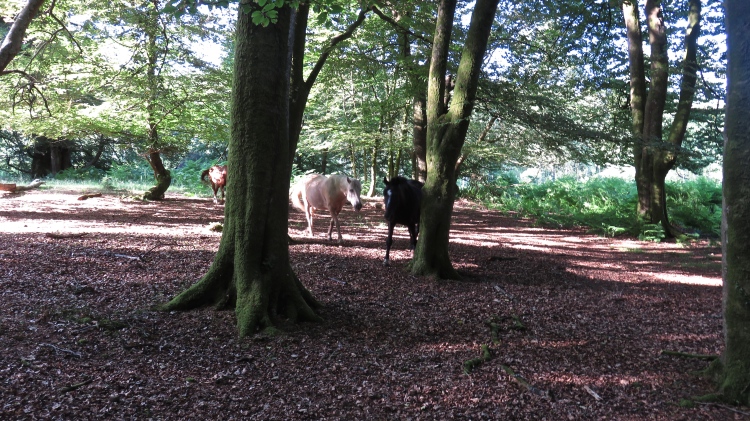 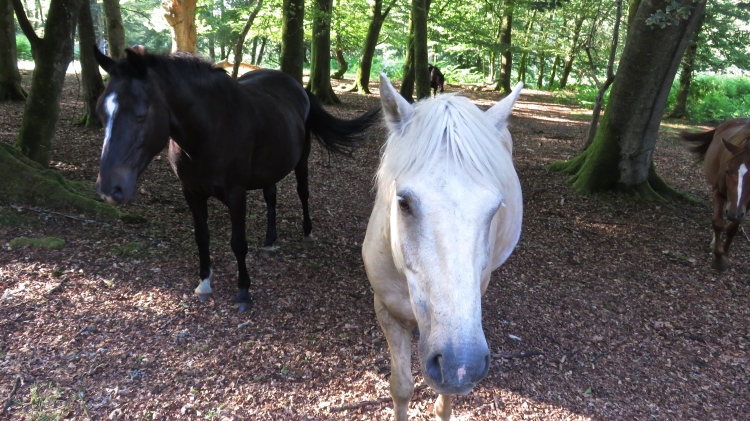 New Forest ponies are not known for speed. In fact they often hardly move at all, preferring to stand and sleep or graze. When half a dozen of them rushed towards me at a trot, I was a little perturbed, and retreated to the car. So near came these creatures that I didn’t have room to open the door. This was a bit close and personal for my liking. Eventually they got the message that I wasn’t going to feed them, and cantered off along the road to find someone else to molest.

31 thoughts on “Up Close And Personal”