I began the day by managing to load all the pictures missing from yesterday’s post.

Flushed with success on this morning bright and crisp enough to bring tinges of pink, like those still visible in the garden, I ventured outside with my camera.

Although the curtain  of weeping birch leaves is preparing to shed its beads, and the hosts of honesty reveal its seeds, 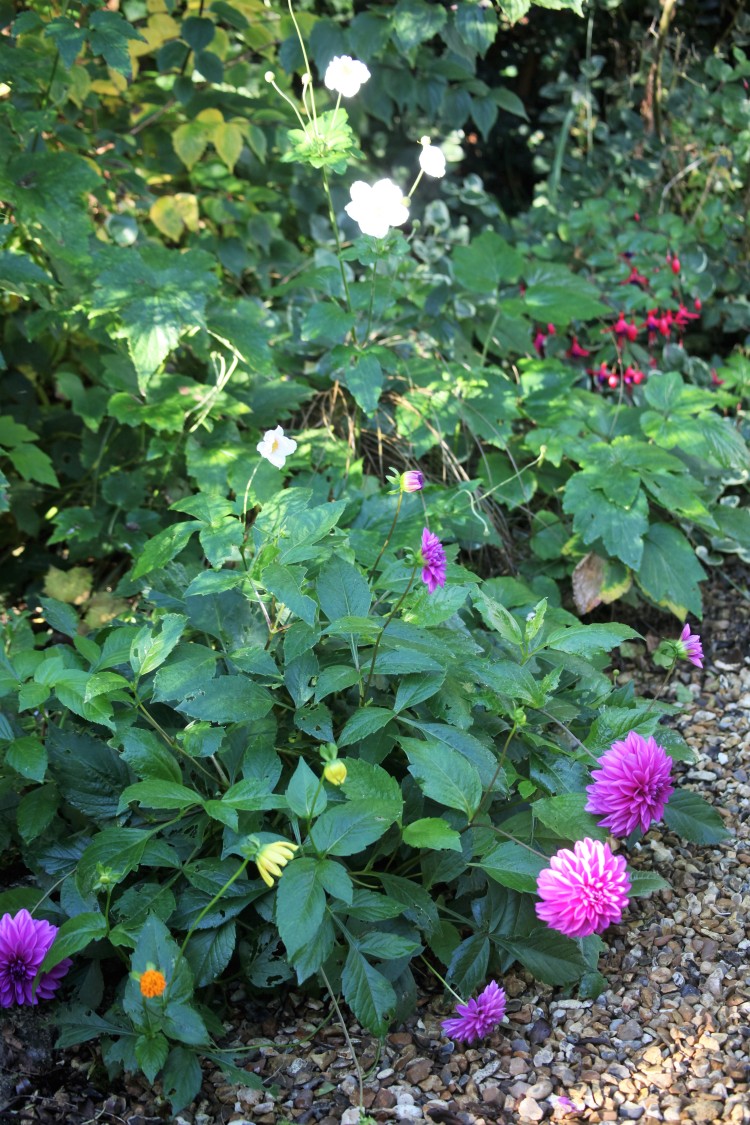 we still have plenty of colourful blooms, such as these dahlias, Japanese anemones, and fuchsias; 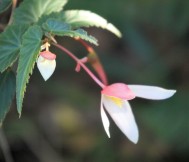 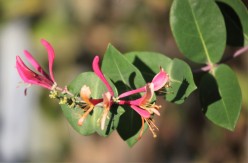 This afternoon we went on driveabout. 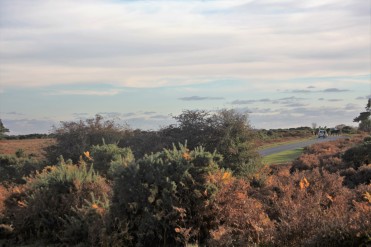 On the moors between Brockenhurst and Beaulieu, the lowering sun gilded the topmost bracken fronds.

As we approached Beaulieu, ponies and cattle shared the grazing.

The equines wandered along the road seeking traffic to disrupt; 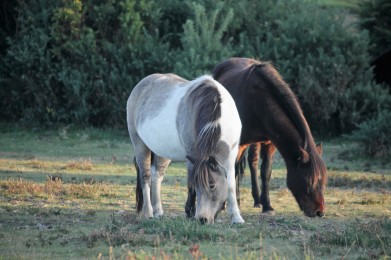 further on, a trio was more interested in the fodder. 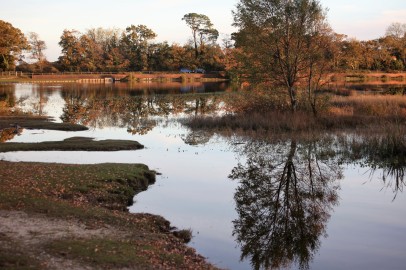 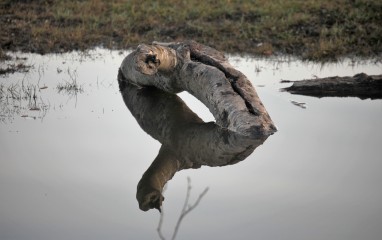 Hatchet Pond itself was still and reflective. 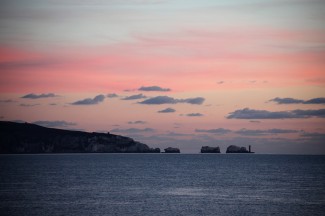 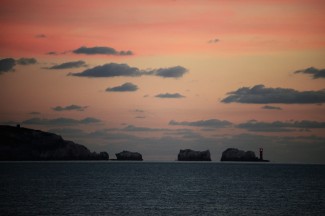 On our return we diverted to Milford on Sea to catch the sunset. Looking east towards the Isle of Wight the sky wore pastel pinks and indigo hues; 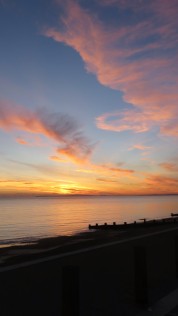 contrasting with the fiery flames lighting up the west. As the sun receded into the water its radial beams streamed upwards.

This evening we dined on cheese-centred haddock fish cakes, mashed potato and swede, crunchy cauliflower, carrots, and runner beans, with which we both drank Prestige & Cavet sauvignon blanc 2014.