Today I continued the scanning of colour negatives made in Cumbria on 18th August 1992, and last mentioned in ‘Welcome To The World’.

We visited a popular boating lake, 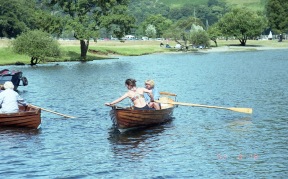 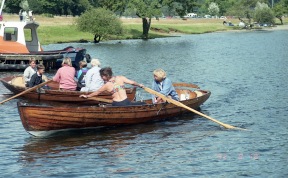 on which Jessica rowed our friend Alison Barran.

I have occasionally mentioned my fear of heights. This is described in particular in ‘Vertigo’.

Jessica never gave up trying to get me up mountains. Place Fell, which we scaled on the day in question was a case in point. 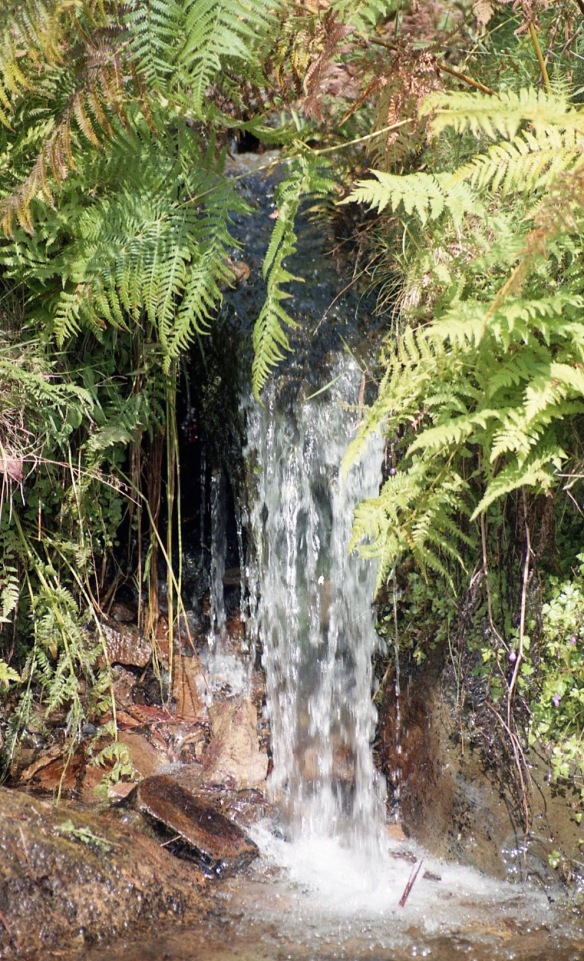 A sparkling waterfall fairly near the bottom was not too scary. I could have settled for that. 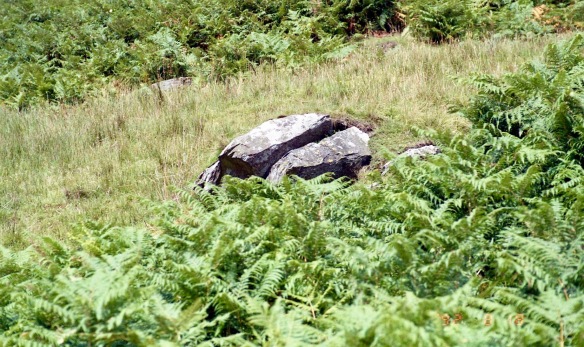 The cleft in this granite boulder was an example of the rugged nature of the terrain. 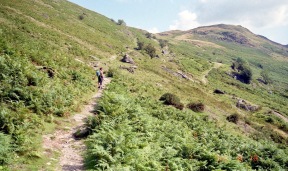 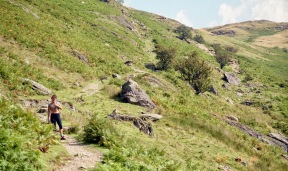 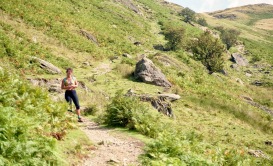 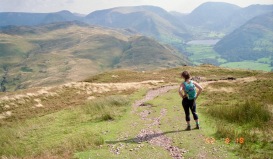 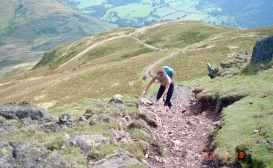 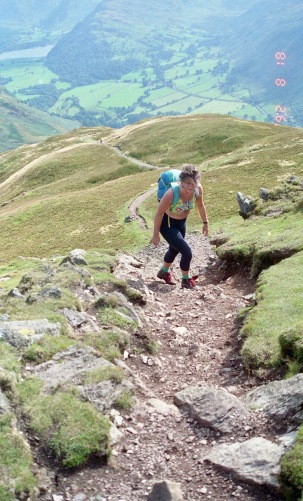 Others littered the sloping hillsides on which hikers had trodden a clear path along which Jessica fearlessly strode,

eventually reaching the summit. In order to avoid any misunderstanding I am honour bound to state that 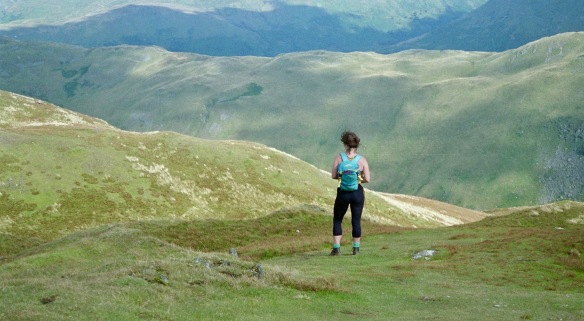 I may just about have managed to stand at a high point to depict her gazing across the lumpy terrain, 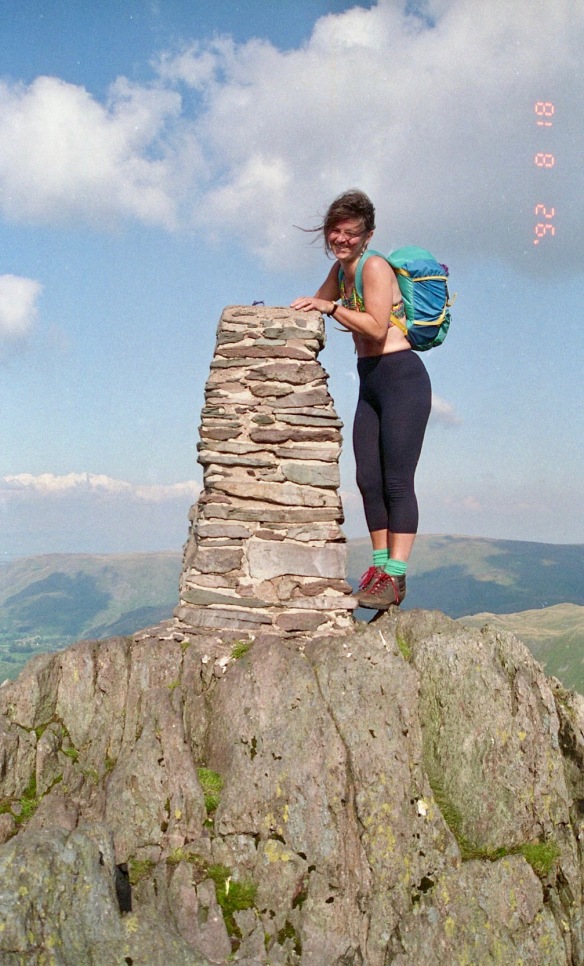 but there was no way it would have been perched alongside this marker cairn. 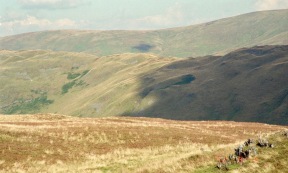 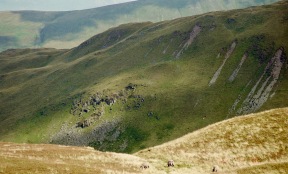 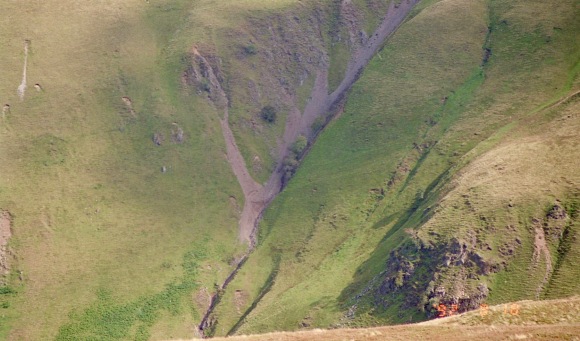 Indeed I felt more than somewhat queasy enough when taking some of these shots on the way up. Note the sheep in the second picture.

Unfortunately most of the compositions did not lend themselves to cropping out the unsightly date stamp.

This evening we dined on Jackie’s Post House Pie served with carrots, green beans, and cauliflower.  Dessert was lemon Swiss roll and vanilla ice cream. I finished the Bordeaux.

49 thoughts on “I Felt More Than Somewhat Queasy”