This morning Jackie drove us to Lymington for me to take photographs that might be suitable for the walls of Lal Quilla restaurant. Raj had asked me for some a couple of days ago. 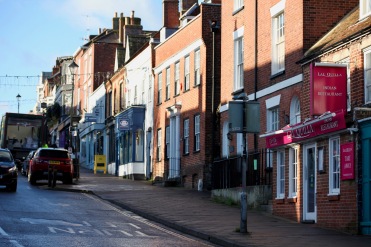 I began with a few featuring the building itself. 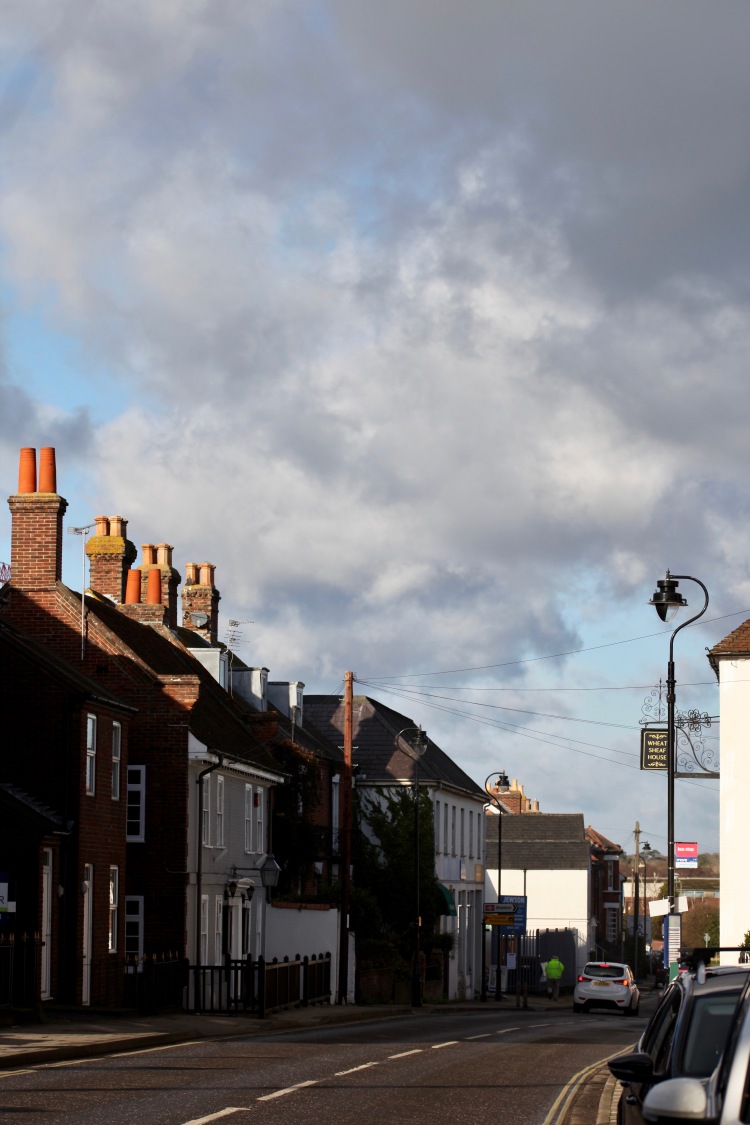 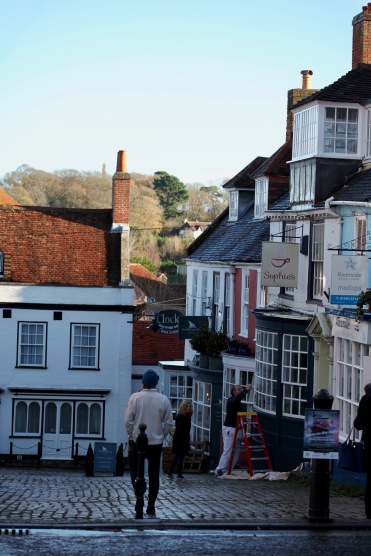 where the painter working on Sophie’s stopped to pass the time of day with a passer-by.

The King’s Head stands on the corner diagonally opposite Lal Quilla, at the point at which the High Street turns at right angles into Gosport Street. The tavern’s website tells us that

‘Despite dating back at least 300 years, many of the original features of The Kings Head can still be seen today.

The pub is known to have originally also been a bakers back in the day and even now the old bakers oven is still standing, along with the old well which is featured at the centre of the pub.

When you visit The Kings Head you will see the long-lasting beams made from Napoleonic Ships that only add to the character of this old English pub.

The pretty courtyard that we see today was previously used for fish-drying, whilst the buildings adjacent to the yard were an abattoir and fishermans house.

Despite these drastic changes over time, the inside of the pub has remained somewhat the same and the great open fire that cannot be missed is at least 300 years old.

It is these characteristics that, when you visit, make it easy to imagine the pub back in the 18th Century as a regular haunt for the smugglers and sailors that would frequent this famous sailing town.

Sometimes, if you’re lucky, you may even see one of the old regulars who used to pick up pots in exchange for ‘grog’ as he has been said to return occasionally as the pubs very own friendly ghost…’ 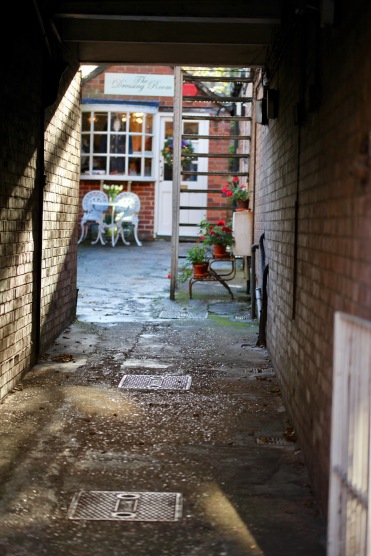 I doubt that Raj, the manager, would want all the pictures I have produced, such as those of two alleys that can be seen from inside the restaurant, but I did need to indulge myself. 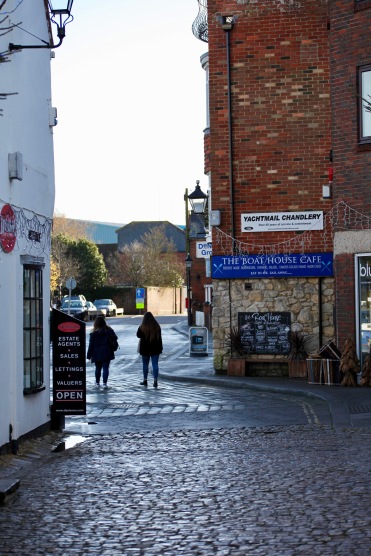 Quay Street lies at the bottom of Quay Hill. The driver who left his van at bottom right of the second picture was to be disappointed when he attempted to deliver a package to a closed shop. Winter hours in these establishments are somewhat restricted. The Boat House Café featured in the first scene is where we brunched,

after I had wandered along the quay photographing a row of people seated on a bench; 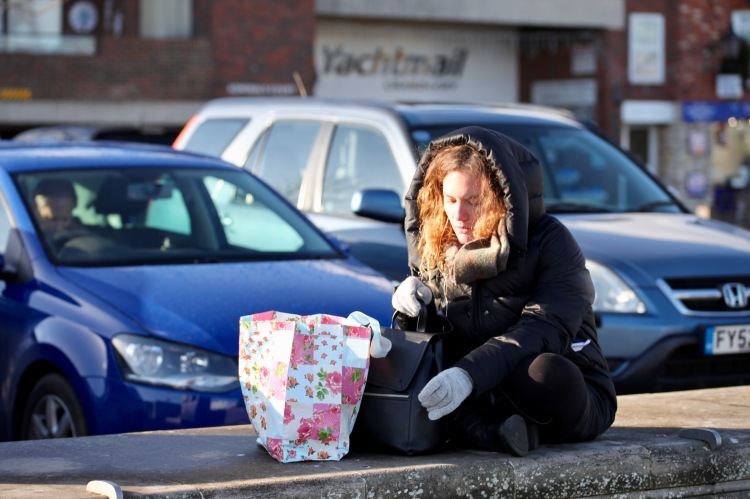 a young woman crouching cross-legged on a concrete wall; 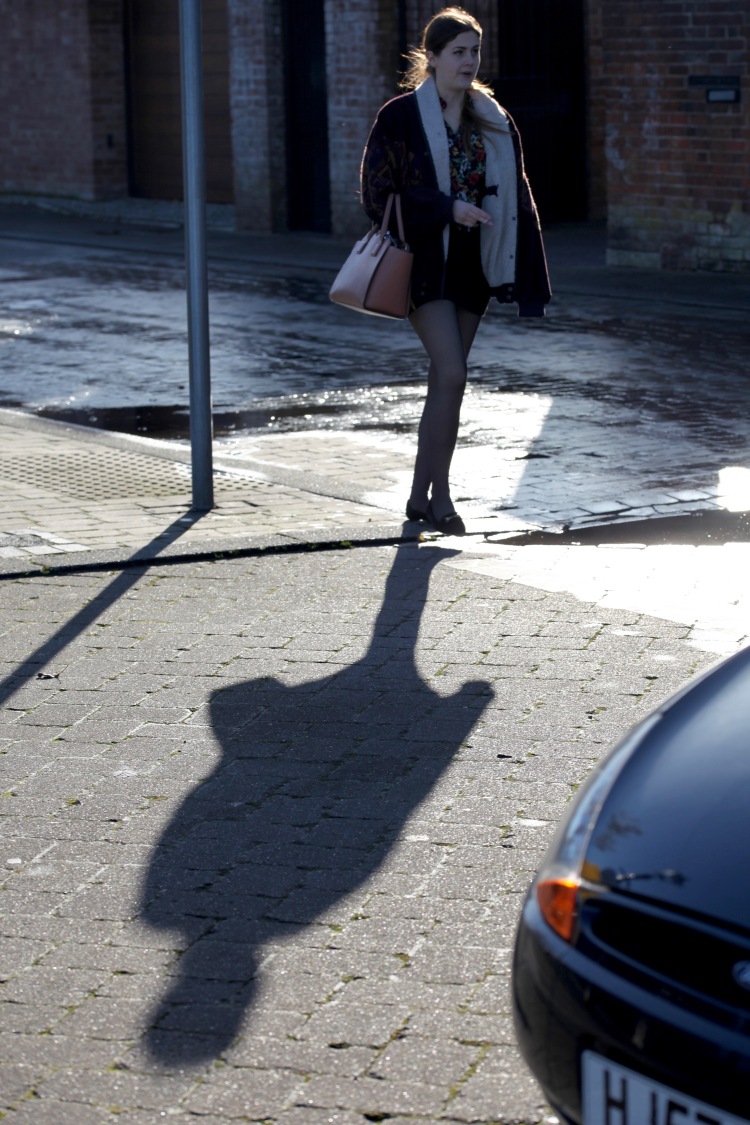 and another casting a long shadow as our paths crossed.

The train aiming for the Isle of Wight ferry traversed the harbour.

A pair of oriental tourists walked towards The Ship Inn, 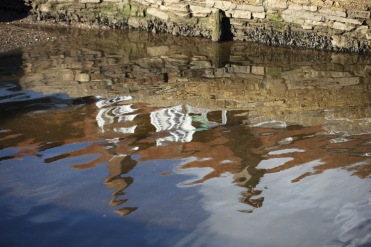 the windows of which rippled in the water. 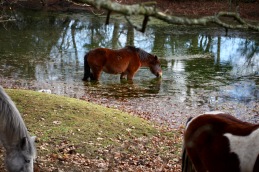 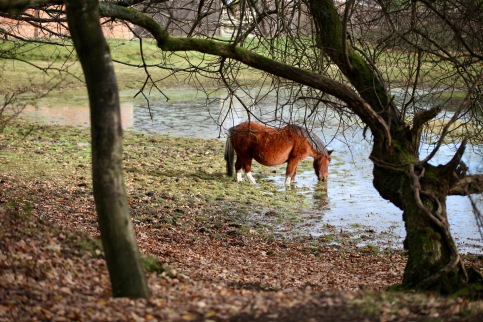 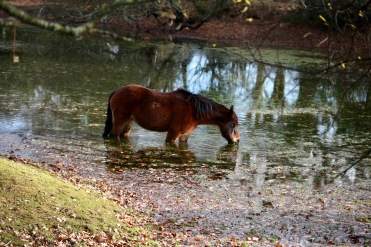 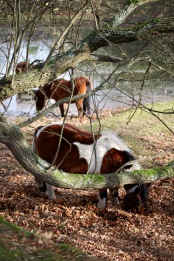 We drove on through the forest and found ourselves at Pilley Bailey, where, knee deep in water or autumn leaves, a group of ponies enjoyed their alfresco lunch.

One of these animals decided to cross the road. As I turned to watch it, I noticed 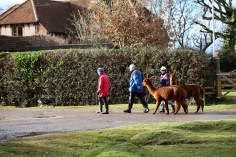 a trio of alpaca and dog walkers.

One of the ungulates stopped still, staring in my direction. “Look, he’s posing”, cried his guide, as she strained at the leash. 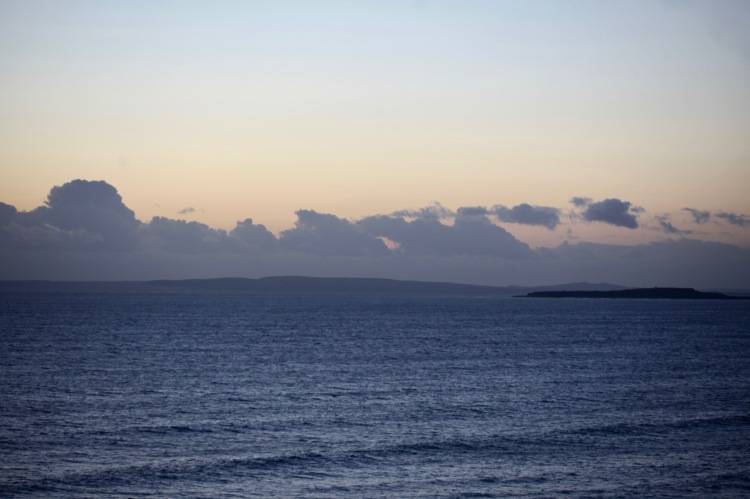 We were a little late to catch the sunset at Barton on Sea, but the bank of clouds resting on the horizon gave a differently dramatic effect.