It was a shame that we were only due sunshine and lack of rain this morning, because I needed to be at home for the Openreach engineer engaged by BT. I won’t dwell on this, but, although the man turned up on time the problem is not resolved. It didn’t help that he hadn’t been told what Friday’s engineer had done and that he had been sent for an installation rather than a repair. Another technician is to attend tomorrow.

I did manage to wander round the garden before heavy rain set in for the afternoon. 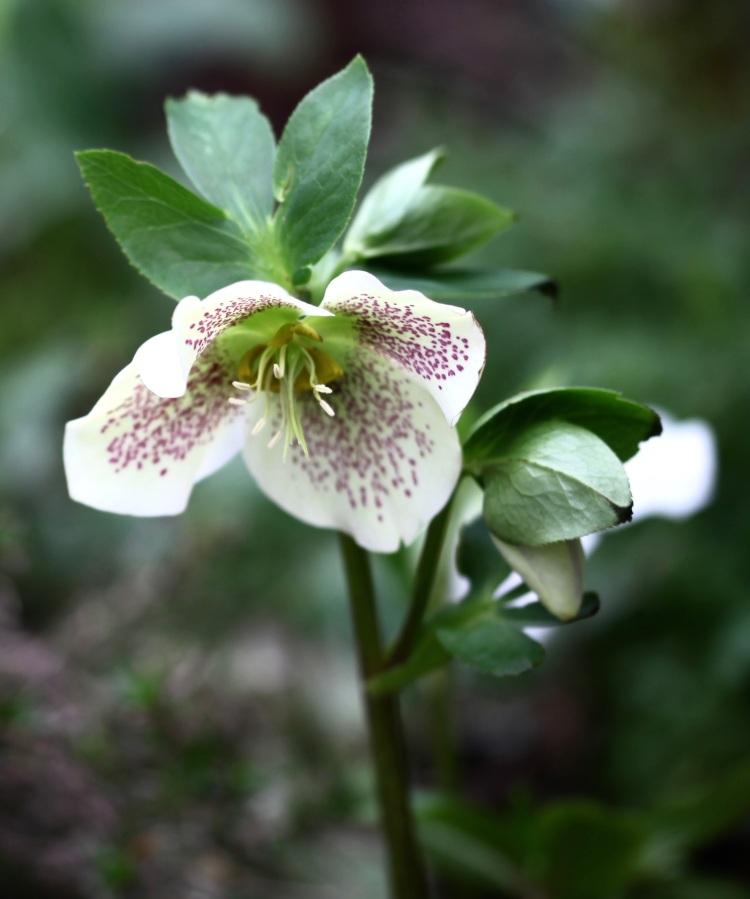 We have numerous hellebores; 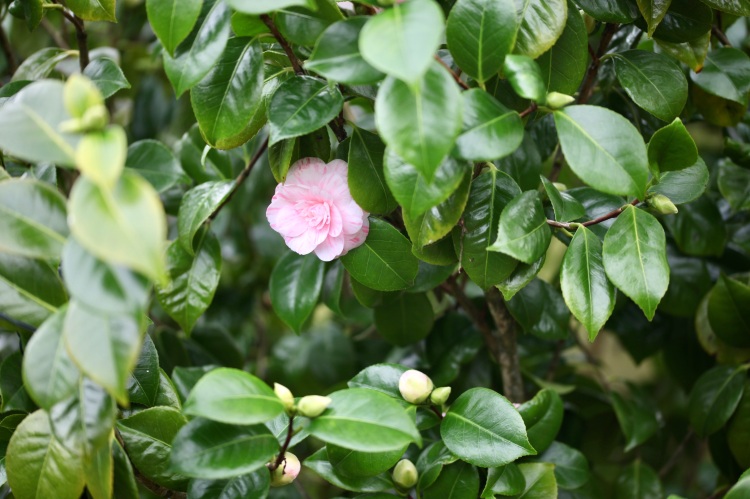 a prolific variety of camellias;

and snowdrops coming into bloom throughout.

One of the occupants of the Dragon Bed cradles her egg;

another has recovered well after Aaron’s spinal surgery.

After lunch, with raindrops splattering on the roof of the car and slaloming down the windscreen, we took a drive into the forest. 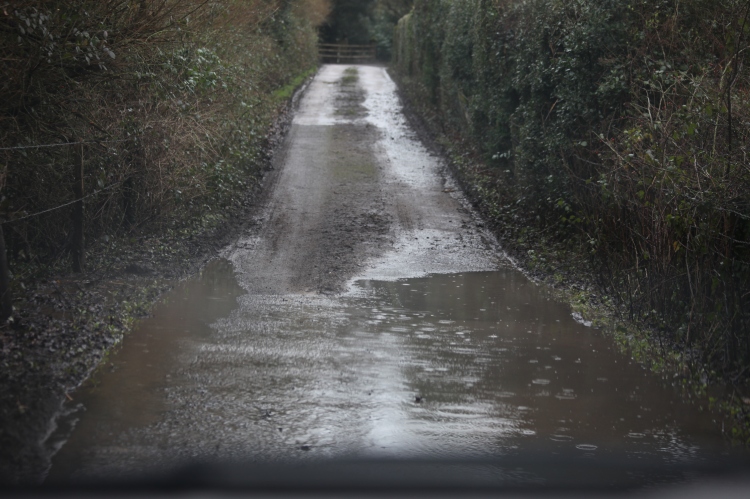 The watery Black Lane, in the murk, lived up to its name.

Many of our roads are now irrigated by overflowing ditches and waterlogged fields.

Braggers Lane, with its

rippling reflective bubbling pools stretching alongside, is a good example.

Despite the banked verges, the fields are very generous with their excess water.

Woodland is a little meaner. 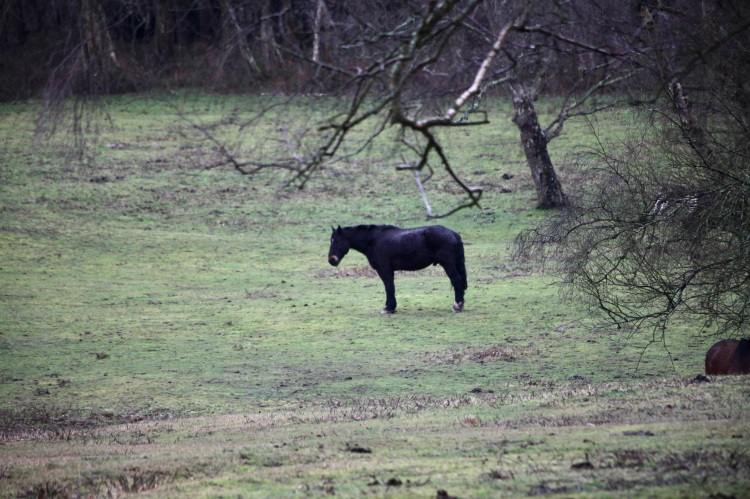 A group of horses, some wearing waterproof rugs, simply tolerated the downfall.

Further along, on Thatchers Lane, fallen. lichen-coated branches, recently at home on dry land, are reflected in their own pools. Drinks cans now bob beside them.

Long haired goats foraged in the grass alongside Fish Street. One inquisitive creature raised its head briefly before getting on with its late lunch. 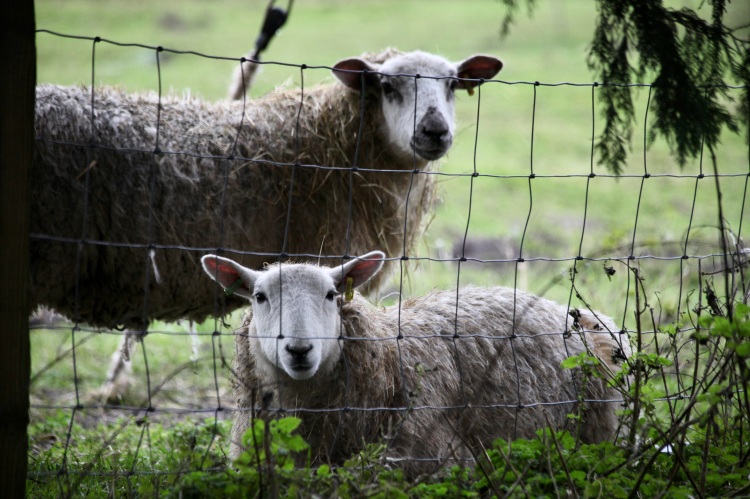 Sheep sheltering on London Lane wondered why I was standing there getting wet. 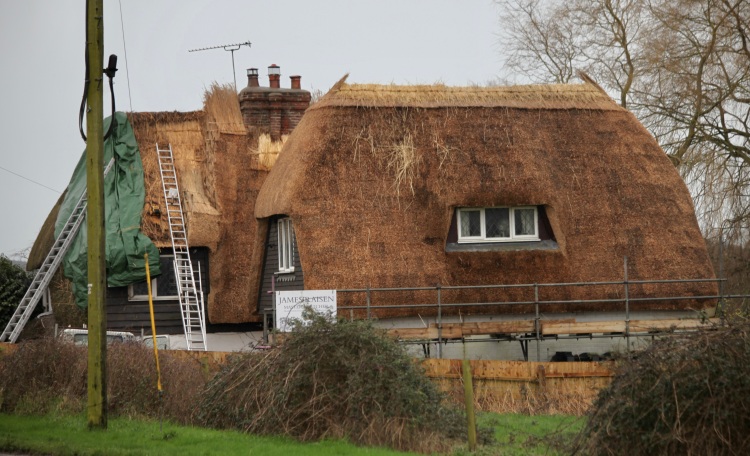 At Avon thatchers seemed to have called it a day. It seemed a good idea, so we set off for home.

This evening we dined on Jackie’s nicely matured sausage casserole; crisp roast potatoes; firm Brussels sprouts; and tricolour carrots with which I finished the Malbec.