On a gloriously warm and sunny Good Friday, being the start of a four day holiday weekend, the government was still urging the public to adhere to the coronavirus lockdown  regulations; the UK reported death toll was now approaching 1,000 in the last 24 hours; and a small but significant minority of people were transgressing and being variously dealt with by the police.

The diurnal poppies that, if regularly deadheaded, will last for another six months have appeared in the back garden. 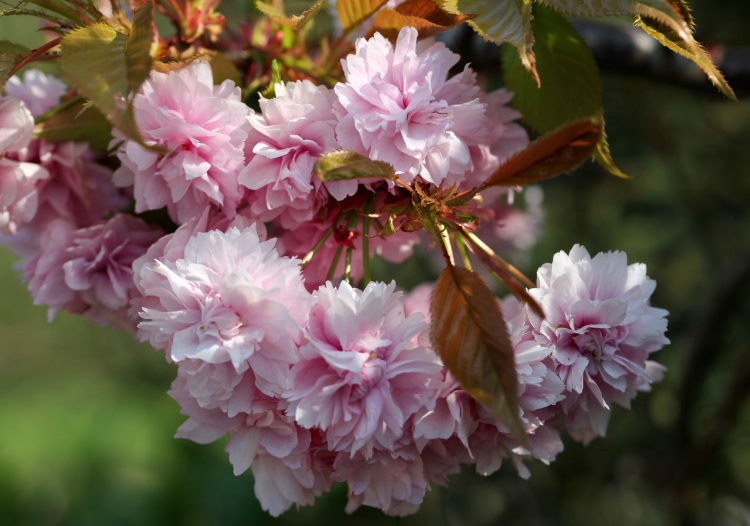 In the front we have pink cherry, 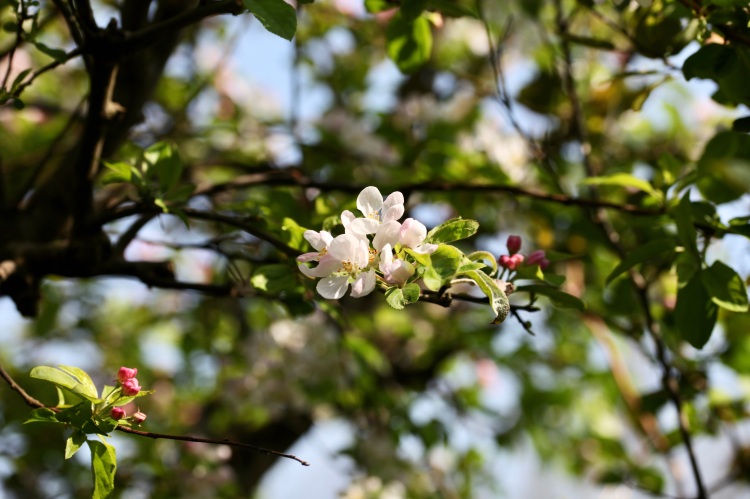 while clematis Montana and vinca vie for purchase on the low wall.

After lunch I walked along Christchurch Road to the fallow field, down into Honeylake Wood, and back.

My chosen entrance to the field, avoiding the kissing gate was now becoming quite well trodden. 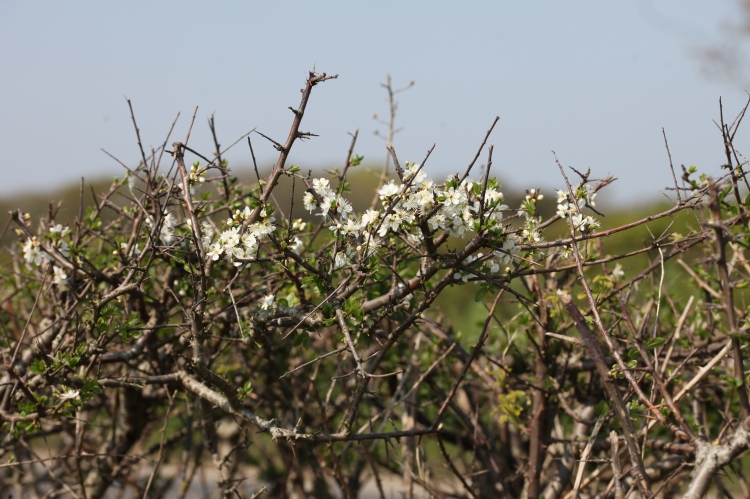 The arable land is fronted by blackthorn hedgerows 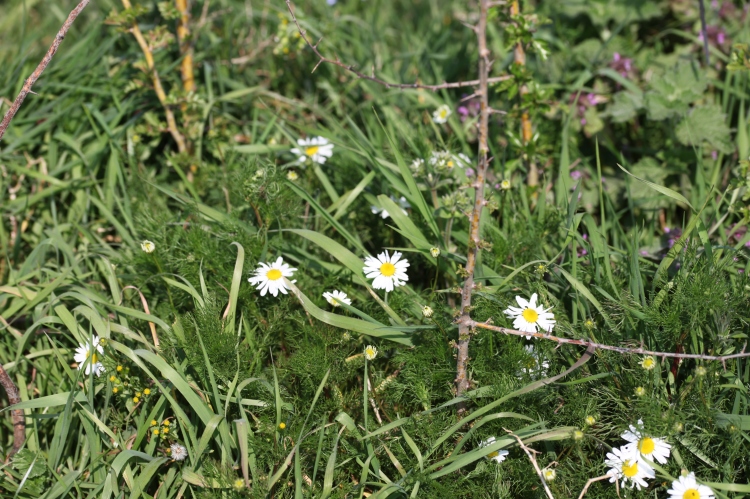 with wild flowers such as daisies and dandelions at their base.

Tractor tracks bend round the opening to the wood, 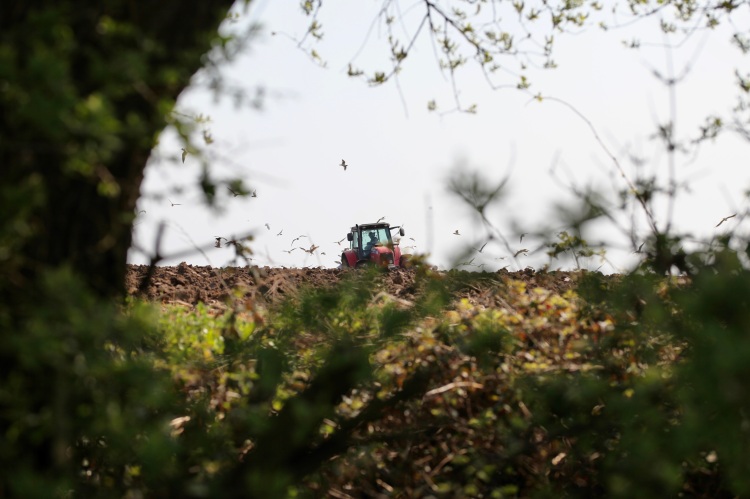 while through the hedge to the far left the screeching of groupie gulls alerted me to ploughing in Roger Cobb’s top field. 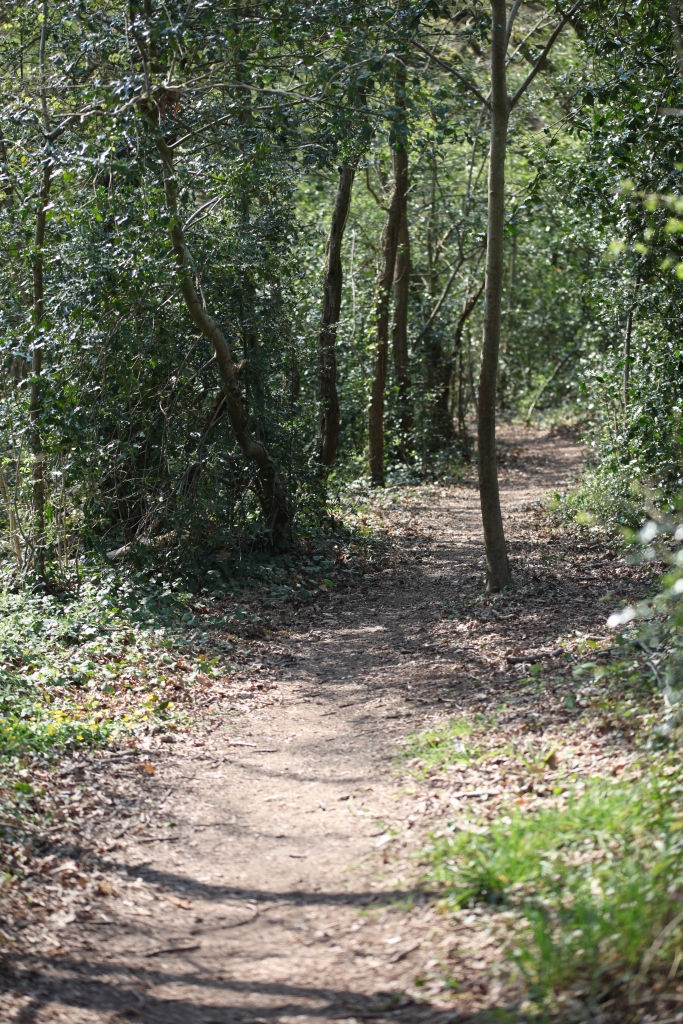 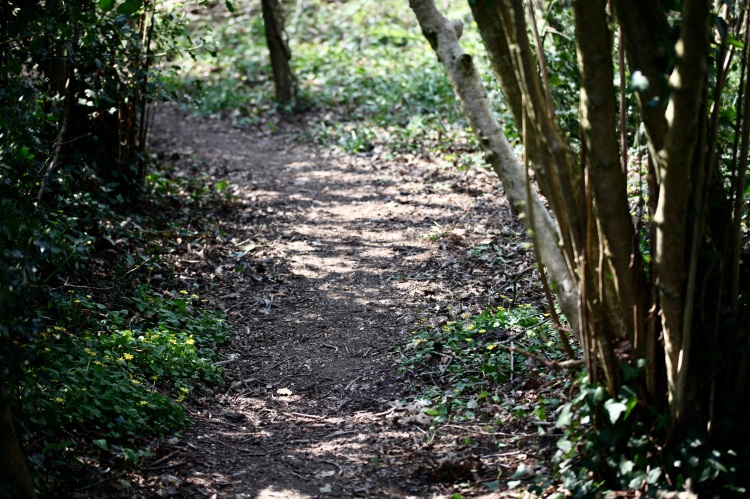 I stepped into the trees to keep my distance from two male neighbours I had never met before who lived at the corner of Hordle Lane opposite The Royal Oak. 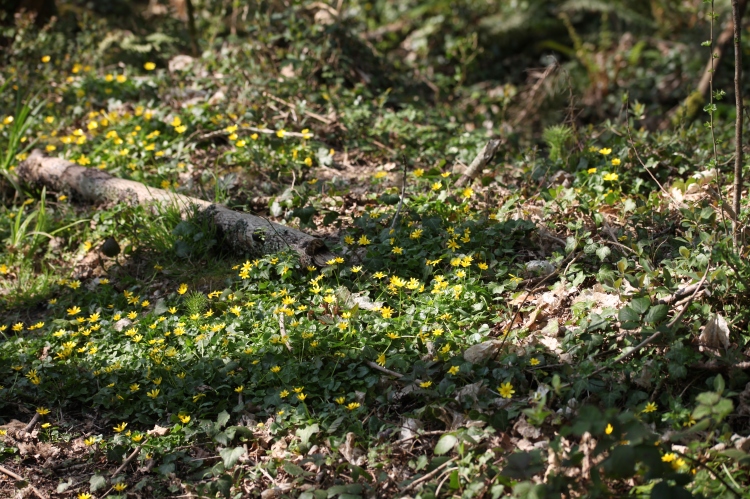 Among the ubiquitous yellow flowers, in various stages of disintegration in their return to the soil 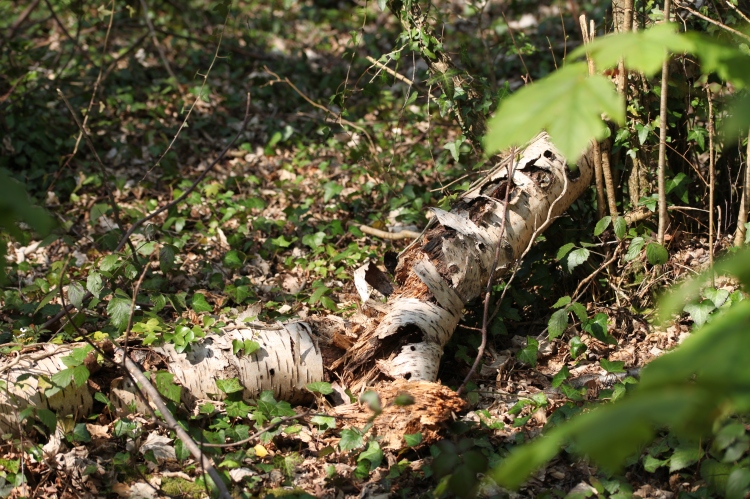 lay broken branches of birch and other arboreal debris. 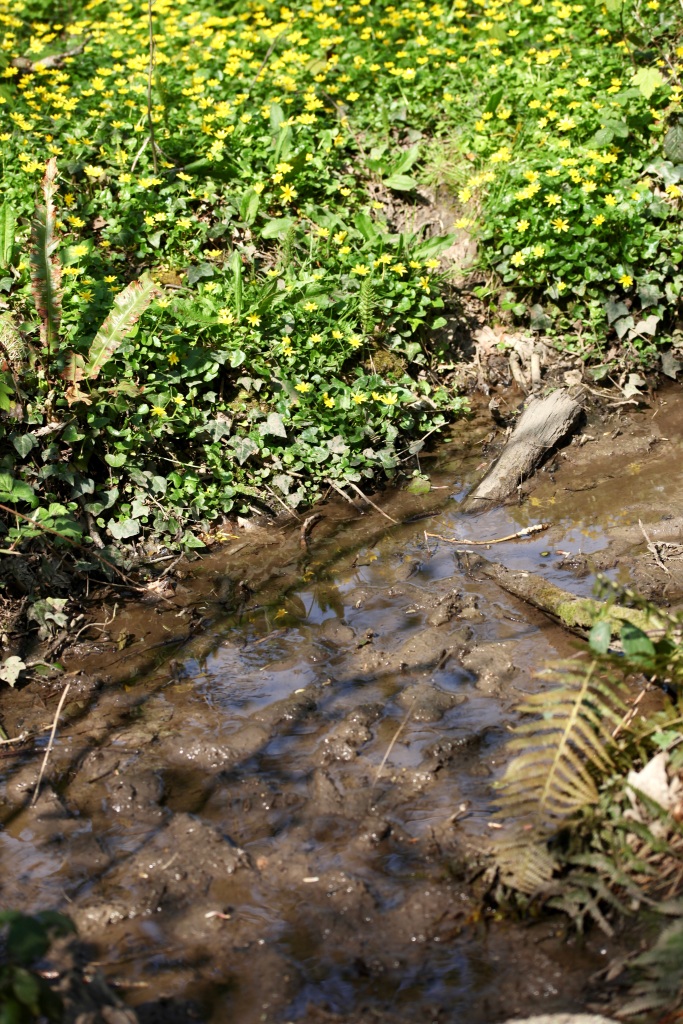 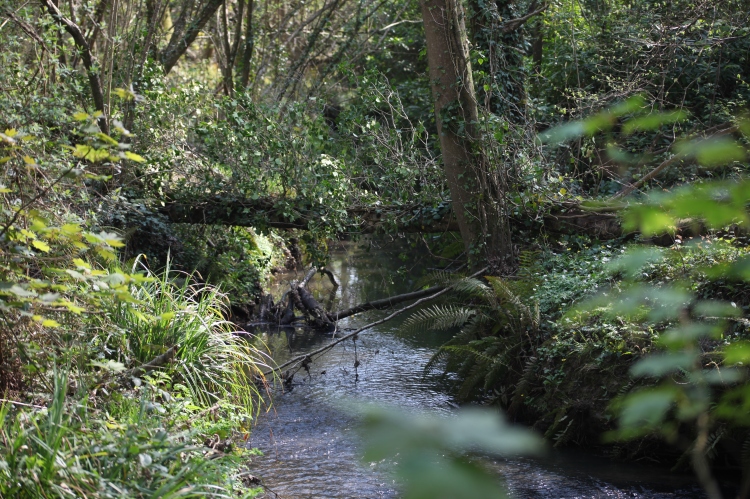 the greater watercourse which would normally cover

this fallen limb against which it now laps and ripples.

This time I crossed the bridge, continued a short distance up the mounting slope. and backtracked past 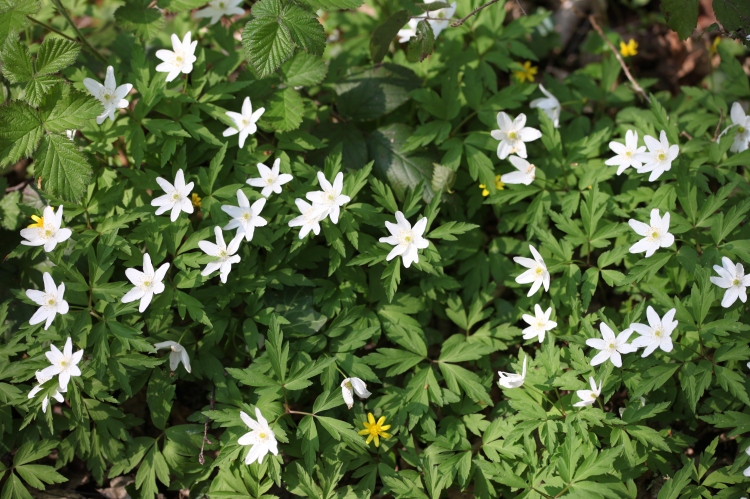 a clump of starry wood anemones. 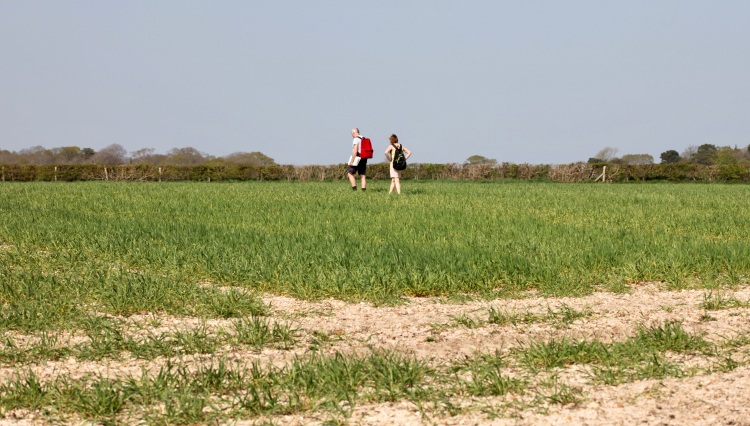 the two gentlemen I had seen earlier as, keeping their distance, they crossed to my chosen hole in the hedge and presumably returned home before I did.

This evening we dined on succulent roast pork; roasted new potatoes in their skins; crisp sage and onion stuffing and Yorkshire pudding; crunchy carrots and firm Brussels sprouts; red cabbage cooked with onions and garlic in red wine with a touch of balsamic vinegar; and tasty gravy, with which Jackie drank Hoegaarden and I finished the Mezquiriz.

86 thoughts on “Walkers In The Field”