This morning I added three informative Facebook link comments, one from Becky, one from Lesley O’Neill, and one from Jackie herself, to yesterday’s post. 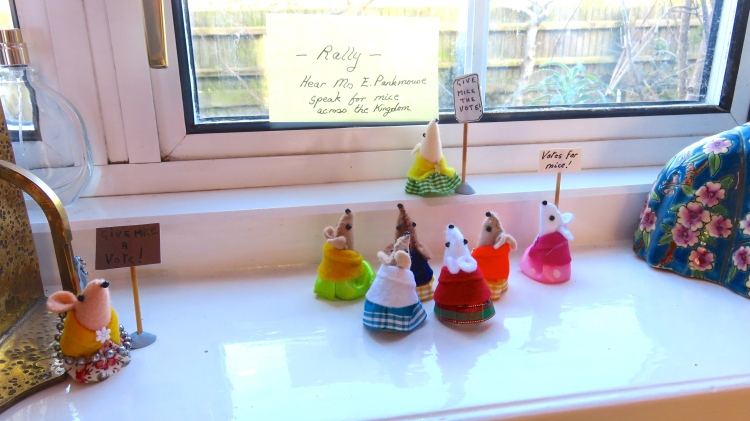 Some of you will remember the nomadic mice from Christmas. Having joined the suffragette mousement, they have now taken up a position on the sitting room window sill. 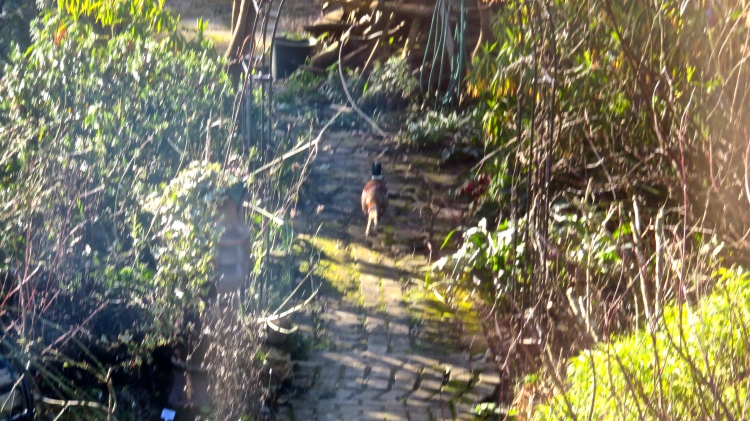 Albeit out of focus and through an upstairs window pane, I was today able to shoot the pheasant which was wandering around the garden as if he owned it. In an attempt to take a clearer photograph, I then walked out into the garden. By this time it was nowhere to be seen, until it squawked, flapped, and lumbered off like the R101, from the next door jungle. 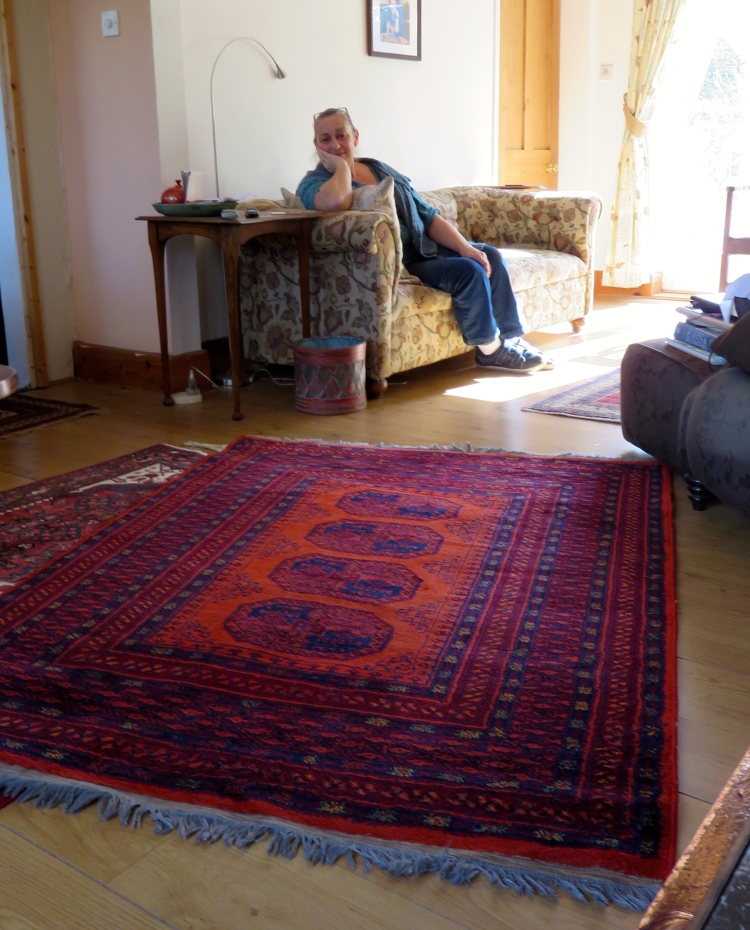 Before lunch we drove to Molly’s Den in search of a birthday present, and bought, at a good price, a hand-woven Afghan rug from Khiva for ourselves. The design apparently dates from the 18th century. 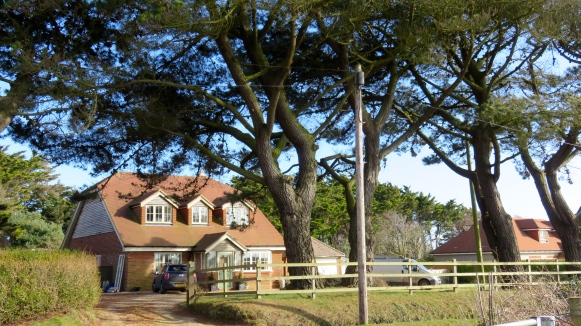 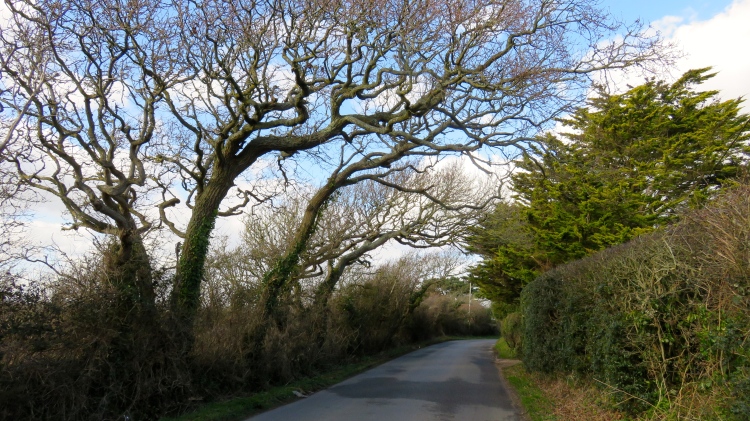 This afternoon I set off to walk down Downton Lane. I got no further than Roger’s footpath before retracing my steps to the back drive where I had noticed I had a job to to. Number 27 and its pines basked in the sunshine, as did the still naked oaks. 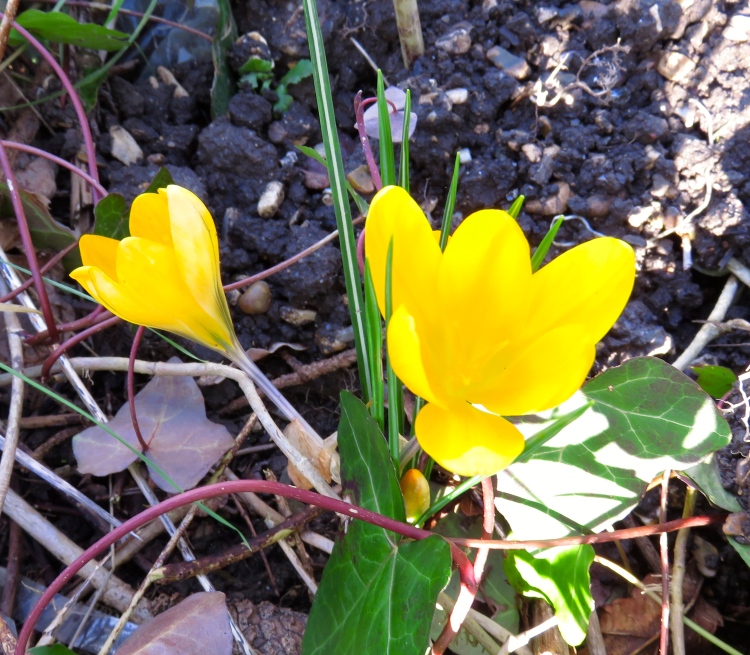 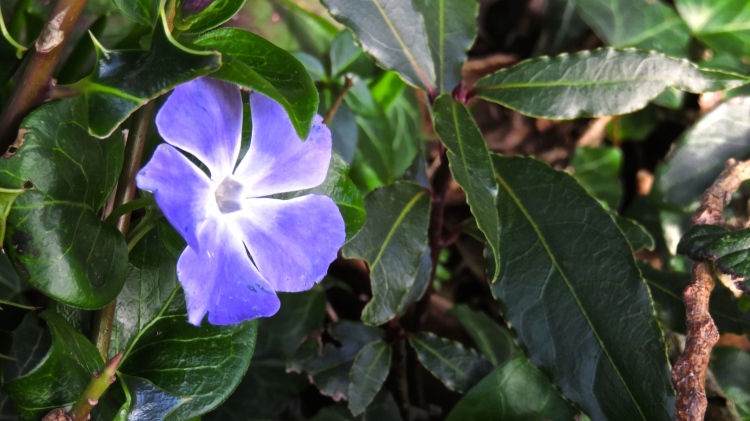 We now have yellow crocuses and a spread of periwinkles of various types. A crow took off from our mature copper beach, itself still leafless. 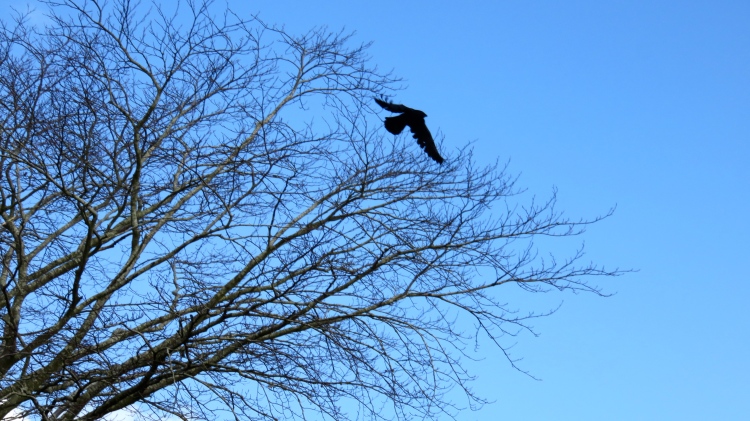 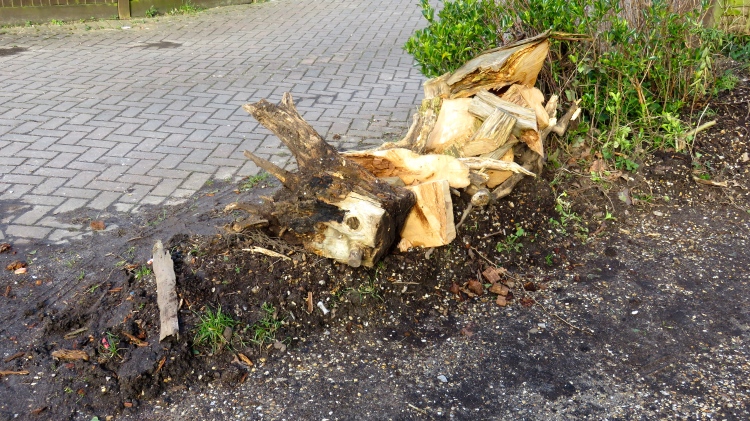 Most of the insect Hilton hotel rooms have now been stolen. Perhaps, given the number of wood burning fires in the area, I should not have been surprised. Especially as a couple of days ago I watched a van take the diagonal across the end of our drive into the care home on the corner, I decided to relocate the log pile to the safety of the rose garden plot.

My original structure had filled five wheelbarrow loads. In retrieving what was left I barely completed two. At least that made the task a little easier.

This evening we dined on Mr Pink’s superb takeaway fish and chips with pickled onions and mushy peas. Jackie drank Hoegaarden and I finished the rioja.